Find NYCCoin (NYC) only on Okcoin 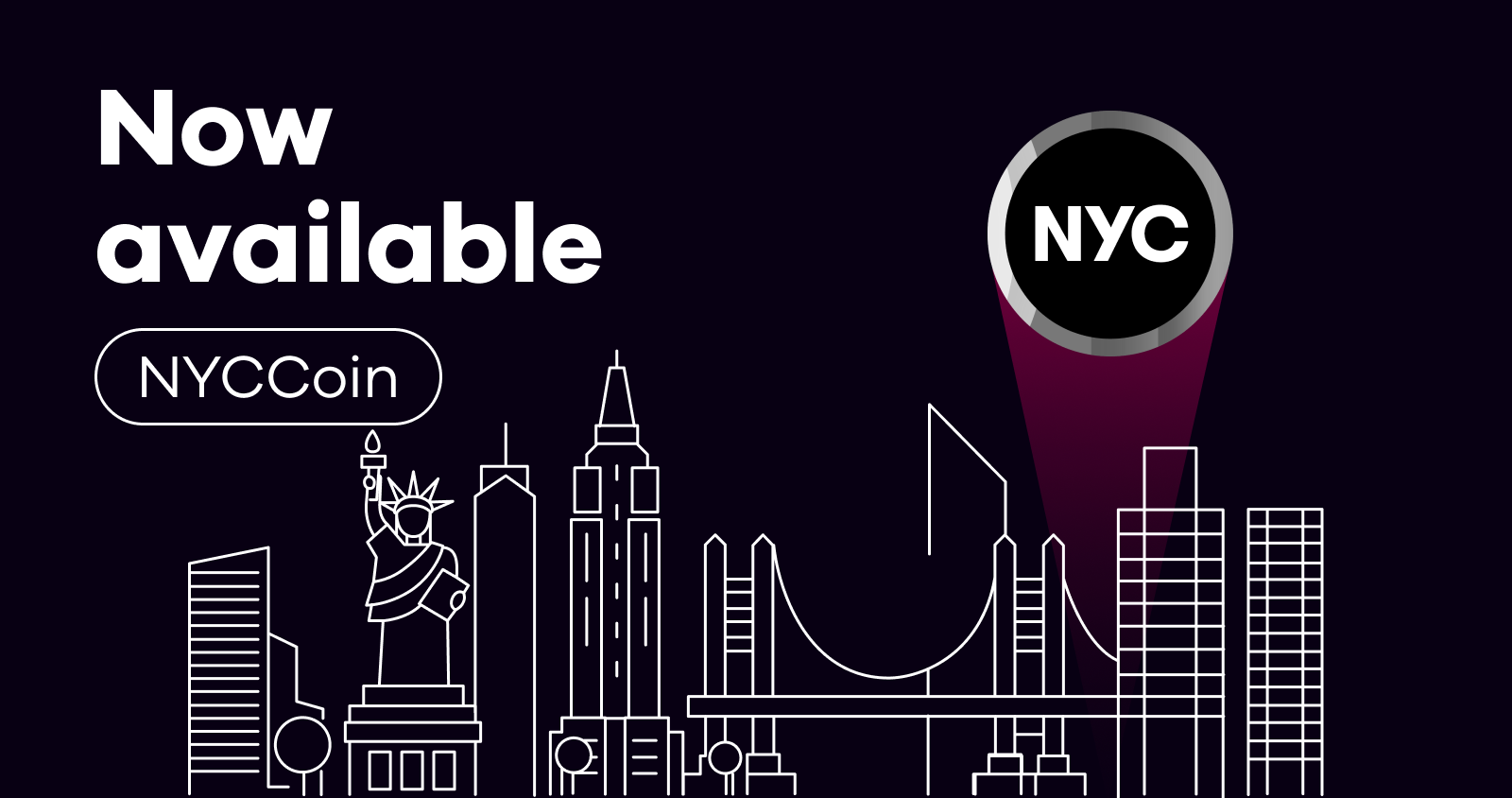 Find NYCCoin (NYC) only on Okcoin

Okcoin is the first exchange in the world to list NYCCoin, the CityCoin for New York City. Here’s what it’s all about, in simple terms. 🍎

What is NYCCoin (NYC)?

NYCCoin (NYC) is the CityCoin for New York City. The first CityCoin to launch was MiamiCoin (MIA), which is also available exclusively on Okcoin.

CityCoins are tokens built on top of the Stacks blockchain. They allow holders to earn stacking rewards, support a city by growing its treasury, and program new applications. Since its launch a few months ago, MIA has already earned Miami City’s treasury more than $30 million.

CityCoins are a grassroot movement, but New York City’s Mayor Eric Adams and his administration are bullish on crypto and how it can transform citizen engagement. He tweeted his greetings to NYCCoin and called the city “the global home of Web3″ – indicating New York City might be into crypto for the long haul. 🚀

CityCoins are a new way for people to help grow the cities they care about. CityCoins holders get to:

CityCoins are programmable so their utility will grow over time and with the different use-cases local communities need, such as businesses offering discounts or benefits to people who “stack for their city,” and more.

How do CityCoins work?

We’ve been enthusiastic about the Stacks ecosystem since day one, because it allows building smart contracts on top of Bitcoin. That’s why we were the first regulated exchange to list its token, STX, and remain the only exchange to offer stacking. “Stacking” is Stacks’ version of staking, with a twist: It allows STX holders who lock their funds over a fixed period of time to earn rewards in bitcoin. 🤑

What does that have to do with NYCCoin? Mining: NYC coins are mined by forwarding STX to the CityCoins smart contract on the Stacks protocol. Out of all the STX that miners forward:

This means only STX holders are able to mine NYCCoin and earn extra STX.