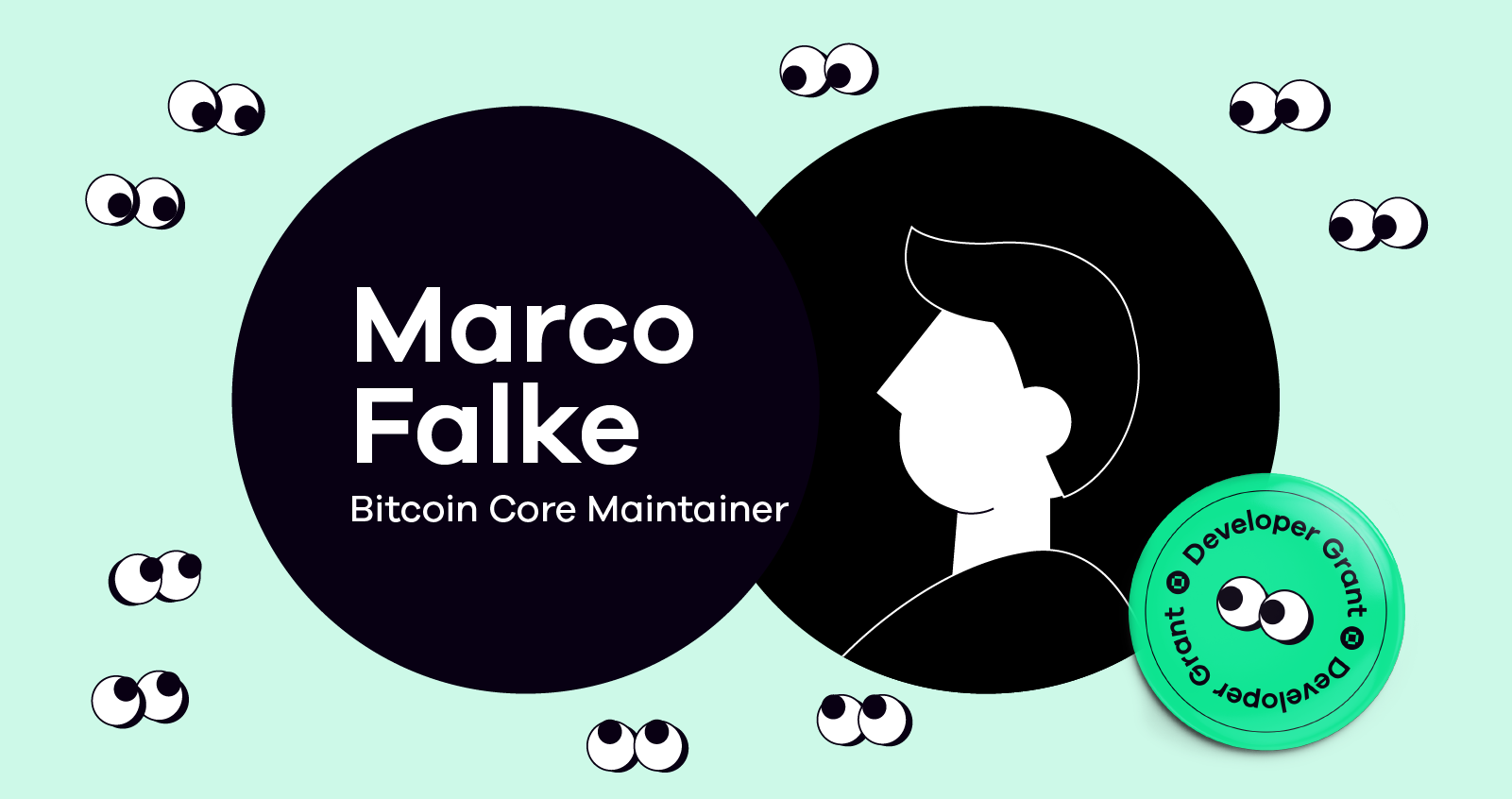 Okcoin is awarding a second yearly grant to Marco Falke, Bitcoin Core’s most prolific developer, in order to support his work for another year. He tells us more about what he has worked on during the last twelve months and what challenges lie ahead for Bitcoin. 👀

We’ve now invested more than $1,000,000 in Bitcoin open source development through our developer grant program. All of our grants are:

When asked to summarize what he has focused on for the last year and what he will keep working on with this new yearly grant, Marco singled out three areas: testing, modularization, and outreach.

As we explained in our blog introducing his work, Marco hunts for vulnerabilities in Bitcoin’s code thanks to a technique called fuzz testing. Put simply, it works in two steps:

That requires resources though. Thankfully, Bitcoin Core’s fuzz testing capabilities improved this year with the integration of OSS-Fuzz, a tool developed by Google to bring more fuzzing firepower to open source projects. Thanks to this improved framework, some previously unknown vulnerabilities have been discovered and a last-minute bug was identified before the last version of the software (22.0) was released. Marco thinks the framework has improved quite a lot but will need to be further improved and deployed on parts of the code that haven’t been tested as much yet. 🚀

Modularization is a fancy word to refer to the process of structuring a code base into separate modules. Why would you do that?

Marco’s goal has been to make the mempool module optional – the mempool is where valid Bitcoin transactions wait to be confirmed. That required other changes in the code, which have all been integrated now. This means it will now be possible to make the mempool optional, which will in turn make development easier and decentralization cheaper. 💪

Finally, Marco focuses on onboarding new developers to the project. He was for instance a mentor during the Summer of Bitcoin internship program, where he provided help and guidance to developers interested in helping the project. Having been involved in Bitcoin development since 2015, Marco has seen the development landscape evolve and mature. There are more funding initiatives like our grant program now, which helps to get more competent developers onboard and work long-term on the project.

Our research shows a lot of users are still not aware that Bitcoin developers are volunteers and that funding them is the responsibility of the broader community. That’s why, with the help of Marco, and in partnership with Brink and OpenSat, we published a short ebook about how Bitcoin development works and how it’s funded.

Read our free Giving back to Bitcoin ebook