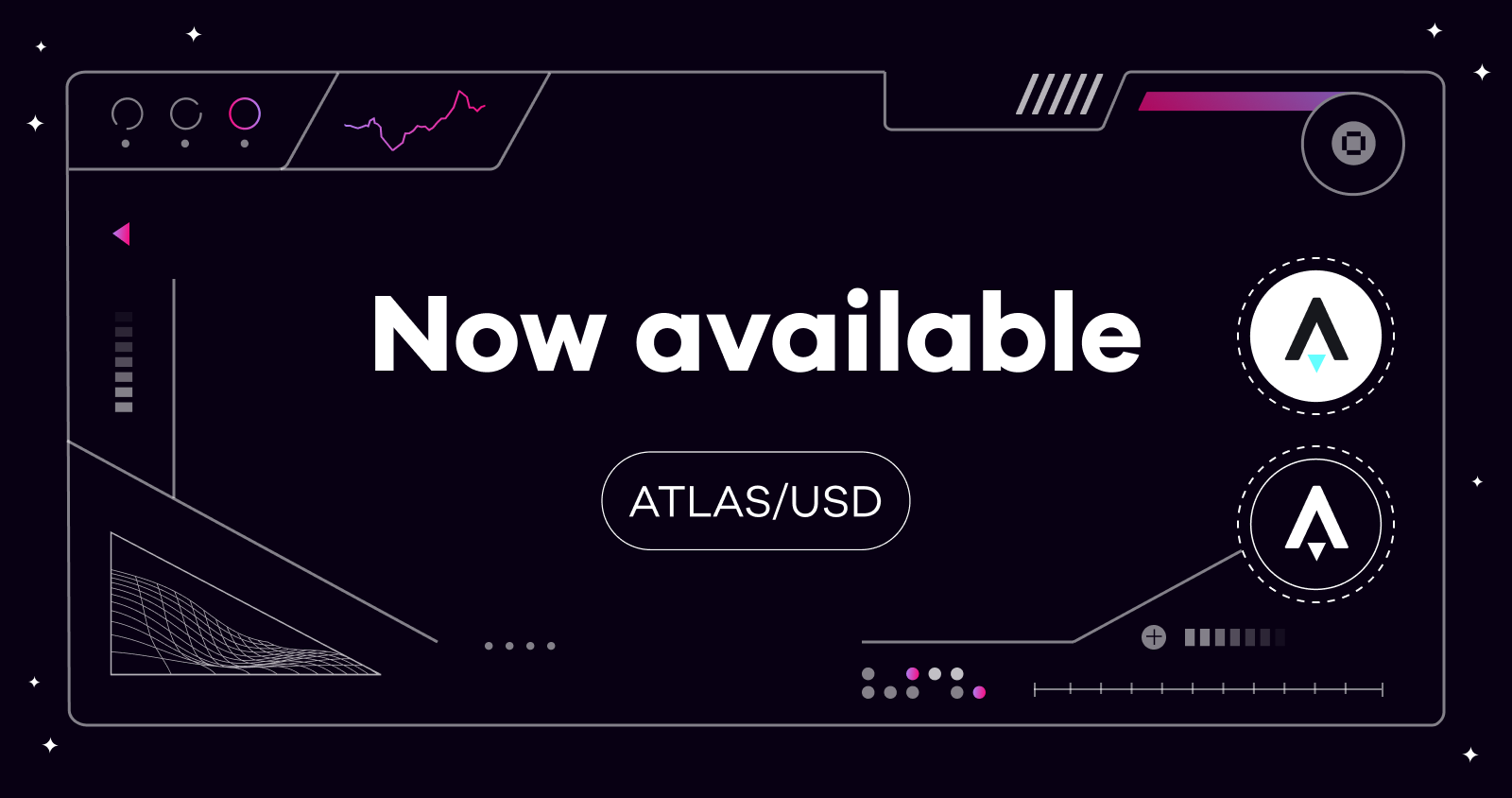 Okcoin is the first U.S. licensed exchange to offer Star Atlas (ATLAS) deposits, withdrawals and trading against USD, with some of the lowest fees around. To celebrate, we’re giving away 10,000 Star Atlas spaceships. 🚀

Star Atlas is a next-gen multi-player metaverse video game built on the Solana blockchain. To start with, the team aims to launch an in-browser mini-game feature set in October. A fully immersive 3D game, built on Unreal Engine 5, will follow. Even though it hasn’t launched yet, the game is often described as “the future of blockchain gaming”.

Set in 2620, the universe of Star Atlas opposes three factions – humans, aliens, and sentient androids – fighting for the control of planetary resources across the galaxy. The game mixes elements of

Axie Infinity popularized the “play-to-earn” concept that Star Atlas incorporates but what’s special about Star Atlas is that players can own or trade almost everything in the game as an NFT – that’s how players can earn crypto in the game and what makes its design so innovative. This contrasts with traditional gaming models where players effectively rent what’s in the game (the character, its weapons and tools, etc.) but never get to own any of it – when players stop playing, their hands are left empty. On top of owning the game’s assets, players can put them to work to earn crypto rewards by completing quests, growing the metaverse, and more.

What is the ATLAS token?

What is the POLIS token?

POLIS is Star Atlas’ governance token. Its main uses are:

How to claim your Star Atlas spaceship

That’s it! Be quick though, all conditions must be met between September 29 and October 29. Terms and conditions apply – learn more.