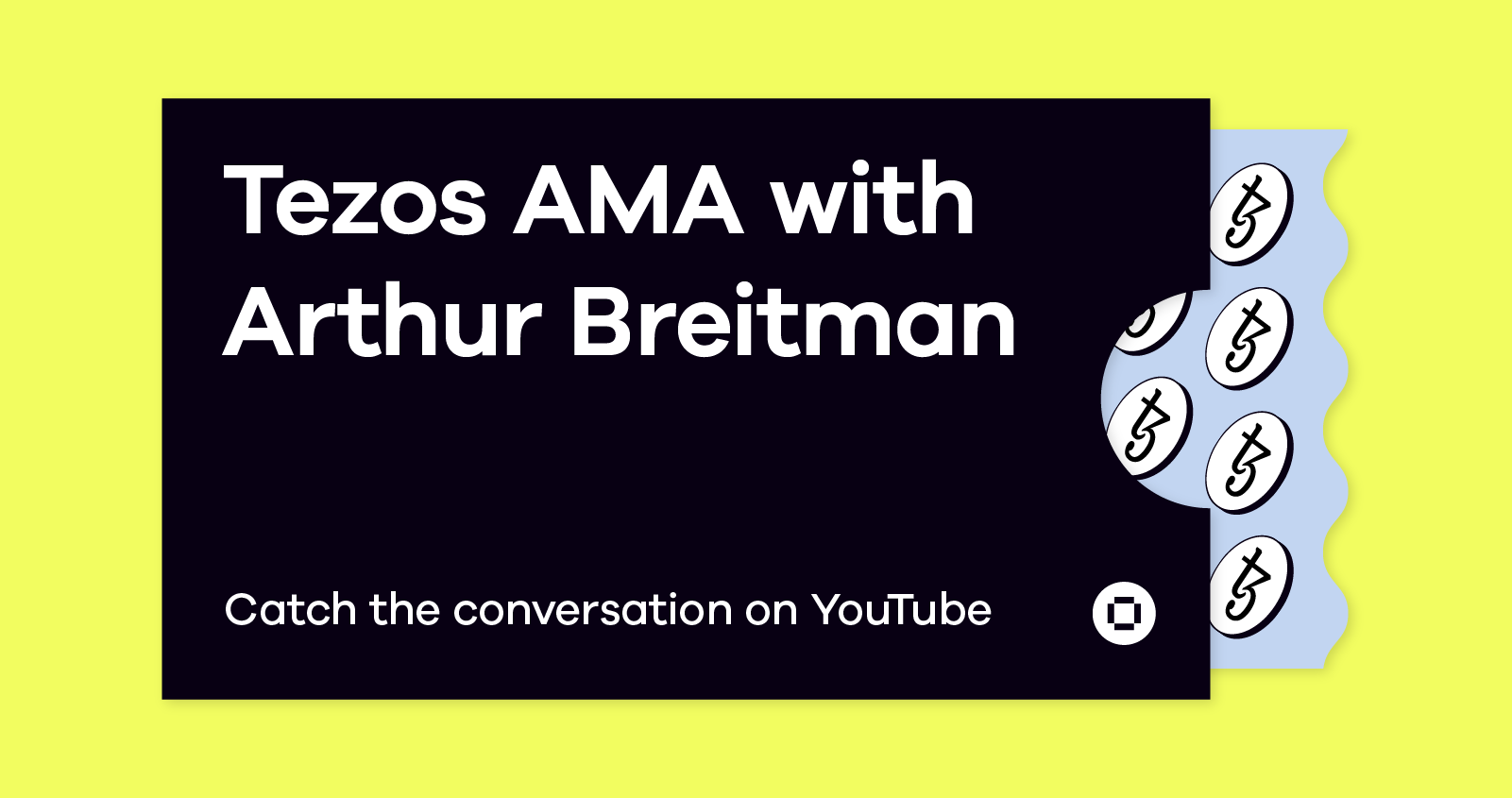 Okcoin recently launched buy, sell, trade and staking offers for Tezos (XTZ). We sat down with Arthur Breitman, Co-founder of Tezos, to discuss the XTZ token, proof of stake, staking, adoption and more.

Some of the topics we discussed:

To watch the full conversation, check out the AMA video:

Below in an edited transcript of our conversation with Arthur Breitman.

Okcoin (Tony Edward): Let’s start with the history. What made you decide to start Tezos?

Arthur Breitman: What was fascinating for me was this idea that the algorithm that underpins the ledger of a cryptocurrency can change, that it’s something socially constructed. There’s an agreement that this is everyone’s balance, and that the way we maintain it is not set in stone. But that generates practical questions: How do we change it? How do we maintain this kind of social agreement around the ledger while changing the underpinning algorithm or consensus method or protocol?

There were two schools of thought:

I thought there was a way to get around this dichotomy, which was to use the consensus making ability of blockchains in order to get consensus over the changes themselves. The idea was that you can develop a rule set that can provide rules for its own modification. So you want to have a fully introspective protocol that has rules about how the rules evolve. That was Tezos. I found the concept intellectually fascinating, and that’s why I ended up falling into this rabbit hole.

Arthur Breitman: Sure. I mean, there are many things that make Tezos unique. But in general, I insist on three aspects:

So those are the main properties of Tezos, those that really set it apart.

Okcoin: Tell us more about the benefits of staking and holding the XTZ tokens.

Arthur Breitman: Tez by itself, the cryptocurrency, has a ticker, which is XTZ, but I like to refer it by its name – Tez. By itself holding Tez can give you block creation rights. So just by holding Tez, not even staking it, just by holding Tez, once in a while, you’re going to get the rights to create a block. And then you can exercise that right yourself. If you exercise that right, what you’re going to do is you’re going to put up a bond, cut your block and then after a while your bond will be returned to you. That’s the mechanism for block creation.

Okcoin: As the co-founder, what’s your long-term vision for Tezos and how far the project has come and grown? What’s your outlook and vision for it?

Arthur Breitman: I think scaling, becoming bigger and more pervasive, is going to be quite important. Underpinning a lot of transactions, underpinning a lot of financial activity, and not just financial activity: I think every asset can be represented and will be represented on this type of network, including arts, equities, commodities, derivatives, all of these assets are going to find a place on blockchains. And I think the goal for Tezos is to be the preferred place where all of these things take place.

Okcoin: On that note, let’s talk about some recent adoption news, which were pretty big and exciting, such as the launch of the USDC stablecoin on the Tezos blockchain. Can you talk about it right now?

Arthur Breitman: I probably don’t know that much more than you do but I know that Circle is big in the stablecoin space and that USDC has started becoming one of the biggest stablecoins. I think the biggest is probably still Tether, but USDC certainly has seen a ton of growth. USDC runs on a few chains and one of these is going to be Tezos. I think that’s quite important if you want to interact with USDC on the Tezos chain. That can be useful for DeFi applications, for payments, for a bunch of other things.

Okcoin: In addition, there was also the McLaren racing team, which is going to be using Tezos for the Formula One NFTs. That sounds very exciting with the boom of NFTs.

Arthur Breitman: Yeah, that’s right. So it’s both McLaren and Red Bull Racing who are issuing NFTs to engage with their fans. They’re using the Tezos blockchain as a platform for this endeavor.

Okcoin: Are there any hints to what we can expect from Tezos for the remainder of the year? I know there are certain things, probably under NDA and a PR release, but any hints you can give us?

Arthur Breitman: Yeah, sure. We’re having more governance proposals that are going to be put forward. Right now we are just about a little more than a week away from the activation of Granada. And Granada comes with an interesting feature.

Most radical upgrades so far have been technical: changing technical parameters in the protocol or upgrading the consensus algorithms to have faster virtual machines. There is something quite new in Granada called liquidity baking. And the idea is to use a bit of inflation – in total about 0.12% I think. So we would extend the money supply by 0.12%. And then we would use that for the next six months as a subsidy for providing liquidity on a chain between Tez and a wrapped version of Bitcoin called tzBTC.

That’s cool because you might say that a lot of technical changes could be done with a hard fork, because they’re uncontroversial and just provide a faster way of doing things. Why do you even need to have an upgrade in these cases? People can just install the new version, it’s the same protocol.

Whereas here, choosing basically to use a little bit of inflation in the money supply to solve a collective action problem, which is the provision of liquidity, is I think quite novel and interesting, especially for an L1. So we’re going to see how this plays out as an experiment, but it’s definitely something to watch closely. And that starts in just about seven days.

We also have new proposals on the line. Proposals are typically named after letters of the alphabet and cities. So G for Granada. Before that we had F for Florence. Proposal H is likely going to include a new consensus algorithm called Tender Bake, which brings finality to every block. Right now you get some pretty decent statistical finality after just five blocks, but here you will have shorter block times and faster finality, which is quite useful.

After that, one of the big projects on the roadmap of the different teams working on the protocol such as Nomadic, Marigold and more is to get optimistic roll-ups on the platform. There’s one way you can build optimistic roll-ups: build the main installation from the chain and just bring the roll-ups in. But if you build them inside the protocol as first class citizens, they can get a little more efficient. And so the idea is to have them as first class citizens in the protocol.

Okcoin: Anything else you think any users new to Tezos should know about?

Arthur Breitman: Yes: We are having a tremendous amount of activity right now on the chain. The amount of smart contract calls has been growing exponentially since the beginning of the year. We’re just setting new records in usage and adoption every month.

The most active art marketplace across all blockchains is not on Ethereum, it’s not on Polygon, it’s not on any of these platforms: it’s on Tezos. I think there’s a tendency for people who are not that familiar with Tezos to think Tezos fell off the radar. But actually, no, there’s a tremendous amount of activity going on in the chain right now, and I think if you’re not paying attention to all the activities that have been going on Tezos you’re missing out on something potentially cool and you should really check it out for your current or next project, because there’s a bit of a boom happening in the application space here.

Okcoin: Arthur, we’re so excited for the future of Tezos. Thank you for joining us today, we look forward to seeing the updates that are going to be rolled out this year.