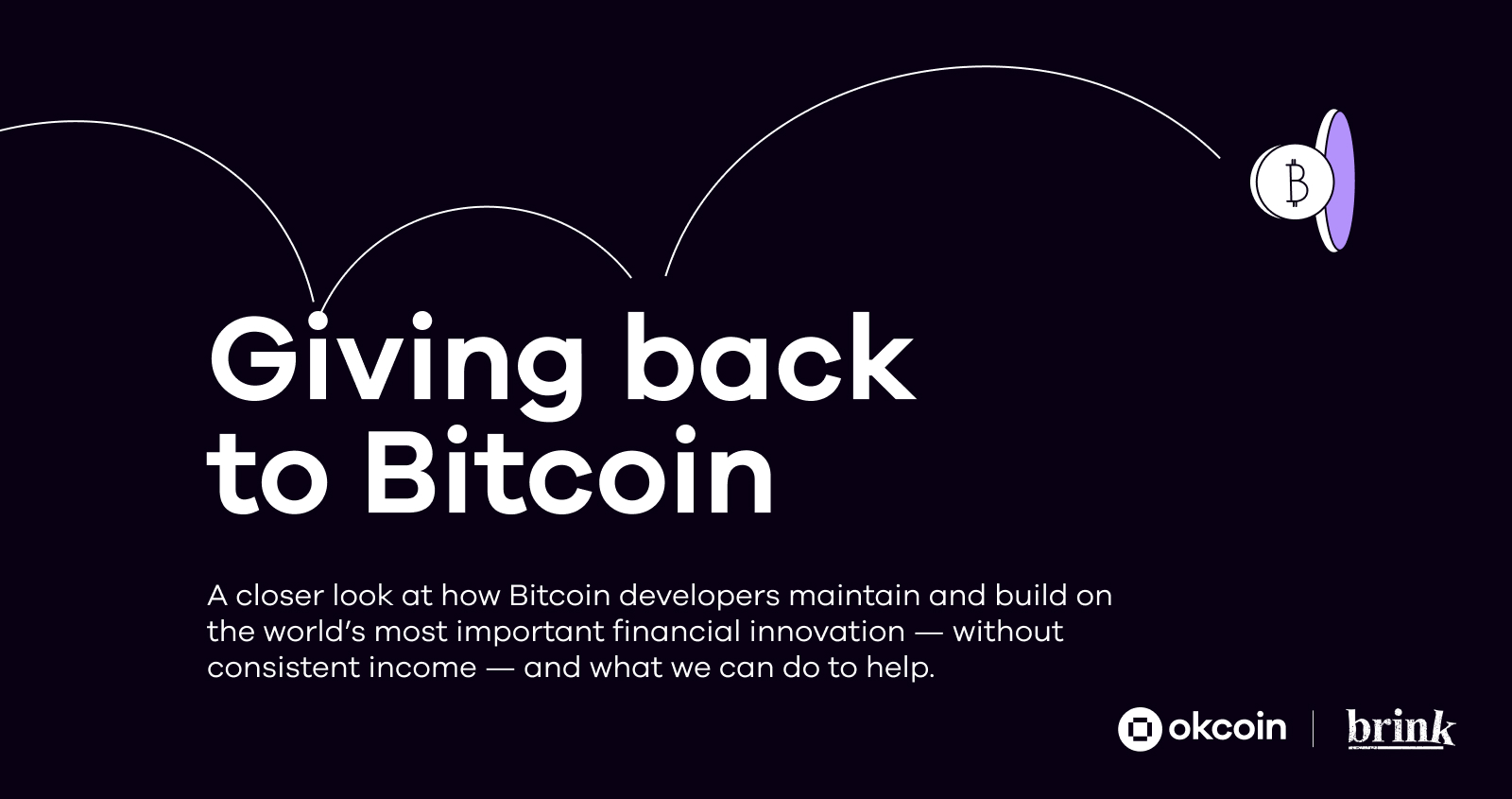 In partnership with Brink and OpenSats, we’re sharing an ebook based on a new survey with 477 respondents about how Bitcoin development works, how it’s funded, and how people think about it.

Explore the Giving back to Bitcoin ebook

Since the launch in 2019 of our Open Source Developer Grant program, we have awarded more than $1 million in grants to Bitcoin and Lightning developers with no strings attached. In the last year and a half, more companies have joined us in this effort but we remain convinced funding Bitcoin development remains an under-appreciated endeavour.

How does Bitcoin work? Who pays for the maintenance and development of its software? In June, Okcoin randomly surveyed 477 customers to learn more about their awareness of how the protocol is maintained and how they think developers are compensated. There are two main findings to highlight here:

Before 2013 there was not a single paid developer working full time on Bitcoin. Today estimates are 20-30 developers. It can be difficult to understand Bitcoin’s development model or even why it should be funded at all. To shed some light on these issues, our ebook covers:

The main takeaway is that for Bitcoin to reach the next billion people, development is going to need help from everyone, whether regular users, companies, educators, and more. We close the ebook by detailing the various ways each of us can help giving back to Bitcoin.

Explore the Giving back to Bitcoin ebook