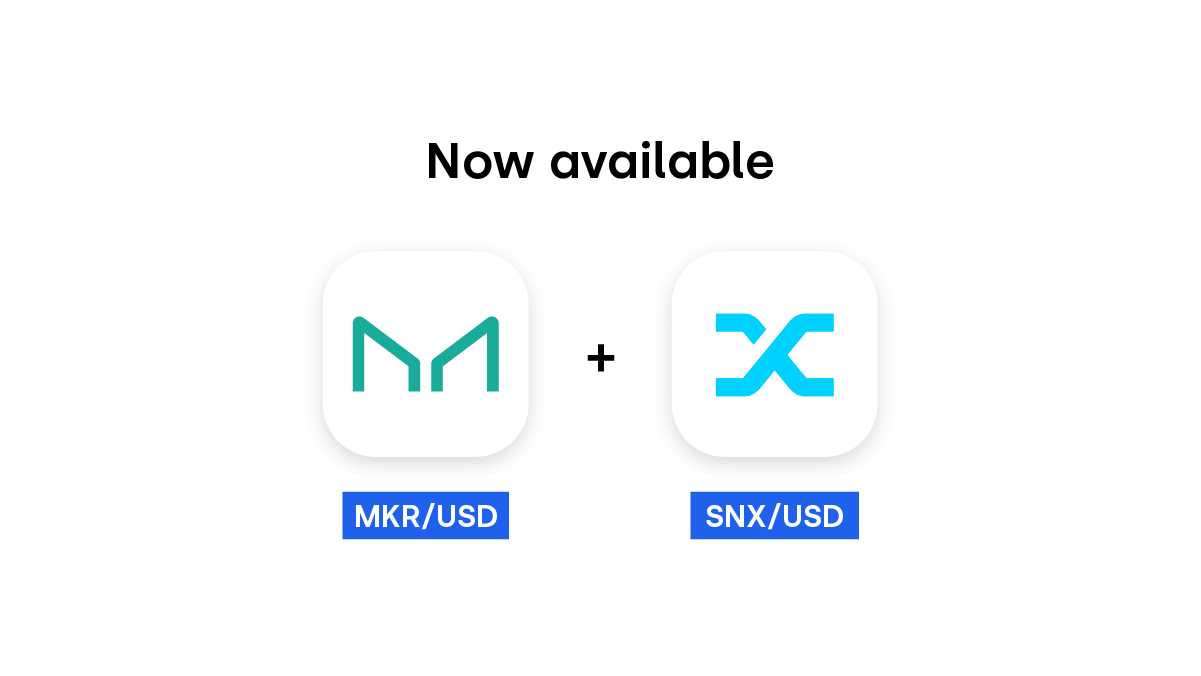 As of today, March 30, we’ve added two major decentralized finance tokens to our platform: Maker (MKR) and Synthetix Network Token (SNX). These crypto assets will be available to all OKCoin customers in the United States and internationally, excluding those from the European Union, the United Kingdom, Singapore and Brunei.

We’re excited to add these major DeFi tokens, which will both be available to buy and sell for USD on OKCoin — giving our customers access to some of the oldest, most robust DeFi ecosystems on the market.

What are governance tokens in DeFi?

MKR and SNX are the native tokens of Ethereum-based decentralized finance protocols Maker Protocol and Synthetix Network, respectively. In addition to other functions, both assets fulfill the role of what’s known as a “governance token,” meaning they can be used to vote and make decisions about the protocol that they belong to.

Governance tokens exist to make decision making for crypto projects more decentralized, and less like a traditional corporate structure. Governance token holders are given control over influencing and proposing changes and developments for the project or protocol. Generally, such crypto projects with governance tokens are run by a system called a decentralized autonomous organization, or DAO. MKR and SNX both give their holders control over their projects’ respective DAOs.

Note: MKR and SNX can be traded on OKCoin like any other crypto assets. But to activate their governance rights and properties, you need to move the tokens to a governance pool on the respective protocol.

Again, MKR is the governance token of the Maker Protocol — a decentralized lending protocol and one of the first and largest DeFi applications in existence. MakerDAO is aptly the name of this project’s DAO, also known as its “governance community” — it’s how MKR holders can vote to make changes to the Maker system.

Maker is currently the largest DeFi protocol in terms of total USD value locked on the platform — currently over $7 billion.

The main purpose of the Maker Protocol — again, governed by the MakerDAO using MKR —  is to manage the creation of another asset, DAI. DAI is a stablecoin — meaning its value remains stable, in this case equal to the U.S. dollar. When users lock up assets inside the Maker Protocol, new DAI is minted and can be used for lending and earning in Maker, as well as across other DeFi protocols.

Why does this matter to MKR? Because, again, MKR token holders can directly influence DAI’s creation and policy that makes it function, including interest rates and types of collateral.

Synthetix Network Token is the native token of the Synthetix Network — an Ethereum-based derivatives trading platform, originally launched in 2017 under the name Havven. Synthetix lets you create and trade blockchain-based assets (known as “Synths”) that track the value of other existing assets, including other cryptocurrencies, fiat currencies like USD, and commodities. Synths are traded on Kwenta, a decentralized exchange, or DEX.

Currently, Synthetix is the 8th largest DeFi protocol in terms of total value locked, with about $2 billion on the protocol.

SNX holders can mainly use their tokens to create a new synthetic asset, or Synth, by staking them: SNX acts as collateral and the synthetic asset as debt. Token holders also participate in protocol governance by voting to influence decisions within the project’s DAOs.

Synthetix was originally led and governed by the Synthetix Foundation. As of 2020, however, the governance of the protocol has been split between three DAOs:

Get started: you can deposit SNX and MKR on OKCoin today.