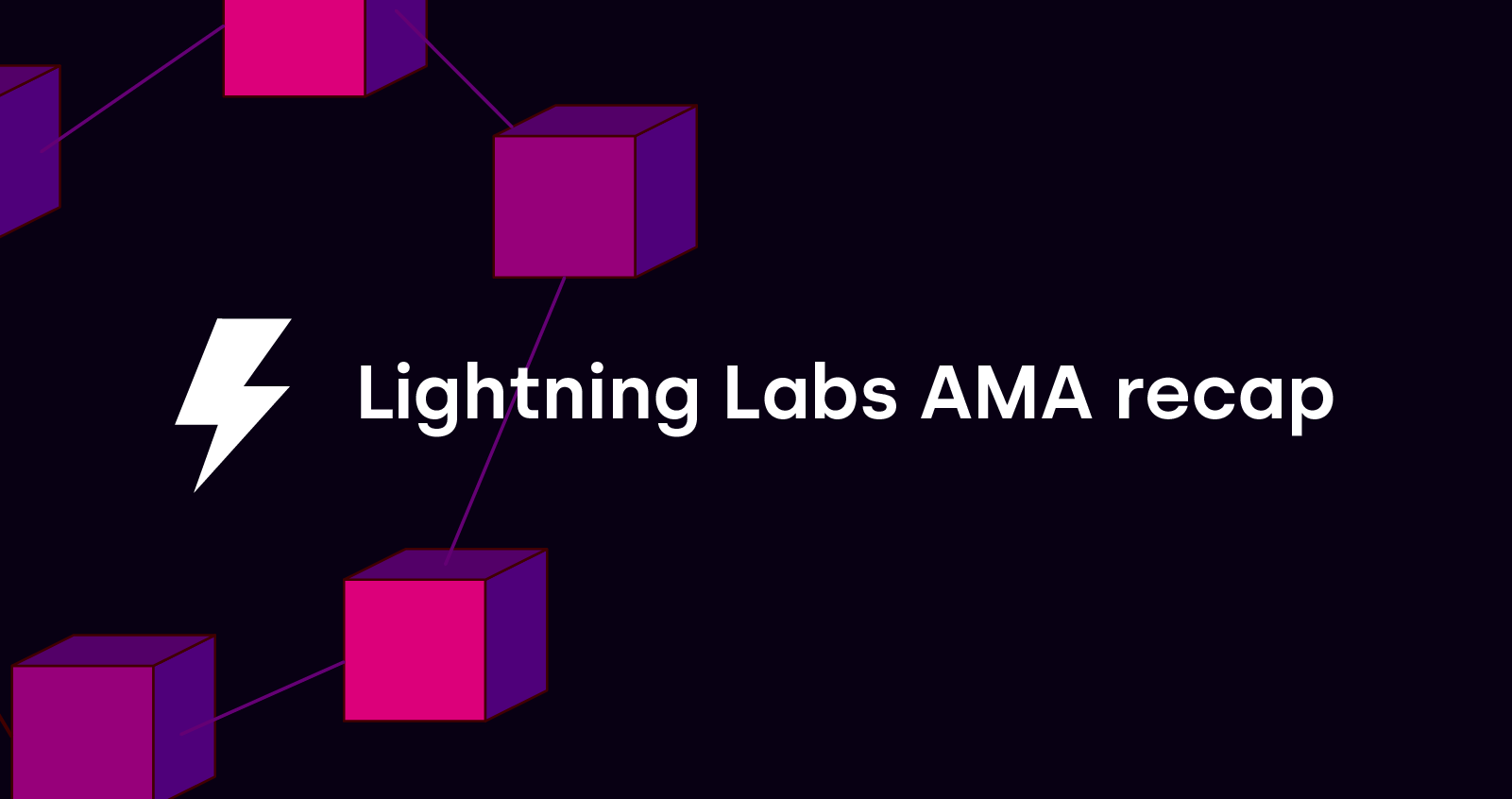 Last week, OKCoin became one of the first exchanges to implement the Lightning Network. We also awarded a new grant to Bitcoin and Lightning developer, Antoine Riard. Just a few days after these announcements, on International Women’s Day, OKCoin CEO Hong Fang sat down with Lightning Labs cofounder and CEO Elizabeth Stark for an ask-me-anything to discuss the current state of the Lightning Network, its new use cases and how Lightning developers are working to bring Bitcoin as a payment system to the mainstream.

To listen to the full conversation, check out the AMA video:

Below are the highlights of our conversation with Elizabeth Stark.

Summing up the function of the Lightning Network and Lightning development company Lightning Labs, Stark stated: “What we’re really working on at Lightning Labs is building out the potential for Bitcoin as a monetary network.” In the current COVID-induced macroeconomic climate, as she pointed out, Bitcoin has gotten a lot of attention for its function as an asset, and in particular, a store of value.

But Lightning Labs is focused on Bitcoin as a way to transfer value. To illustrate the current problem with transferring value globally today, Stark compared sending money across borders to sending an image in any messaging app. Sending an image is any popular app easy, and the process is essentially the same for each one. “Why don’t we have the same for money? […] Why don’t we have natively embedded value on the internet? And that’s really what we’re really building with both Bitcoin and Lighting.”

She continued: “In the community, we hear a lot about ‘number go up’ technology. What we’re working on is ‘number of people go up,’ in terms of lives impacted by Bitcoin, the number of people using Bitcoin […] If we’re trying to bring this technology to the next billion [people] […] what we need is technology that can bring it to the masses.”

She explained that Lightning provides this technology, as a second-layer network built on top of Bitcoin and benefiting from its security features. The difference between Lightning and the Bitcoin base layer is that Lightning allows for “local consensus between participants” — meaning transactions can be settled faster. Stark’s company, Lightning Labs, is an infrastructure company that builds an implementation of Lightning called LND — or The Lightning Network Daemon.

As Stark pointed out during the conversation, the Bitcoin base layer is currently capable of handling 5 to 10 transactions per second. But the demand for Bitcoin transactions, she argued, greatly exceeds this limit and frequently makes the transaction fees spike. On the other hand, Lightning can run “potentially hundreds of thousands of transactions per second,” with very low fees. She also pointed out that the Lightning Network also allows you to send as little as one satoshi (a fraction of a cent), pointing out that traditional credit card networks cannot transact such a small sum.

These features of Lightning make it ideal for use cases such as video game payments where “you don’t want to wait 10 minutes” for the transaction to go through on the Bitcoin base layer, Stark argued.

“In the past year, a whole host of new use cases have popped up,” Lightning Labs’ CEO noted. She mentioned the company Zebedee and its recent implementation of BTC payments in popular video game Counter-Strike: Global Offensive. The Bitcoin integration for CS:GO — which uses Lightning to enable small, instant BTC transactions in the game — has already seen over 100,000 downloads.

The Lightning Network also allows the exchanges that adopt it to offer cheaper and faster transactions to their customers. As of last week, OKCoin customers can get 99% lower fees and near-instant transactions when depositing or withdrawing BTC via Lightning.

Paying podcast creators directly in BTC while listening to an episode is also a new use case that the Lightning Labs cofounder mentioned. She specifically noted that podcasting veteran Adam Curry has launched Podcasting 2.0 with this feature. Max Keiser has also adopted it for his Orange Pill podcast.

How is Lightning making a difference in emerging markets?

“More and more people are using Lightning” in emerging markets such as Namibia, Vietnam or Nigeria to circumvent currency inflation and oppressive government regimes, Stark explained.

Indeed, Lightning isn’t only useful for spending but also for earning Bitcoin. And, as Stark stated, “who doesn’t want to stack more sats [satoshis] and earn more Bitcoin?” She gave the example of StakWork, a company with a significant user base in the Philippines and allows anyone to earn Bitcoin by performing small tasks.

“Anybody in the world has the ability to earn money now,” she summarized, without the fear of inflation, international transfer costs and other barriers to entry.