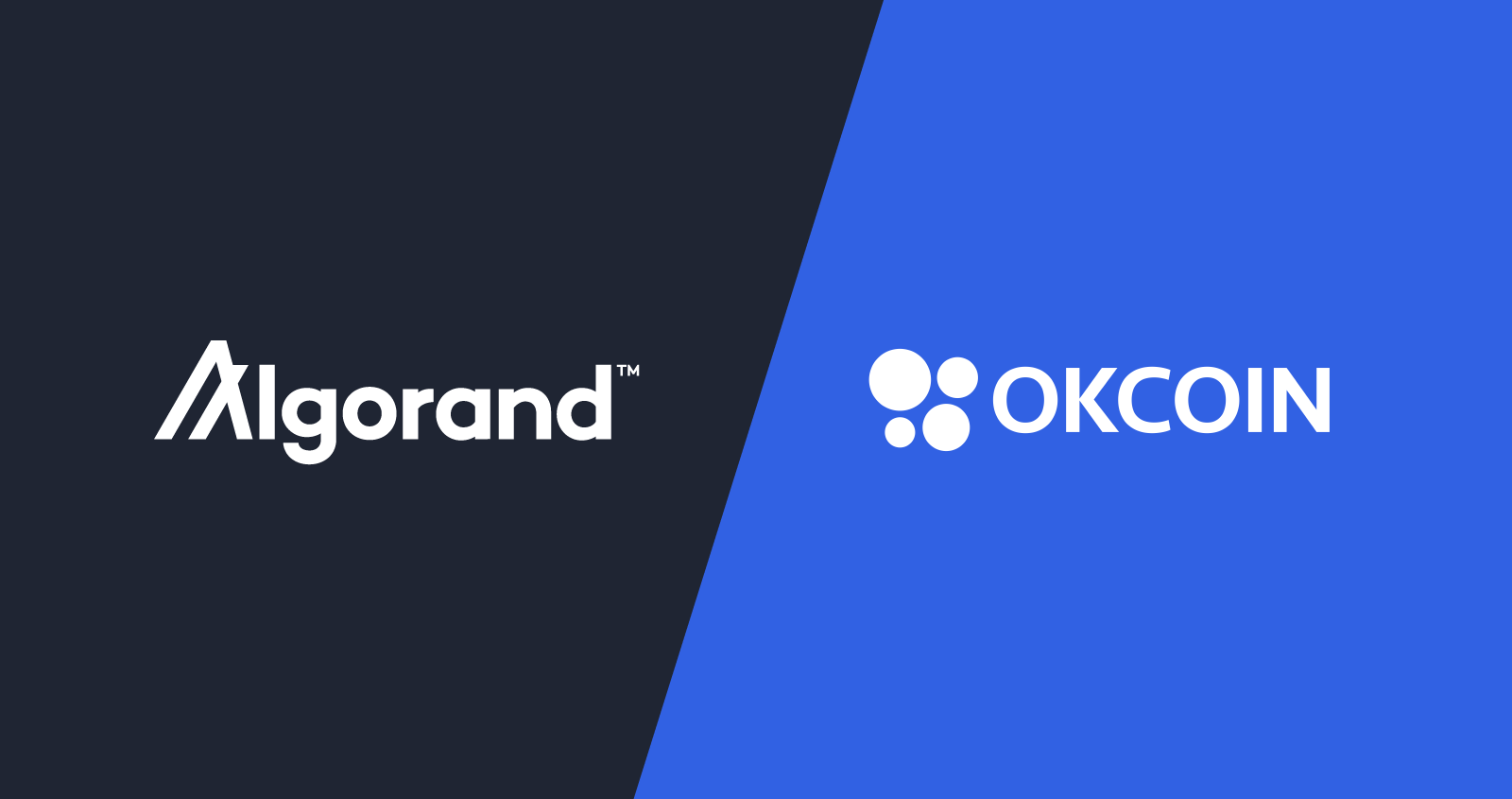 We’re excited to announce a new partnership with the team behind smart contract blockchain Algorand. As part of our joint effort to increase cryptocurrency adoption, OKCoin is listing ALGO and has become one of the first exchanges to support top stablecoins USDT and USDC on the Algorand blockchain.

ALGO, the native asset of the Algorand blockchain, is now available to trade, deposit, and withdraw on OKCoin with USD, providing our customers with access to the Algorand ecosystem.

Algorand-based versions of major USD-pegged stablecoins Tether (USDT) and USD Coin (USDC) will also be integrated into OKCoin as an option when depositing and withdrawing from the platform. Deposits of USDT and USDC on Algorand (USDTa and USDCa) are already available, with withdrawals to follow soon.

Please note, ALGO, ALGO/USD, USDCa and USDTa are only available for our U.S. and international customers, excluding those from the EU, UK, Singapore and Brunei.

Algorand — a blockchain for speed (with lower fees)

At OKCoin, we see stablecoins in part as a way for newcomers to crypto to dip their toes into the world of decentralized finance with a more stable asset for earning yield.

The surge in popularity of DeFi applications in recent months — the majority of which are currently based on the Ethereum blockchain — has led to problems with network congestion. This means that making transactions with any Ethereum-based token, including the Ethereum-based versions of stablecoins USDT and USDC, has become increasingly more expensive as demand for the network increases.

Using USDC and USDT running on the Algorand blockchain, instead of the Ethereum-based versions of the stablecoins, provides OKCoin traders with a faster and cheaper way to transact with these popular stable-value assets.

The technology behind the Algorand blockchain provides high-throughput, allowing for fast transactions. This is essential to emerging use cases such as payments and enterprise applications in which Algorand specializes. Algorand can process over 1,000 transactions per second (TpS), with an average block transaction time of 4s. By way of example, the current version of Ethereum processes approximately 14 TpS and has a block transaction time of 13s. It’s important to note, however, that Ethereum is in the process of upgrading its network to Ethereum 2.0, which will change the blockchain’s consensus model and promises to significantly improve transaction throughput.

Algorand’s low network fees are also what is gaining it more attention in the world of crypto, especially as the growing popularity of DeFi pushes Ethereum fees higher. Algorand has introduced a static fee system where every transaction costs 1 milialgo (currently less than $0.001/transaction).

Algorand can be used as a platform to build decentralized applications, or DApps, with a focus on scalability and security, and to create new crypto assets, based on the Algorand blockchain.

ALGO is the native cryptocurrency of the Algorand blockchain. The asset has a hard-cap supply of 10 billion and is used within the Algorand network to pay for transactions. It’s also used to incentivize network participation, such as voting on potential protocol updates via the platform’s Pure Proof-of-Stake consensus model.

The Algorand Standard Asset, or ASA, is a crypto asset protocol for creating new tokens on the Algorand blockchain. Developers can launch new ASA tokens to be used in a DApp, or can implement existing assets — such as USDT and USDC — on Algorand as a faster alternative blockchain.

Tether’s USDT token is the most popular stablecoin in existence, with a market capitalization of over $30 billion, making it the third largest cryptocurrency by market cap. USDT is currently issued on a number of blockchains, including Bitcoin (Omni protocol), Ethereum (ERC20 protocol) and TRON (TRC20 protocol) — and it became the first stablecoin to be tokenized on Algorand, creating USDTa.

Similarly, USDCa is USDC implemented on the Algorand blockchain. In September 2020, Algorand became the second blockchain to provide native support for USDC after Ethereum.

Why use stablecoins on Algorand?

OKCoin provides support for a large number of stable-value crypto assets compared to our competitors. We do this because we see stablecoins as the better version of fiat currencies, helping us to provide a bridge between traditional finance and crypto.

Traders use stablecoins as a way to store value in a crypto asset without the risk of price volatility, as the price of a stablecoin is, by design, stable (1 USDT ~ $1). However, the cost of using any stablecoin depends on the blockchain network on which it functions.

Currently, the average transaction fee — known as “gas” — on Ethereum is about $25, meaning a trader could pay that much just to send Ethereum-based USDT (the more gas you pay, the faster the transaction is processed, meaning gas fees on Ethereum fluctuate based on demand). The same transaction using USDTa would cost only $0.001 which opens up emerging use cases for cryptocurrency in broader finance, such as micropayments.

With the integration of USDTa and USDCa on OKCoin, traders will be able to more quickly and cheaply deposit these major stablecoins and securely store them on OKCoin. In the future, OKCoin will also support withdrawals of these stablecoins, allowing OKCoin traders to withdraw USDT an and USDC with lower fees and transact with these stablecoins within the Algorand ecosystem.

To celebrate listing ALGO, OKCoin is rewarding traders with an ALGO airdrop. Find out how you can earn ALGO rewards here.

Our app just made crypto on the go even easier

Our latest mobile app update makes buying and trading crypto easier than ever. See what’s new and how you can take your on-the-go experience...