MicroStrategy’s Michael Saylor: ‘I don’t have an exit strategy for Bitcoin’ 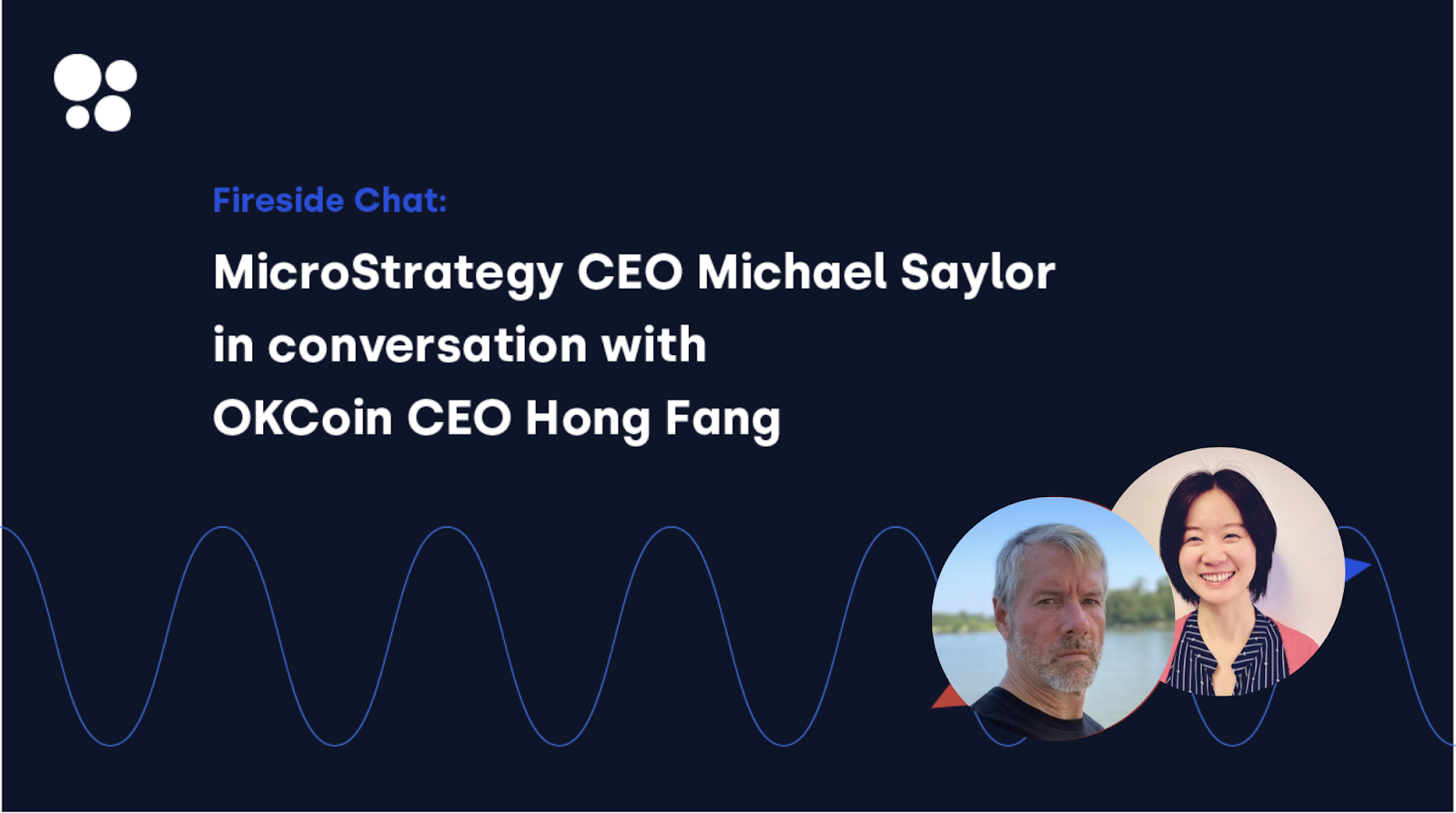 MicroStrategy’s Michael Saylor: ‘I don’t have an exit strategy for Bitcoin’

Michael Saylor has been making a name for himself in crypto. He became a star in the space this past year for leading his company MicroStrategy’s ultra bullish BTC investment strategy, as well as for his unique take on the impact and nature of the leading cryptocurrency.

The tweet he’s had pinned to the top of his Twitter since September calls Bitcoin “a swarm of cyber hornets serving the goddess of wisdom, feeding on the fire of truth…” These are bold, exceptional words, even for the world of “Crypto Twitter” (yes, that’s a thing).

This week, OKCoin CEO Hong Fang sat down (virtually) with MicroStrategy’s founder and CEO for a fireside chat about all things Bitcoin —  its efficacy as an investment, its security and robustness as a network and why MicroStrategy went all-in.

Here are some of the most notable moments from the discussion. Listen to the full conversation with Saylor here:

In August 2020, MicroStrategy made BTC its primary treasury reserve asset and has continued to aggressively invest in the cryptocurrency since.

OKCoin’s CEO asked Saylor if he has an exit plan for the firm’s substantial Bitcoin investments. The short answer is no:

“The exit strategy when investing in stocks, debt, real estate or another asset is when you can no longer generate a reasonable return. With debt, it would be if you feel there is no decent yield. In any business, the exit strategy is ‘when I stop believing in the business.’ Is real estate a better asset than Bitcoin? No. Are stocks better? No. Are bonds better? No. Is Cash? No.

I don’t have an exit strategy for Bitcoin because I would have to decapitalize the company. The question is ‘do I see a better investment than Bitcoin for my treasury?’

If there is something better than Bitcoin, we will consider it and act appropriately. But there isn’t.”

During the fireside chat on Wednesday, MicroStrategy’s founder and CEO estimated that the real inflation rate of fiat markets over the next year will be 15%, due to increases in asset prices. This plays a major role in shaping his thinking around Bitcoin as compared to other investment vehicles:

“If you have a billion dollars in cash and the cash is losing its purchasing power by 15% a year over the next 10 years, you have lost 75% of your wealth.

If you take the billion dollars and buy a value-based stock due to its cash flow, you have bought a fiat derivative, as the cash flows are going to lose 15% a year. You would have the same exact problem […] as there is going to be no wealth creation.”

Saylor also shared his thoughts on his early tech investments, the traditional stock market, and how BTC is different:

“10 years ago, I made substantial investments in Facebook, I was sure it was going to $100 when I bought it at $3. I was sure a billion people would have smartphones and use Apple iOS. Equities have a challenge if you are an investor now as the chance to go 10X with major stocks is done.

[But] the logical value of a Bitcoin monetary network…there is no reason it can’t demonetize gold, and bonds and equity indexes. There is a risky future, but there is a reasonable future where Bitcoin could go up 100X.

But there is another future (if you are a Bitcoin critic) where it goes to 0. You could lose $1 or make $100 — that is a rational investment.”

BTC is a “perfect digital gold”

Addressing the current state of the global economy and the systematic devaluation of fiat currencies, the investor stated that he believes that current policies will only continue. Saylor argued that “there isn’t even a debate” that large countries will run budget deficits, continue with quantitative easing policies and buy debt with interest rates remaining low.

“The likely outcome is 15% monetary expansion. If you believe all these things, you need a store of value that is not a fiat derivative. And that drives you to scarce assets such as art, real estate or precious metals….or a crypto asset where scarcity is built in.

The most credible crypto asset is Bitcoin. It’s digital gold and if God was trying to create a perfect digital gold, God would design 21 million gold coins on a crypto network where nobody could print anymore gold coins and make it scarce. That is what Bitcoin is!”

Bitcoin is a “monetary energy system,” not a stock

In discussing how to assess Bitcoin’s potential growth in popularity and price, the entrepreneur called the leading digital asset a “monetary force,” setting BTC in its own category in terms of vehicles for wealth creation.

He laid out Bitcoin’s historical performance and value proposition, and, in typical Saylor fashion, compared the foremost cryptocurrency to planetary systems and the force of gravity:

“Bitcoin has monetary force. And the measure of monetary force is the price. As the price goes up, the amount of monetary energy goes up. And energy is matter and is mass and the energy is collapsing into the monetary body. It will keep going up. It will demonetize everything that isn’t an investment of passion. […]

There’s never going to be a lower risk, higher return value proposition than pure monetary energy on a crypto asset network with 98% of the hash power […]

Bitcoin is the best performing asset of the last 12 years and it’s destroying every other asset. It’s going to be the base layer of the economy. There isn’t something better — it’s only getting stronger. It isn’t producing a product that it monetizes with revenue that then becomes cash flow that then justifies a stock. The price is the product and the higher the price goes, the better the product gets.

Bitcoin was created in 2009. Since then it has expanded to a distributed network of thousands of nodes across the globe with a total market capitalization of close to $708 billion at the time of writing.

In speaking about the future of Bitcoin’s development, Saylor called all of the participants in Bitcoin — from developers, to miners, to investors, to exchanges like OKCoin that offer BTC trading — the cryptocurrency’s “sources of life.”

The CEO also outlined three areas of investment to support the continued development of Bitcoin:

Saylor noted that he is committed to supporting development that focuses on Bitcoin security, revealing that he personally pledged $1 million to MIT’s Digital Currency Initiative, specifically its security-focused initiative.

This conversation between Michael Saylor and Hong Fang has been edited and condensed for clarity. You can listen to the full version here.

OKCoin prides itself in being a “Bitcoin-first” company, meaning we believe in and support the decentralized ethos and power of the leading cryptocurrency.

We also are active supporters of the development of Bitcoin Core, supporting developers with grants. You can learn more about our Bitcoin Developer Grant here.