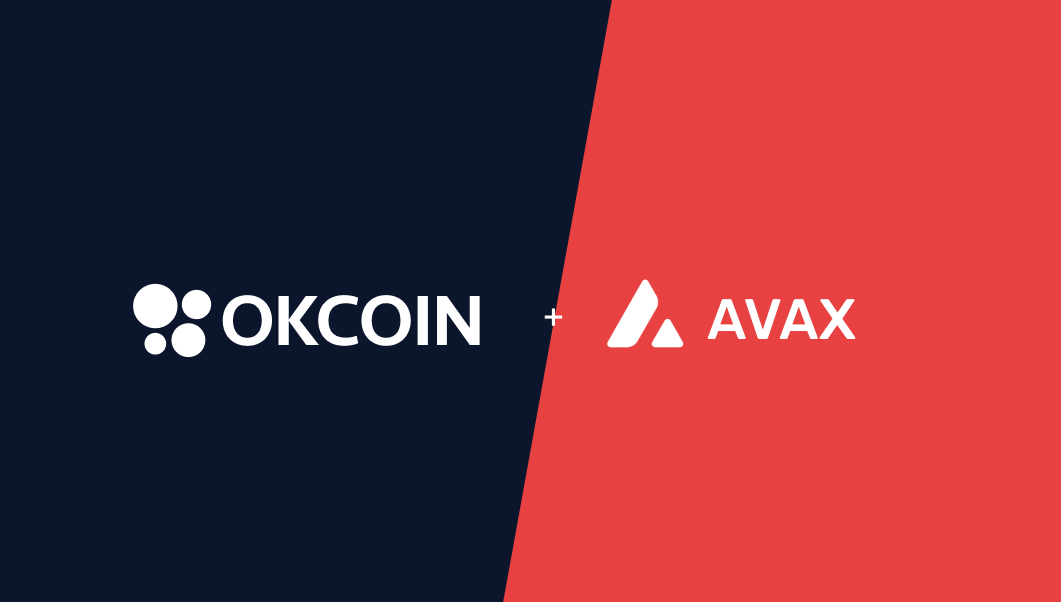 We’re happy to announce that OKCoin has become the first United States-based exchange to list AVAX, the native coin of the Avalanche protocol. AVAX deposits are now open, with trading of the AVAX/USD pair to open tomorrow, Feb 4, followed by withdrawals starting on Feb 5.

Listing AVAX is yet another step in our continuing effort to support the development of decentralized finance and bring more people to DeFi via trusted trading platforms like OKCoin.

To celebrate this new partnership, we’re giving away up to $1M USD! The AVAX airdrop is based on participation and eligible to OKCoin customers. Shoutout to our friends at Avalanche who contributed a small portion to the airdrop. To participate in the AVAX airdrop, users need to register no later than 11:59 p.m. PST on Feb 15, 2021. Find out how here.

AVAX has a hard-capped supply of 720 million coins, with 360 million AVAX minted on the mainnet and about 76.9 million coins currently in circulation. AVAX was distributed to the public in a series of private and public sales from February 2019 through July 2020. AVAX fees for operating the network are burned, increasing the scarcity of the coin.

The team behind the crypto asset notes that less than 14% of the 360 million mainnet coins were issued to private investors, with almost 70% allocated to developers building out the Avalanche ecosystem.

Now open to all US investors and traders

Some history on AVAX: To comply with U.S. securities laws, sales of AVAX were initially not made available to most U.S. investors. Only accredited investors in the U.S. were allowed to participate in AVAX public and private sales, restricting the audience that could potentially invest in this new asset.

For the first time, OKCoin is enabling all investors to access the AVAX listing and invest as part of their portfolio or trading strategy. That makes AVAX’s listing on OKCoin even more notable as we are the first U.S.-regulated exchange to list AVAX and open trading to our U.S. customer base. AVAX trading is also available to our international customers, excluding those from the EU, UK, Singapore and Brunei.

The technology behind AVAX

AVAX powers the Avalanche blockchain protocol and its ecosystem. The team behind Avalanche, Ava Labs, points to high performance, scalability, and security as some of the main features of the blockchain protocol. Transactions on Avalanche can be confirmed in under one second, making it the fastest smart contracts platform yet developed. The protocol’s eponymous consensus engine, which some in the industry call groundbreaking, is what allows it to boast such speed.

Ava Labs designed the decentralized blockchain protocol — which it dubbed “the internet of finance” — with three main uses cases:

DeFi application partnerships already in the pipeline for Avalanche include those related to lending, swaps, savings, derivatives, and stablecoins.

It may seem like Avalanche is by design competing with the go-to smart contracts blockchain, Ethereum — and specifically the upgraded Ethereum 2.0 — but the Ava Labs team insists that the chains are in fact not competitors. Avalanche supports all DApps written in Solidity, the programming language for Ethereum smart contracts, and is fully compatible with the Ethereum Virtual Machine.

“We are evolving OKCoin to become the premier destination for early access to high quality crypto assets. We’re particularly interested in assets that promote true digital ownership and decentralization.”

He also added that listing AVAX on OKCoin “is the first step in an ongoing partnership, with plans to add the AVAX staking on OKCoin Earn in the near future.”

Deposit AVAX today and get ready to start trading.

An introduction to the Lightning Network and guide to using it on OKCoin for instant bitcoin transactions with 99% lower fees. Earlier th...

Welcome to the OKCoin platform update — a summary of product updates, new listings and trading statuses you may have missed. This week, a...