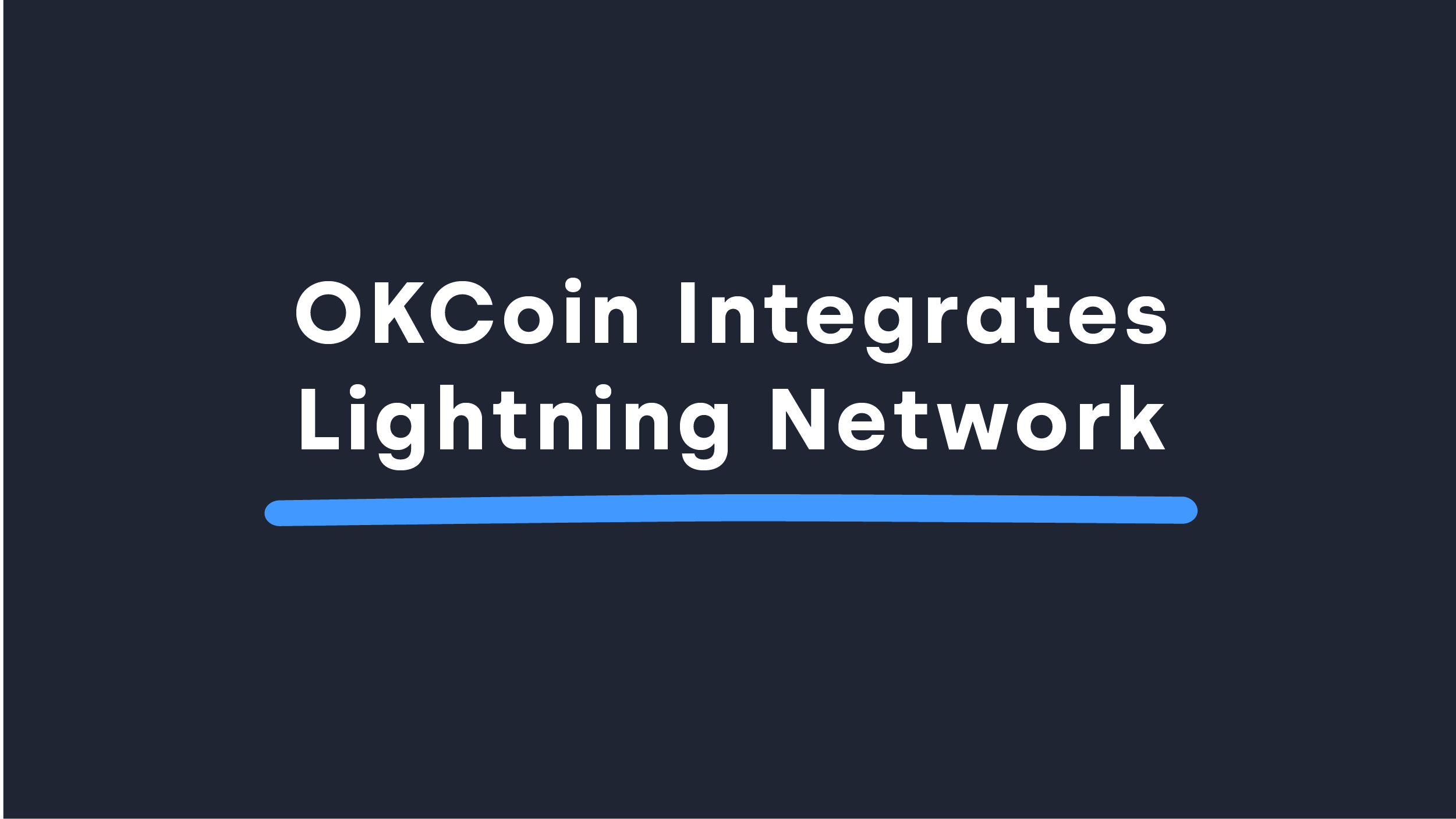 As part of our ongoing effort to create the best trading experience for our customers, today we’re very pleased to announce that OKCoin will integrate the Lightning Network into the OKCoin exchange in Q1 2021.

Hong Fang, OKCoin CEO said, “The lightning network, like Bitcoin, requires a network of nodes and adoption of the technology to perform to the best of its capabilities. As part of our analysis of the technology, we assessed the strength and quality of the nodes and now feel the network is strong enough to participate as an exchange with a high volume of withdrawals and deposits a day. We hope other blockchain companies follow suit and lift the whole industry up by speeding up bitcoin payments and look further to working further with the Lightning Labs team to advance this strategically important layer 2 addition to Bitcoin for more utility and wider adoption.”

The Lightning Network is a layer 2 protocol that operates on top of the Bitcoin network and provides a scaling solution for faster bitcoin transactions at much lower network fees. The decentralized network is built for lightning-fast blockchain micropayments with security enforced by Bitcoin blockchain smart contracts. Customers of OKCoin will have the option to use the Lightning Network for BTC transactions on both desktop and mobile via the OKCoin app.

During bull markets, the Bitcoin network can become congested, with traders and investors incurring high transaction fees. Integrating the Lightning Network eliminates this issue, providing the optionality of micropayments for bitcoin commerce. Using the Lightning Network on OKCoin, customers can make transactions worth the smallest unit of bitcoin; 1 satoshi. This is in comparison to submitting transactions directly to the Bitcoin chain where the transaction minimum is set at 5460 satoshis, or 0.0000546 BTC.

Micropayments made via Lightning channels provide customers with increased privacy because transactions are not recorded on the public Bitcoin ledger. Lightning Network transactions occur off-chain, before being enforced on the Bitcoin blockchain and settled as a sum of transactions.

Development and scaling the use of the Bitcoin network has long been a central part of our work at OKCoin. Since 2019, we’ve supported independent developers in their pursuit of a stronger, more secure Bitcoin Network with the OKCoin Open-Source Developer Grant program in which we spent $500k in 2020. One of our grant recipients, BTCPay Server, has also been working to integrate the Lightning Network into their self-hosted, open-source cryptocurrency payment processor. Recently, we announced the listing of the Stacks token (STX) and stacking on OKCoin, an ecosystem that is anchored to the security of the Bitcoin blockchain and provides a new, user-owned internet.

The entry to bitcoin still comes with barriers. By integrating Lightning Network to lessen transaction costs and time, we aim to reduce those barriers to making bitcoin more usable as a currency. At OKCoin, we’re focused on increasing global adoption of bitcoin and cryptocurrencies by making it easy and accessible to trade.