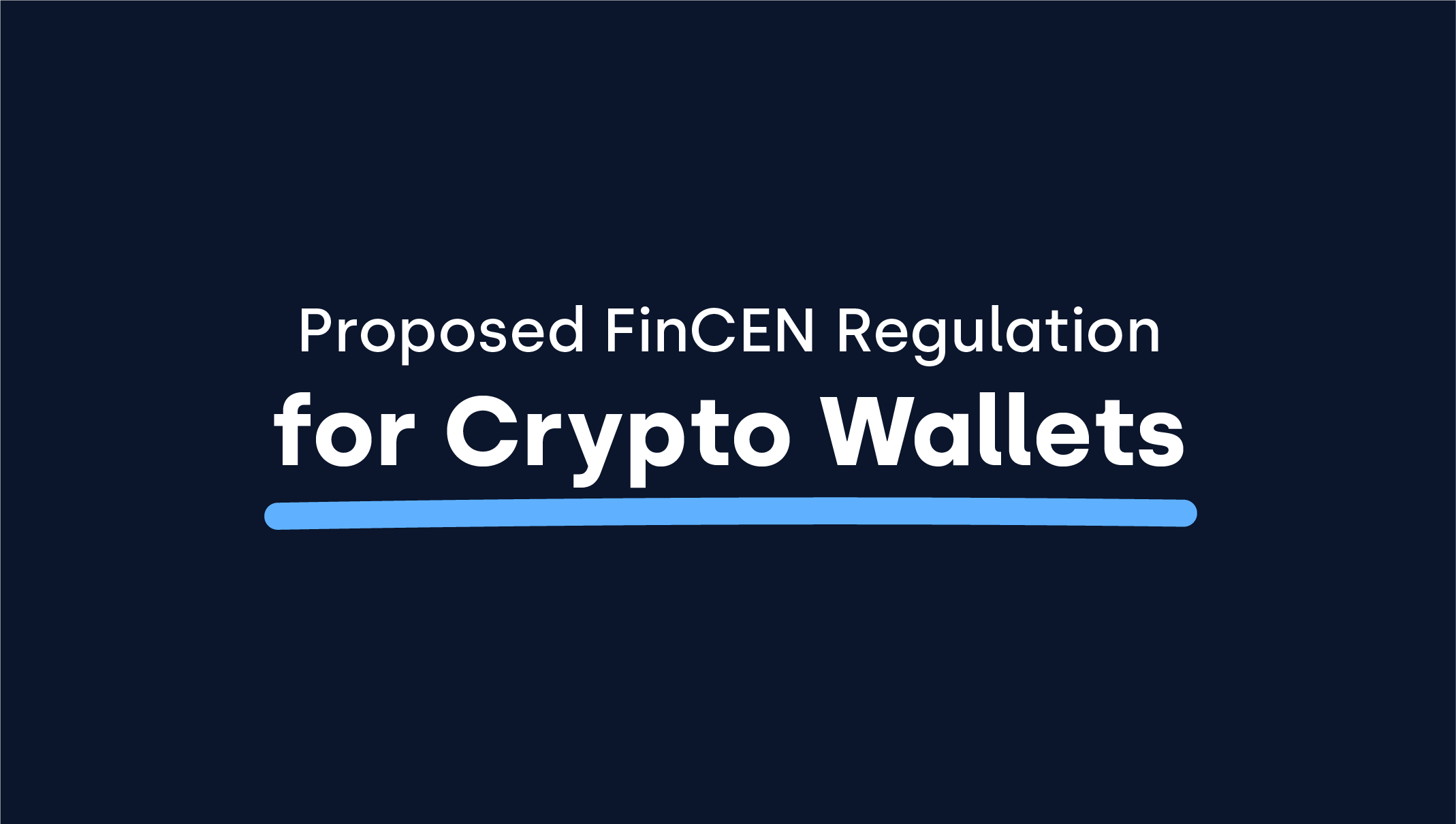 On December 18th, the Financial Crimes Enforcement Network (FinCEN), a department of the US Treasury, announced a Proposed Rule that will require money services businesses (MSBs), including cryptocurrency exchanges, to collect and verify customers’ personal information for transactions over $3,000 sent to ‘unhosted’ wallets, which are more commonly referred to as self-hosted crypto wallets. This proposed regulation is based on Treasury’s claim that convertible virtual currencies (CVC) pose a threat to national security.

FinCEN shortened the timeline for public comment from the typical 60-day period to just 15 days. We agree with Coinbase’s Chief Legal Officer, Paul Grewal that there is no justification for the rushed 15-day period for public comment. According to Mr. Grewal’s response to the FinCEN proposed rulemaking, “there is no emergency here; there is only an outgoing administration attempting to bypass the required consultation with the public to finalize a rushed rule before their time in office is done.”

As a basis for FinCEN’s reasoning that cryptocurrencies pose a threat to national security, the Proposed Ruling notes an increase in digital crime. During the global pandemic, fraud and criminal activity has risen in the online and digital payments space, as noted by a June FBI report on daily digital crime. However, there is no evidence to indicate that the volume of illicit activity that is conducted via cryptocurrency transactions has risen to a level that it poses an immediate threat to national security. Nor is this surge in cyber crime unique to the cryptocurrency industry, but rather is driven by a dramatic shift to consumer financial activity online during a time when people are mostly confined to their homes.

Will customer data be kept secure?

The use of self-hosted wallets has legitimate purposes, in particular, concerns about data security. This Proposed Rule has the potential to cause cryptocurrency exchanges to collect more information than necessary out of an overabundance of caution. It also heightens concerns around data leakage and cybersecurity incidents as a vast amount of personal information would be transmitted to FinCEN’s centralized portal. The protection of customer data is extremely important to us. FinCEN has proven unable to provide data security, evidenced by recent data breaches.

Further, FinCEN’s proposal does not consider the unique differences between digital asset services providers and banks. The blockchain industry does not have a centralized, secure messaging network like SWIFT which was designed for the purpose of ensuring that banks could comply with the Travel Rule requirements.

If forced to comply with the Proposed Rule, regulated MSBs in the US out of an abundance of caution, will have to apply the counterparty recordkeeping requirements to all incoming and outgoing digital asset transactions above the $3,000 threshold. The effort and cost to comply would be astronomical and could force smaller, cryptocurrency exchanges out of the US market, and potentially into unregulated jurisdictions. This could be disastrous for the blockchain industry and counterproductive to the original intentions of the proposed FinCEN Rule.

A negative impact on responsible innovation

According to Secretary Steven T. Mnuchin, “the rule…is intended to protect national security, assist law enforcement, and increase transparency while minimizing impact on responsible innovation.” We disagree with Secretary Mnuchin’s statement and share the concerns originating from the blockchain industry, that this proposed ruling will have a significant negative “impact on responsible innovation.”

At OKCoin, we appreciate and welcome regulatory initiatives that help to enhance the credibility and transparency of the blockchain industry. We are 100% committed to preventing and detecting money laundering, terrorist financing, and criminal activity on our platform and across the global network of MSBs. We urge FinCEN to actively engage in discussions with blockchain industry participants and allow a reasonable time frame for complying with additional regulatory requirements so that appropriate systems, programs, and technologies can be developed to comply with these requirements in a way that does not restrict industry growth and innovation.