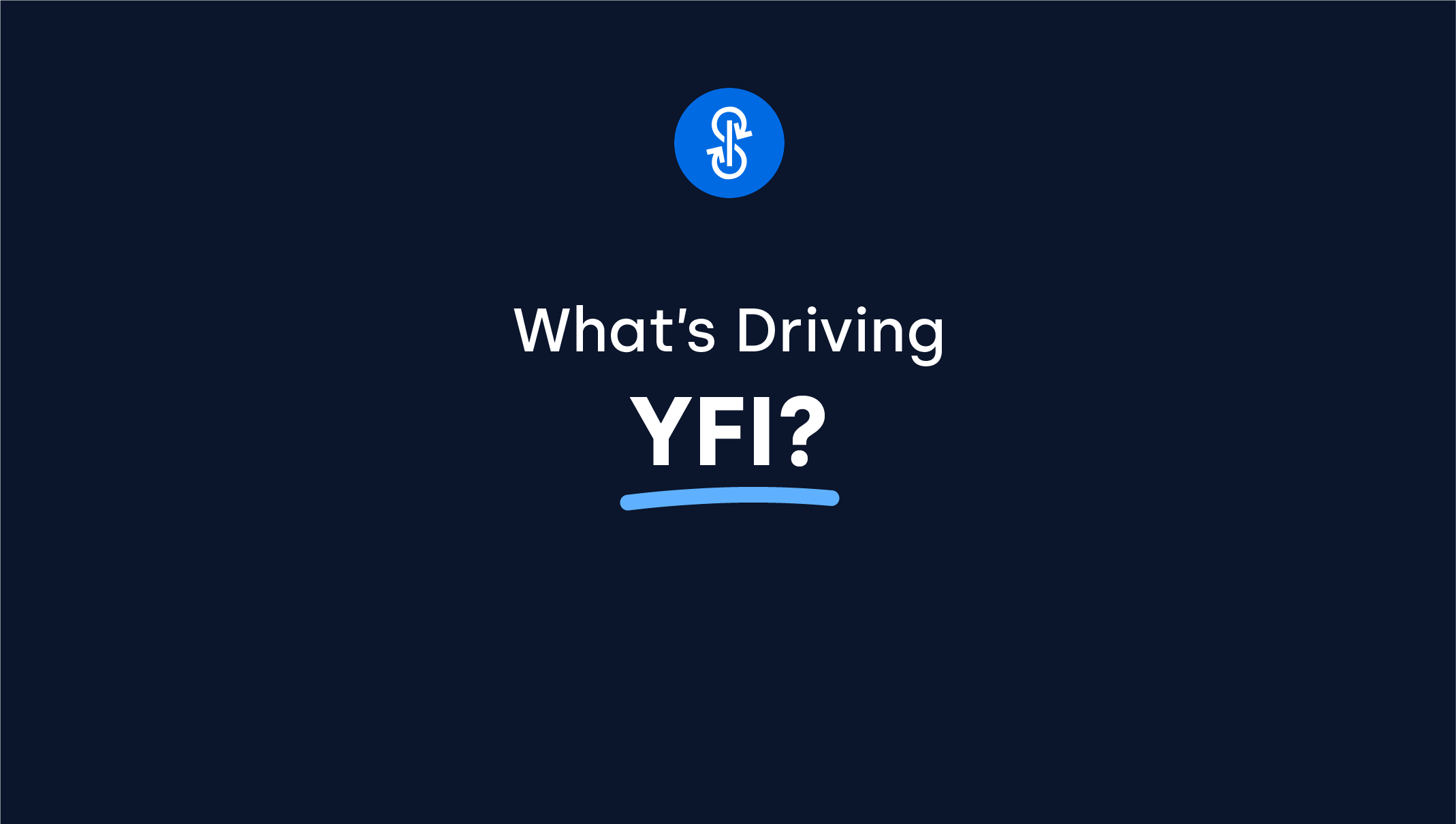 Polychain Capital, one of the largest crypto-native venture funds, has continued its journey of accumulating YFI.

The fund “publicly” accumulated its first YFI late in October, with on-chain analysts noticing a 330 YFI transaction from an exchange to its wallet. This continued this past week, with users of Nansen, a blockchain analytics firm, reporting similar transactions.

Nystrom reported that Polychain was sent another 240.8 YFI. This means that the firm now holds nearly 2% of all of the coins in circulation and is the 10th largest holder of YFI, according to Messari. Polychain now has a considerable amount of influence over the direction of the Yearn.finance protocol due to the built-in governance functionality.

It seems that institutional money is moving into DeFi, and YFI is a top beneficiary. Cointelegraph reported today that “on-chain transactions of $100,000 or higher have increased by 282% over the past week — including nearly $134 million worth of activity on Tuesday alone,” according to data from IntoTheBlock. Buy DeFi assets.

YFI at a glance

Yearn.Finance is a protocol whose primary focus is to maximize the yield one earns on deposits of Ethereum-based cryptocurrencies. The protocol aggregates various lending protocols, including Aave, Compound, and Dydx, in order to optimize for the highest yield on deposited assets.

The YFI token governs the protocol. Holders are allowed to create proposals that determine the direction of any aspect of Yearn.finance. Decisions are then implemented by the protocol’s developers if approved.

Trade YFI, and receive asset news like this directly to your inbox with our weekly tOKen Newsletter.