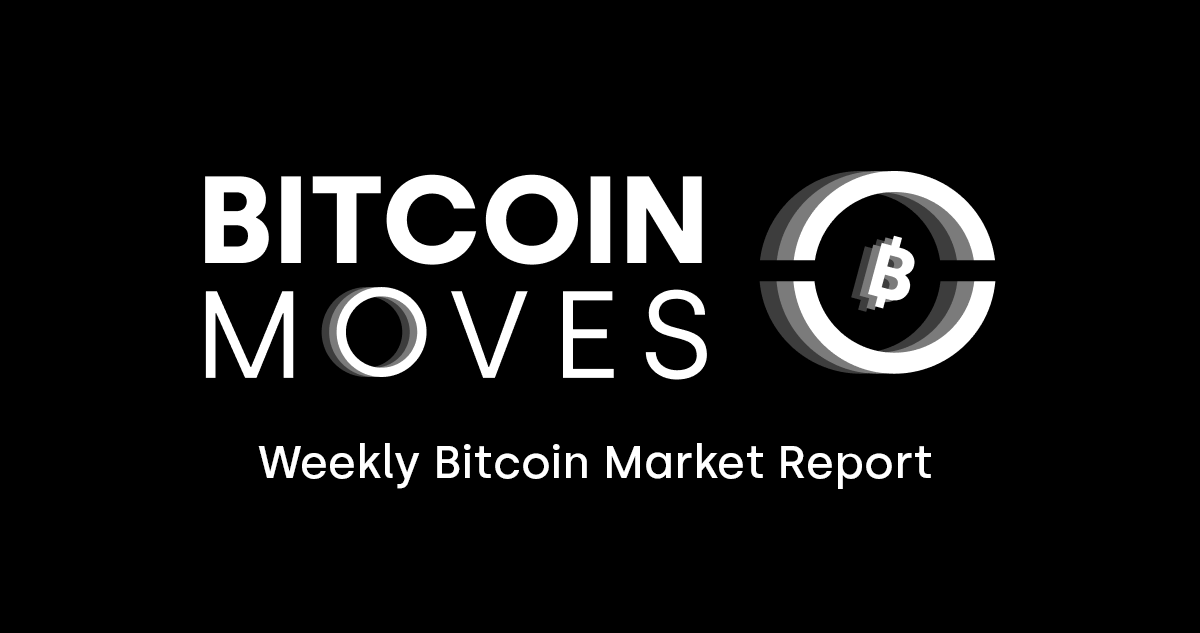 In this election edition of the Bitcoin Moves weekly market report, we look at why BTC hasn’t pushed above the $14,000 mark and why the crypto asset may consolidate, creating an ‘election dip.’

What does the 2020 US election mean for bitcoin? Tell us on Twitter.

All prices are in USD and time zones are PT. Prices are as of 8:30am PT.

Waiting for BTC to break through $14k

From a weekly stance, bitcoin has barely budged since our last Bitcoin Moves report. Per OKCoin market data, the price of the cryptocurrency is currently about $13,700. This fact does hide a number of interesting intra-week trends that played out.

Over the weekend, bitcoin suddenly thrust higher to $14,092, but failed to push higher. As we mentioned last week, $14,000 is seen as one of the most important price levels in bitcoin’s history, as it marked the highs of 2019’s rally almost perfectly. The failure to hold this level has been seen as a short-term loss for the bull case.

Bitcoin also underwent a slight correction this week, falling as low as $13,200 early Monday morning. The drop was a result of the rejection around $14,100, which analysts say formed a number of bearish divergences on bitcoin’s daily chart.

This consolidation, where bitcoin has begun to bounce between $13,000 and $14,000, is expected to continue into the weeks ahead. Analysts eventually expect this consolidation to break higher, though, as the fundamentals of this space are still bright.

The most likely scenario that analysts expect for bitcoin is one of consolidation, driven by uncertainty around the election.

Today, the US presidential election takes place. Pundits have noted that the results of the election may be contested and could cause some civil unrest, no matter which candidate wins. This may result in volatility in the value of the US dollar, along with the performance of the stock market, potentially positioning bitcoin in a holding pattern before market trends become clearer.

“$BTC looks like it needs to reload. Daily SFP into weekly supply, failed break above 2019 high, bear divs flashing on the daily time frame… Bring on the election dip.”

His sentiment was largely predicated on the fact that bitcoin failed to hold above $14,000 despite temporarily trading above that level. This resulted in a bearish wick into resistance and a subsequent close under said resistance, indicating that bitcoin is not yet ready to break higher.

IntoTheBlock, a blockchain data and analytics firm, reports that despite the rally, Bitcoin’s on-chain trends remain bearish in the extremely short term. The company reports that three of its seven core signals for bitcoin are “bearish.” The three are net network growth, concentration, and large transactions — all of which are part of the on-chain category.

Unlike last week, though, an exchange signal and a derivatives signal tracked by IntoTheBlock are “bullish.” The analytics firm noted that there is an imbalance of bids over asks, indicating traders expect bitcoin to move higher here. The momentum of the futures market is also positive with volume and open interest rising, also indicating buying activity.

Once again, the “bearish” state of the Bitcoin network seems to be a result of mining activity. Jameson Lopp, a long-time bitcoin investor, recently said that the hash rate of the Bitcoin network has dropped upwards of 45% from its all-time high. Lopp believes this is a result of Chinese miners relocating their equipment to facilities where electricity is cheaper. With a lower hash rate, Bitcoin miners cannot process blocks at full speed.

Yet Bitcoin’s on-chain trends are expected to reverse this week after there was the bi-weekly adjustment to the mining difficulty. Blockchain data firm Glassnode reported on Monday evening that the second-biggest negative difficulty adjustment took place, dropping the metric by 16%. This should result in faster blocks, enabling more transactions to take place.

The severe difficulty adjustment has taken many by surprise. Some think that this goes further than miners just adjusting the location of farms. Though, each time Bitcoin’s difficulty has dropped around this far and this fast, a price bottom was formed.

Although the current state of Bitcoin’s on-chain trends may be bearish, the longer-term trend still shows a trend of growth.

Willy Woo, an on-chain specialist, noted recently that while bitcoin is far from its all-time high of $20,000, the NVT Price metric set a new all-time high just recently.

The metric is derived by taking the two-year average of the network value to transactions ratio (NVT) and the transactional volume (in dollars) of the Bitcoin network, then multiplying the two together. Woo says that the NVT price metric provides an “organic valuation” of the leading cryptocurrency derived from “underlying long-term investors.”

Woo says that Bitcoin is likely to follow the NVT Price higher in the weeks ahead.

The central bank digital currency push continued this week with moves from a number of countries.

Chinese media reported this week that the pilot iteration of the People’s Bank of China central bank digital currency (CBDC) has now processed $300 million in payments across four million transactions. Officials at the bank say the test is going smoothly.

Australia, Hong Kong, and Estonia also made steps towards central bank digital currencies this week. The central banks of these respective areas have all announced pilot tests and partnerships that will research the impacts of a CBDC in the local economy.

Raoul Pal, CEO of Real Vision, has argued that this push towards CBDCs boosts the bitcoin bull case. He believes that the introduction of CBDCs will allow central banks to stimulate the economy even further than they have, which could drive down the value of the US dollar. He added that bitcoin is also a way to opt-out of the invasions of privacy that CBDCs may enable.

Crucial to this upcoming bull run will be the development and deployment of new infrastructure that can support an influx of new users.

This past week, Avanti Bank, a cryptocurrency-focused financial institution launched by a multi-decade Wall Street veteran Caitlin Long, received a banking charter from the Wyoming State Banking Board. This charter, certified with an eight-to-zero vote by the board, is recognized on a state and federal level.

Avanti will start by launching a stablecoin and will be storing crypto assets for institutional and retail investors. Long commented on the charter:

“We will provide products and services that do not exist in the market today. Currently the only type of U.S. financial institution that can provide final and simultaneous settlement of trades between digital assets and the U.S. dollar — because it is the only type currently approved to handle both within the same legal entity — is a Wyoming special purpose depository institution like Avanti. Wyoming has the only US regulator with a bank supervisory and regulatory program for digital assets that is near completion.”

Avanti gaining this banking charter is seen as important by investors in the space as regulatory pressure increases and as the need for crypto-friendly banking and custody increases at a rapid clip.

The trend of retail and institutional accumulation was accentuated this past week when the chief executive of MicroStrategy, Michael Saylor, revealed his personal cryptocurrency holdings this week.

Saylor said that his exposure to bitcoin goes beyond his involvement in MicroStrategy. In fact, he said that he owns 17,732 BTC that he acquired at $9,882 per coin on average. His $175 million investment is now worth approximately $240 million.

Saylor has said in a number of interviews and press releases that he sees Bitcoin as a perfect hedge in a world where fiat currencies are being devalued by monetary and fiscal policy:

“We believe that, together, these and other factors may well have a significant depreciating effect on the long-term real value of fiat currencies and many other conventional asset types, including many of the assets traditionally held as part of corporate treasury operations.”

Saylor’s company, MicroStrategy, holds approximately $500 million worth of Bitcoin, comprising a majority of its balance sheet. MicroStrategy’s entrance into this space is expected to be a catalyst for other billion-dollar institutions to enter the cryptocurrency market by providing services to the industry or investing in Bitcoin for treasury purposes.

Buy bitcoin on OKCoin in just a couple minutes with the lowest fees. OKCoin crypto exchange is licensed across the US.