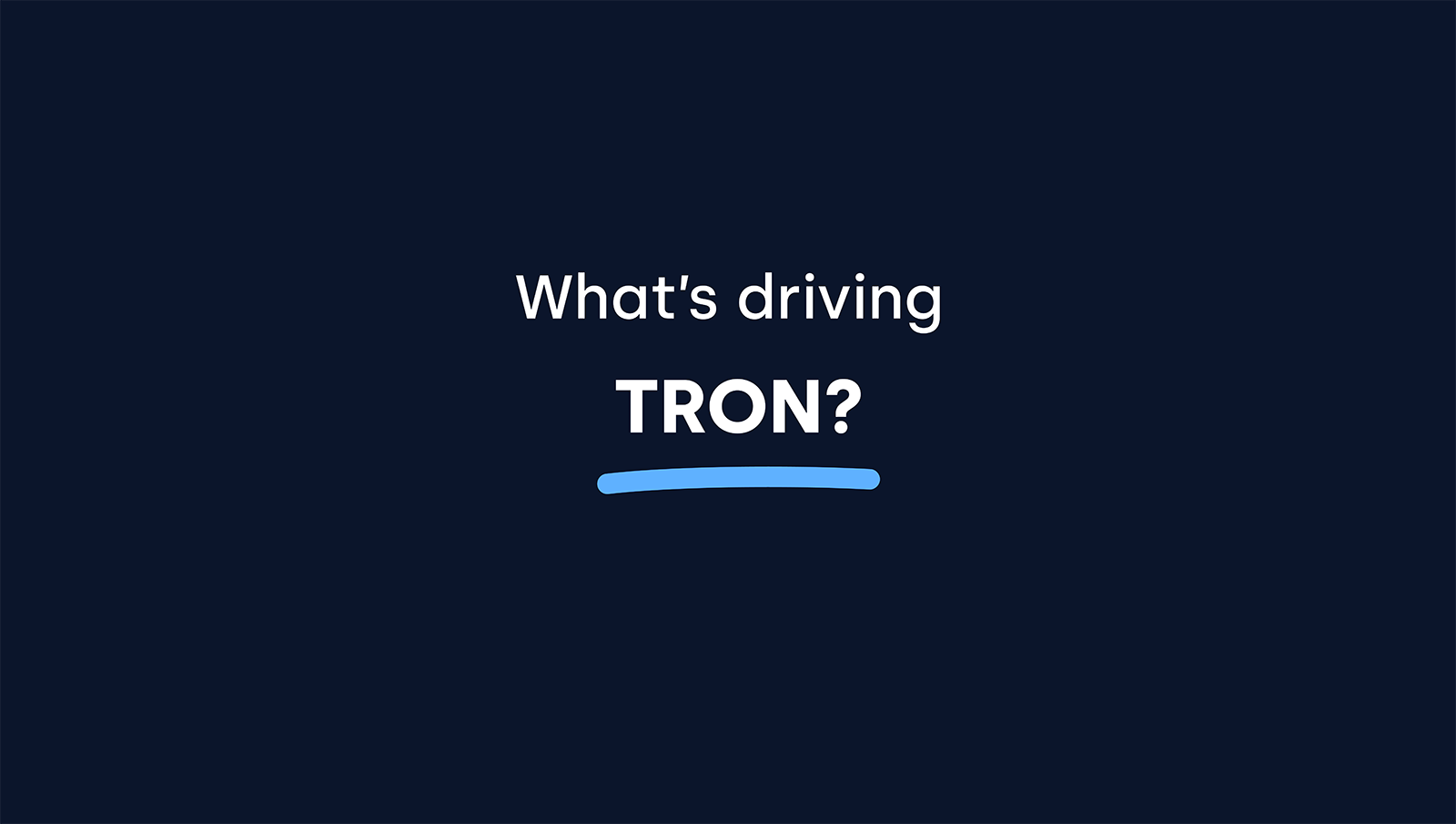 Decentralized finance (DeFi) has taken the crypto community by storm over recent months, to say the very least. Data from DeFiPulse indicates that the value of coins locked in DeFi applications has reached $8.7 billion — a sum 1,100% higher than it was at the start of 2020.

The thing is, thus far, DeFi has been a trend relegated only to Ethereum. 38 out of the 39 decentralized finance projects listed on DeFiPulse are based on the Ethereum network; the only other project on the list is the Lightning Network, Bitcoin’s second-layer scaling solution.

Spotting an opportunity, other blockchains have begun to pivot towards offering DeFi protocols. Tron is releasing applications that eerily resemble the MakerDAOs and Uniswaps of Ethereum while Solana has released a decentralized exchange to rival Ethereum’s. Developers of EOS, too, have announced an intent to invest heavily in blockchain-based financial solutions.

Tron moves first, forcing TRX up 60% in a week

As a smart contract-focused blockchain built to rival Ethereum, Tron has mostly focused its efforts on gambling, on-chain gaming, and initial coin offerings since its launch in 2017. But the project is finally dabbling in DeFi after Tron’s founder, Justin Sun, hinted at doing so during his appearance at CoinDesk’s Consensus conference in early 2019.

Seemingly responding to the parabolic growth in Ethereum’s DeFi sector, Tron has begun releasing its own decentralized applications that eerily mimic that of its primary competitor.

It began with Just, a decentralized loan provider that mimics the tokenomics and structure of MakerDAO, the first prevalent DeFi application on Ethereum. Just, whose native governance token is JST, offers users the ability to mint a decentralized stablecoin called USDJ by depositing cryptocurrency as collateral. USDJ, like MakerDAO’s DAI, is held to a dollar peg by monetary policy, which includes a native interest rate and limits on the amount of currency in the system.

This was followed up by the launch of JustSwap, a decentralized exchange that has adopted the automated market maker design popularized by Uniswap, an Ethereum-based exchange that has recently processed over 100,000 trades a day worth hundreds of millions of dollars. The idea with automated market makers is to ease the usability of decentralized exchanges while allowing any user to list and access coins.

Most recently, a firm called TronFi has begun to release “yield farming” protocols such as Pearl.finance, Salmon.finance, and Carrot.finance. The Tron Foundation has also released a protocol called Sun, where users deposit TRX to mint a new coin called SUN, whose holders will govern the direction of this application. All of these protocols eerily resemble Ethereum’s Yam.finance, which popularized the latest generation of DeFi protocols.

The price of TRX, Tron’s native token, is responding well to Tron’s rapid DeFi pivot. According to OKCoin data, the price of TRX has gained approximately 60% in the past week alone. To put this performance into context, over this same time frame, bitcoin has dropped 9% while ether has shed 2%. Coins pertaining to Tron, including Just’s JST and BitTorrent, have also gained dozens of percent over the past seven days.

The reason why TRX has rallied so fast is due to how Tron developers have cleverly structured the protocols they are releasing.

Other blockchains are entering the mix

Tron is the first blockchain to have made concrete steps towards encroaching on Ethereum’s DeFi dominance, but others are also starting to move.

“#EOS has the performance, liquidity, and developer community to support #DeFi applications that aren’t possible anywhere else.”

Venture-capital funded chains like Polkadot and Solana, too, have also been dabbling in DeFi as of late.

Solana has released Serum in collaboration with an exchange and trading desk while Polkadot developers have announced a series of DeFi projects like Polkaswap.

All these competitors are seeking to use their higher transactional throughput, along with shorter block times, to get a leg up on Ethereum, which currently faces a number of scalability and speed issues as adoption has reached record levels.

Ethereum has network effects and economic moats that are likely giving it the ability to remain the dominant blockchain, even in spite of technical disadvantages it may face in the near term. At the very least, analysts expect top smart contract blockchains to co-exist with Ethereum, buoying all chains in the longer run.

Kelvin Koh, a partner at The Spartan Group and former partner at Goldman Sachs, recently commented that if anything, there will be a world where multiple blockchains have a presence in the DeFi sphere, with Ethereum remaining a driving force:

“I believe in a multi-chain world inter-connected by bridges. Polkadot and Cosmos will not replace Ethereum. Also wouldn’t rule out chains like Near, Solana, AVA, TRON, and others seeing development activity.”

Ryan Sean Adams, the founder of Mythos Capital and the co-founder of Bankless, has also noted that Ethereum’s relatively large market capitalization in and of itself gives it a massive leg up over other blockchains attempting to offer decentralized economies:

Chris Burniske, partner at Placeholder Capital, as well, has mentioned this narrative. He argued in a series of tweets published over recent months that Ethereum’s strong on-chain economies will propel the asset to a $1 trillion market capitalization in this bull cycle.

A perfect time to enter

Ethereum’s primacy in DeFi will likely continue for many years but other blockchains may be able to carve out some market share for themselves, despite the strong economic moats and network effects that Ethereum touts.

According to GasNow, the cost of Ethereum gas — how transaction fees are calculated, reached 600-800 Gwei today, September 3rd. This means that to send ETH from wallet to wallet, it costs $8, while sending tokens costs $15 and trading on Uniswap can reach $60-75 per transaction.

At such a high cost to transact, most investors are priced out of the market, thus limiting the growth of Ethereum’s decentralized finance space. Jacob Franek, co-founder of crypto data company CoinMetrics, opined on the matter:

“Not yet just saying it places a natural hard cap on how far this can run. Traders will only pay that much if they’re performing significantly well.”

Kyle Samani, a managing partner at Multicoin Capital, also pointed out in a blog that the way Ethereum is currently structured, with 13-second block times, limits the economic processes the network can feasibly facilitate:

“You just can’t build global scale trading systems for lots of users on POW chains. It just doesn’t work. High latency –> all kinds of negative second order effects. So I think for now we are near a plateau for DeFi – measured in ETH terms (not USD) – until the core latency problems are solved.”

These may not be long-term concerns, though, especially as ETH2 inches every closer.