What has Driven CELO up 130% since the start of August? 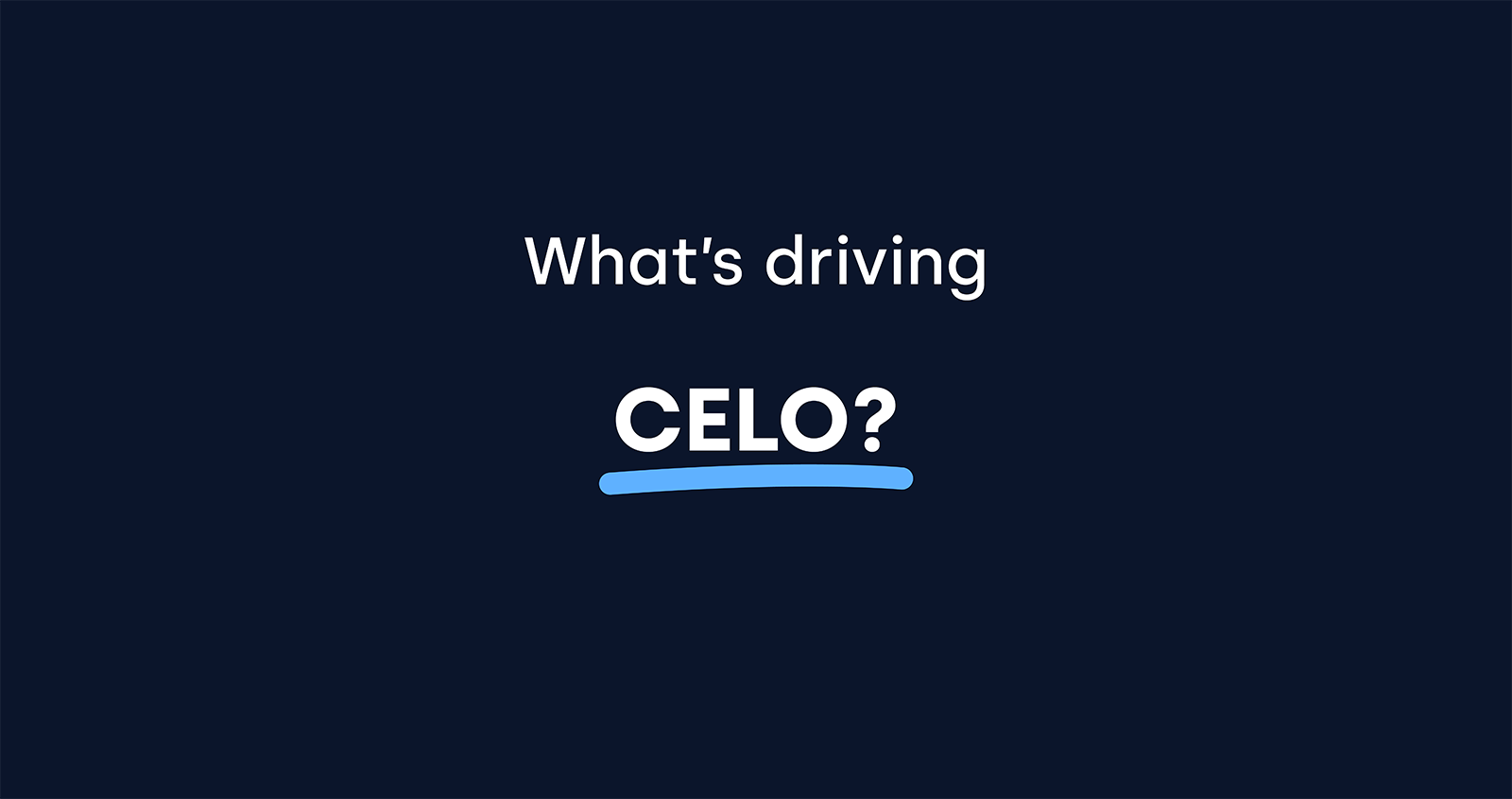 What has Driven CELO up 130% since the start of August?

Launched just months ago, CELO — the governance token of the Celo project — has rapidly become a leading altcoin in the ever-changing crypto market. According to Coingecko, at $4.00, CELO is currently the 35th largest cryptocurrency by market capitalization, eclipsing names like Basic Attention Token, Compound, and 0x.

Behind the altcoin’s price trajectory is a confluence of trends, including listings on notable exchanges like OKCoin and a growing need for decentralized finance.

Before we get into what’s causing the recent price spike, a brief recap of Celo and the underlying token, CELO.

Celo is an Ethereum-based platform focusing on providing financial tools and applications to “anyone with a mobile phone.” The project was launched with a goal to reduce the barriers of entry to finance and digital commerce for the approximately 5.6 billion smartphone owners across the world. Thus far, Celo has focused on providing this access through its flagship stablecoin, Celo Dollars (cUSD), though regional currencies, commodity-based stablecoins, and others will be launched in the future.

Through Celo, users can send Celo Dollars and involve themselves in the ecosystem with only their mobile phone number, mitigating the complexity of the private keys and nodes affiliated with Bitcoin and other digital assets. Other uses for Celo’s technology are being built and implemented right now.

Celo has been backed by large investors within and outside of the cryptocurrency space, including Andreessen Horowitz, Polychain Capital, Electric Capital, Coinbase, Twitter CEO Jack Dorsey, and Casey Neistat of Youtube fame.

This ecosystem is powered by CELO, the utility and governance token for the Celo network. It currently has multiple uses in the network; users can stake their CELO, spend the cryptocurrency to send transactions, and more.

OKCoin listed the token in June of this year. Coinbase followed suit just recently, listing the cryptocurrency on its platform focused on professional and institutional traders, Coinbase Pro. OKCoin is also part of the Celo Alliance for Prosperity, which is focused on advancing financial inclusion through this new platform.

CELO has gained approximately 50% in the past week alone and approximately 130% since the start of August. As aforementioned, this price strength is predicated on a number of fundamental trends. The cryptocurrency has been further buoyed by positive market trends like the influx of volume and the creation of a parabolic uptrend.

On August 13, cLabs, the company behind the development of Celo, was revealed to have “acquihired” decentralized finance startup Summa. Celo has taken on the startup’s engineering team, which includes notable Ethereum developer James Prestwich.

According to CoinDesk, this acquisition will help Celo “smooth value transfers in and off” the platform while also increasing the rate of the adoption of the Celo mobile application.

As the chart below of OKCoin’s CELO market shows, the acquisition had an instant impact on the market. On the day of the move, the cryptocurrency gained 3%, and on the day after, a 12% rally took place.

Considering a number of technical indicators and market volume, CELO seems to be entrenched in a clear uptrend, with room to extend to the upside.

The majority of the recent leg higher has been predicated on strong buying volumes, evidenced in the chart below. The strong volume adds credence to the rally as it confirms that it isn’t just a single entity or group pushing the price of an illiquid market higher.

The Accumulation/Distribution indicator and Parabolic Stop-and-Reverse indicator also show that CELO is firmly embroiled in its ongoing uptrend, with both currently trending higher on the daily chart and charts for shorter time frames.

A potential factor bolstering CELO is the uncertainty about Libra, the stablecoin-focused crypto project backed by Facebook.

Although not identical projects, both Celo and Libra have the same premise: to provide financial services to the billions with ready access to the internet but not to banks and other traditional mediums of finance. The two projects also have (or had) a similar token structure: a primary stablecoin, a governance token, and regional and more nuanced crypto assets.

The crucial differentiator between the two platforms is that Celo is live and Libra is not.

The exact extent of Celo’s adoption is not yet clear, but there is an evident desire to “bank the unbanked.” Celo becoming one of the first entrants into this important market means it has a first mover’s or early mover’s advantage over Libra and other competitors.

With a Celo token sale raising millions in hours and the cLabs raising millions from the aforementioned prominent investors, there is seemingly demand for these financial services and anticipation that Celo will be a leader in its field.

Celo isn’t branded as a DeFi (or decentralized finance) platform per se, but the platform is, at its core, one concentrated on decentralizing financial technologies for billions.

All reputable and major coins pertaining to the DeFi space have all seen parabolic gains over recent months. According to Messari, Aave’s LEND, Synthetix Network Token, UMA, and Yearn.finance’s YFI are just a few of many decentralized finance coins that have gained in excess of 100% in the past 30 days.

CELO is likely experiencing an increase in buying volume as DeFi as an industry is gaining traction.

Last but not least, CELO has built-in value accrual mechanisms that should allow the cryptocurrency to rise with time, barring the Celo network itself not gaining adoption.

With several positive factors supporting investor and trader interest in CELO, the cryptocurrency is off to a strong start and seems like the upside could continue.