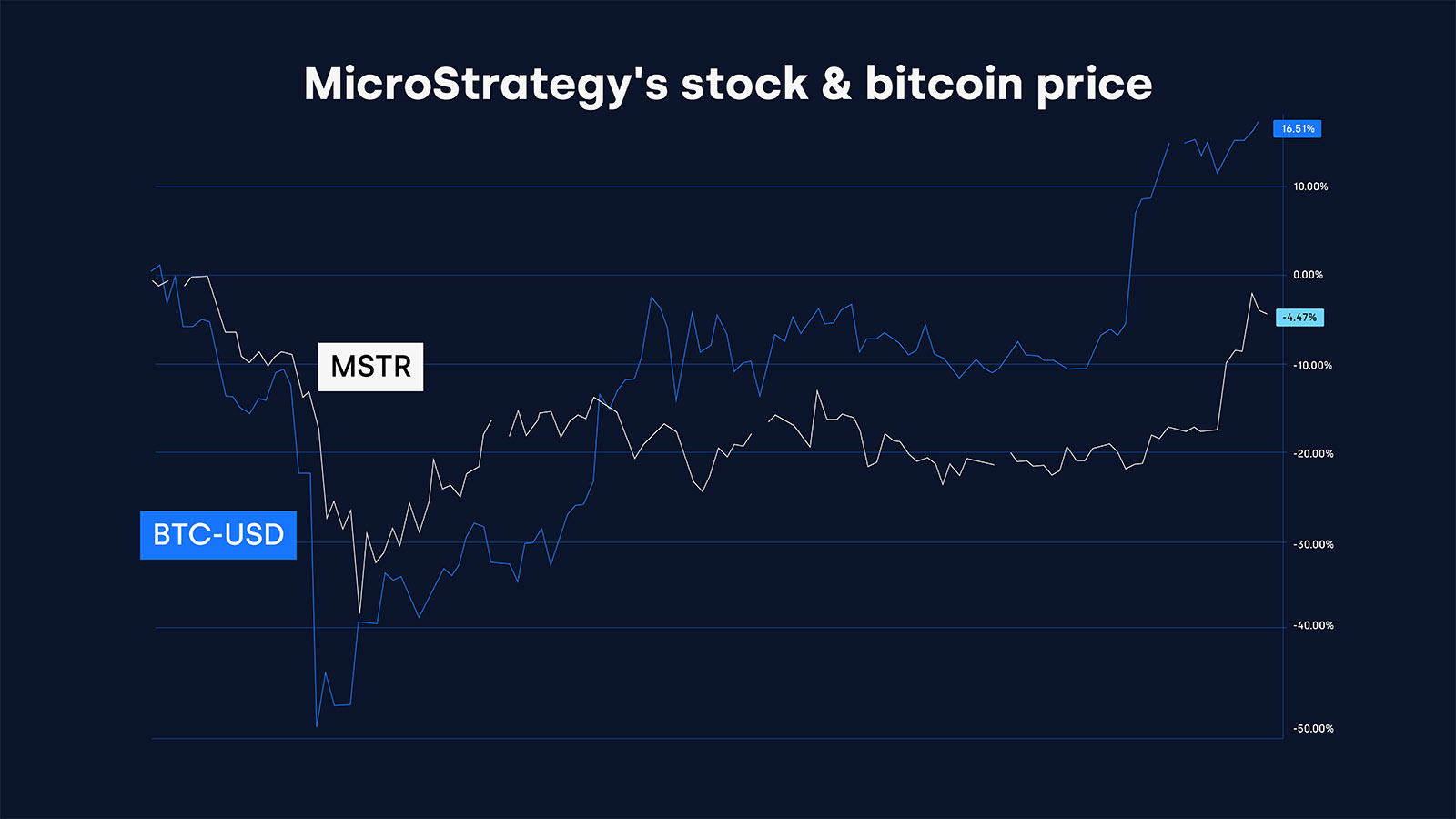 MicroStrategy made mainstream media headlines earlier in August when it announced it had purchased $250 million worth of bitcoin (BTC) with cash from its balance sheet. This marked the first time a publicly-traded company — at least one in the U.S. — purchased BTC as an investment.

A single company taking over 21,000 BTC off the open market is big in its own right, but analysts expect MicroStrategy’s bold move to spur an even bigger influx of investment into bitcoin over time. Considering the scarcity of this cryptocurrency, this should tilt the price of bitcoin positively in the long run.

“This investment reflects our belief that Bitcoin, as the world’s most widely-adopted cryptocurrency, is a dependable store of value and an attractive investment asset with more long-term appreciation potential than holding cash.”

Saylor added that Bitcoin makes sense to own when considering macro factors that include “the economic and public health crisis precipitated by COVID-19, unprecedented government financial stimulus measures including quantitative easing adopted around the world, and global political and economic uncertainty.”

As radical as these comments may have sounded to the average investor, the shares of MicroStrategy have jumped anyway.

Since MicroStrategy purchased bitcoin, MSTR has gained 17%, despite the purchase having no quantifiable effect on the underlying business. The security also seemingly trades with a positive correlation to bitcoin, the chart below shared by CoinTelegraph writer Michael Kapilkov indicates.

The strength of MSTR’s price in the wake of it dipping its toes in Bitcoin, in cryptocurrency, has made many ask if other companies will do the same.

Just the beginning for Wall Street investment in BTC?

MicroStrategy’s decision to buy Bitcoin is unlikely to be an isolated event, the punditry says. Considering billionaire Paul Tudor Jones and many other institutional investors are entering the cryptocurrency industry and are publicly promoting Bitcoin’s ethos, they may just be right.

Dan Tapiero, the founder of Gold Bullion Int. and of a new digital asset fund, shared a similar sentiment. The investor focused his response to the “landmark” news on how Saylor’s comments are especially poignant for the C-suites of the world.

With the U.S. dollar falling to lows not seen in years, global debt reaching untenable levels, governments issuing trillions in stimulus, and, most importantly, BTC becoming the best-performing macro asset of the year, analysts say the value in acquiring bitcoin is only increasing.

How will BTC’s price be affected?

Pseudonymous analyst “PlanB” has remarked that MicroStrategy’s decision to purchase bitcoin confirms the start of what he calls “Phase 5.”

This phase of Bitcoin’s life span, he has explained, will be when institutional investors become interested in Bitcoin as they seek to hedge against macroeconomic risks.

As the analyst, who manages a multi-billion-dollar portfolio in Europe, wrote in his seminal piece “Modeling Bitcoin Value with Scarcity”:

As of this article’s publishing, there hasn’t been any movement on the Bitcoin in Corporate America front. But if what Saylor says continues to come to pass, and if MSTR continues its ascent to the upside, other companies will inevitably follow suit.

Assuming simple supply-demand economics, where an increase in demand for an asset should result in a higher equilibrium price, bitcoin will move higher as corporate buyers enter. This, in turn, should make buying BTC even more attractive, forming a positive feedback loop of the “fear of missing out” that has acted as fuel for each historic bitcoin bull run.

Hong Fang, CEO of OKCoin added these thoughts: “The MicroStrategy shift to a bitcoin treasury reserve could be a milestone moment for bitcoin and the crypto-asset industry at a time when bitcoin’s value proposition is stronger and more relevant than ever. As the FED continues to pump liquidity into the U.S economy, inflation is clearly on the cards and corporate America is looking to other real assets that can hold its value. Bitcoin is now consistently in the 6X range of the price of an ounce of gold which further enforces its role as a store of value.”

The equities market has already shown approval for the move, with a jump in its stock price from $123 on the day of the announcement to $145 at time of writing. This moment could act as a green light for more of corporate America to follow suit.