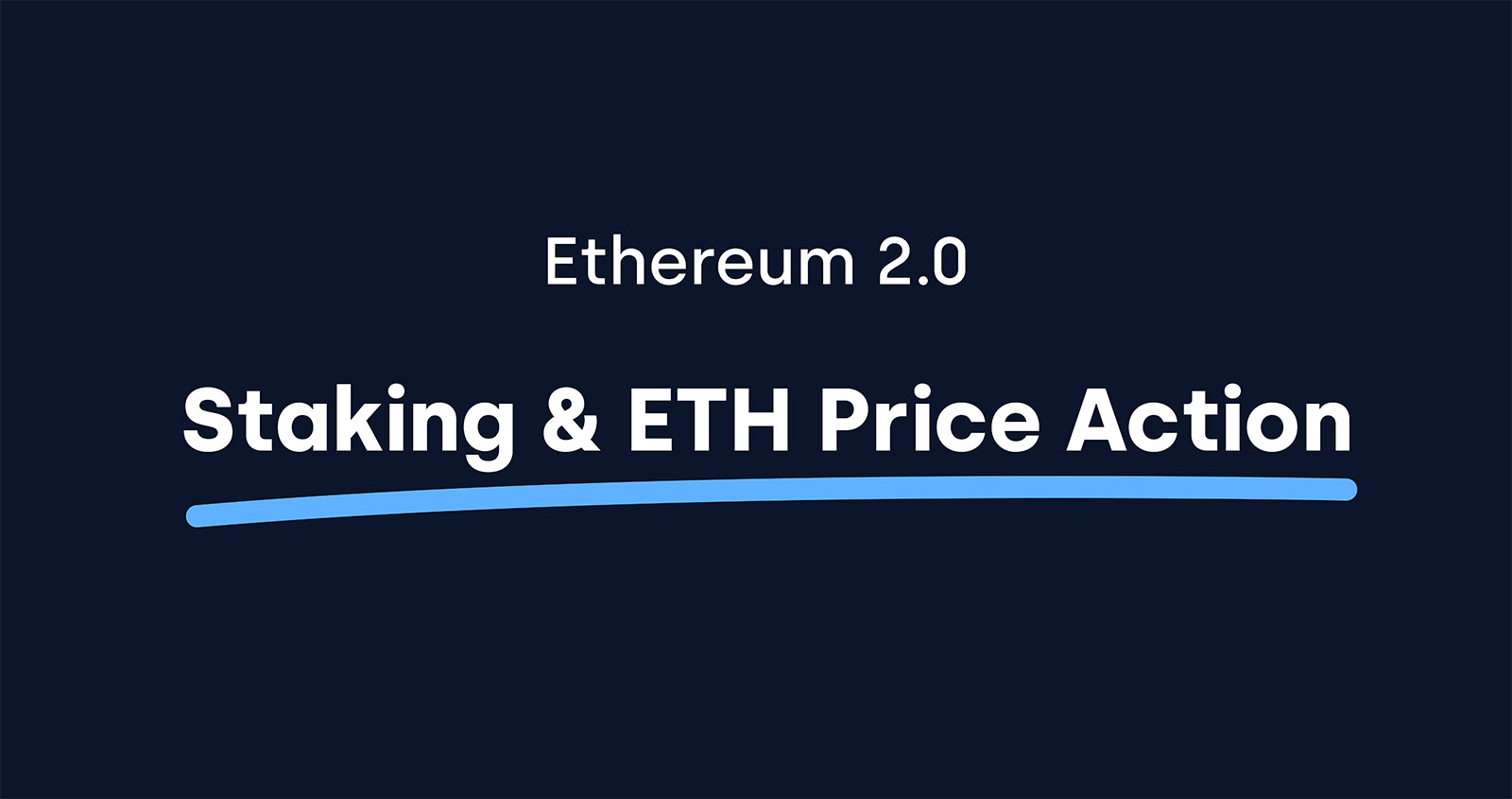 Underscoring Ethereum’s ongoing uptrend are developments around Ethereum 2.0 (ETH2). Also dubbed “Serenity,” ETH2 is an upgraded version of Ethereum that will overhaul how network nodes reach consensus and how transactions are processed.

While largely perceived as a technological upgrade for the blockchain, analysts say ETH2 has the ability to drastically affect the value of ether (ETH) over a longer period of time.

How Ethereum 2.0 can provide fuel to an ETH uptrend

Although a multi-faceted upgrade, a spotlight has been put on how Ethereum 2.0 will abolish Ethereum’s current Proof of Work (mining) model in favor of Proof of Stake (staking). Both mining and staking are consensus mechanisms that dictate how transactions are processed.

Before it is explained how this transition will potentially favor long-term upside in the ether market, it’s worth briefly identifying the differences between mining and staking.

In Ethereum’s case, users that want to participate in staking will need to acquire 32 ETH, currently valued at $13,300 per OKCoin data. This is arguably a lower barrier to entry than Bitcoin mining, where most market participants operate in rural areas with extensive energy infrastructure.

Ethereum validators, a term describing those staking coins, are expected to earn 5~15% each year once Serenity launches. The rewards are dependent on how many other investors are verifying blocks and if one’s validating node is stable.

Adam Cochran, a venture capital investor and adjunct computer science professor at Conestoga College, expects for these potential staking rewards to attract a record influx of investment into ether.

He explained in a Medium post published in April that the implementation of staking will cause a simultaneous negative supply shock and positive demand shock, creating a “price spike.”

Cochran expects this rally to be fueled by retail investors and “whales” entering the market, both to take advantage of the rally and to ensure that they are able to activate a validator node.

The investor added that Serenity will naturally increase the demand for Ethereum transactions on the network due to increased speeds, decreased costs, and more utility. As ether is required to send transactions, demand for the cryptocurrency should rise in tandem with transactions:

“We’re going to see ETH drastically increase its tx/s and therefore its commercial and consumer viability. Gas clogs, high transaction costs, long wait times in dApps all goes away, even in a busy market…  the more actual demand there is to use the system then the more the price goes up, because there is a real underlying value being created for the user.”

What may also fuel upside in the value of ETH, analysts say, is Ethereum Improvement Proposal 1559. More commonly referred to as EIP-1559, the proposal is not a formal aspect of ETH2, but it is expected to be integrated around the same time as the impending Ethereum upgrade.

EIP-1559 is a potential upgrade to Ethereum that will reduce the volatility of transaction fees and will burn ether for every transaction sent. The proposal has received widespread support  from all corners of the community, with retail investors and entities like ConsenSys backing the upgrade. Proponents believe ether will more easily garner a monetary premium with EIP-1559.

By burning ether for every transaction sent, there will be a small sum of ether removed from circulation every block instead of being sent to miners.

EIP-1559’s potential effect on ether is especially pertinent due to the ongoing boom in decentralized finance. Due to the adoption of so-called DeFi protocols like Compound and Curve, the number of daily transactions and the transaction fees collected by miners have spiked dramatically.

It has reached a point, Ethereum founder Vitalik Buterin has said that if EIP-1559 and ETH2 were implemented at current transaction levels, the supply of ether would actually stop growing.

It is hard to quantify how a stagnant or even decreasing supply of ether will affect the cryptocurrency’s price. Yet assuming simple supply-demand economics apply to ETH, a decrease in market supply and a stagnant/increasing demand should increase the equilibrium price of the asset. As Delphi Digital wrote in “The State of Ethereum 2020” report:

“Tying things together, EIP 1559 and staking [create a] symbiotic relationship where not only does increase usage drive value but the introduction of cash flows to a wider group of participants for securing the network creates a more effective long term value proposition [for ETH].”

How soon Ethereum 2.0 and EIP-1559 will be implemented, though, is unclear. Uncertainty is festering as fears have spread that ETH2’s first phase will not launch in 2020 in spite of initial promises.