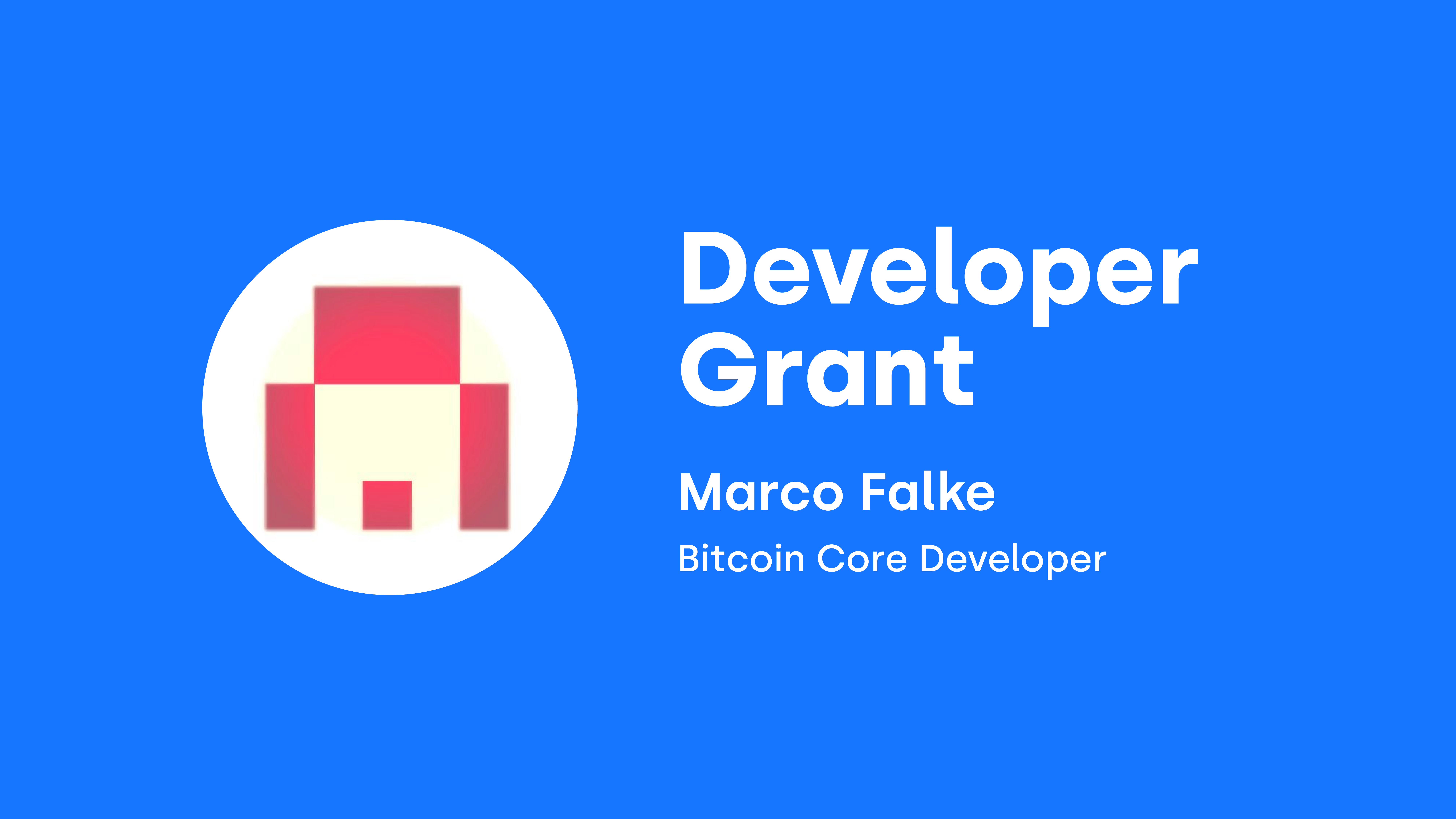 OKCoin is pleased to announce Bitcoin Core contributor and maintainer Marco Falke is the next recipient of our Independent Developer Grant. Based in Germany, Marco will receive a sum within the range of our previous three grants. As a Bitcoin maintainer and the most active contributor to the Bitcoin code since 2017, Marco is presently dedicated to the improvement of Bitcoin’s test infrastructure, which ensures the reliability and security of the decentralized network.

With this most recent grant, OKCoin will have provided over US $500,000 to open-source bitcoin development by supporting Bitcoin payment processor BTCPay and individual contributors Fabian Jahr and Amiti Uttarwar. Grant money has been used to support recent developments in user experience for BTCPay Server , improvements to the UTXO set, and functional test framework.

At OKCoin, we believe that funding open-source development of the Bitcoin network is critical to the growth of the entire crypto ecosystem, and to our mission. As a crypto exchange, we aim to make crypto investing and trading accessible to anyone, anywhere. That objective is made possible by the work of our grant recipients who contribute to the sustainable and responsible development of cryptocurrency infrastructure.

“OKCoin is committed to building crypto for the future, and playing our part in the decentralized financial system. We are inherently incentivized to invest in Bitcoin, which is fundamental to the growth of our industry,” said OKCoin CEO Hong Fang. “Supporting Marco’s work on strengthening the testing framework in addition to his general responsibilities as a maintainer is important to continuing quality development.”

After having discovered Bitcoin in 2013 and digging into the technical details, Marco began running his own node and contributing to Bitcoin Core in 2014. Interested in supporting the protocol that keeps Bitcoin alive, Marco became a full time contributor, and in 2016 was asked to become a repository maintainer for the network, with a focus on testing and quality assurance.

As a maintainer, Marco reviews contributions to ensure that the work is in line with the Bitcoin community’s requirements that each provides an improvement to the protocol. To maintain continuity across all contributions, Marco will occasionally review them all, looking for documentation of release notes to make sure all changes from the previous release are included.

Marco’s work also focuses on making development more efficient. He will work on modularizing the Bitcoin Core code so that the code is clearly segmented for developers to have a targeted focus. This makes the code easier to develop since contributors will no longer have to sift through massive pieces of the codebase.

Modularization also ensures that changes are specific to each aspect of the code. As a maintainer, Marco keeps these changes to the modules specific, helping to separate modules from each other. This is important because it’s much easier to evaluate changes if they’re specific to one piece of code, versus touching various parts of the code.

“Developers are typically familiar with specific pieces of the code and this helps to clarify the responsibilities,” said Marco Falke. “Modularizing the code also provides user advantages; you can turn off modules, like the miner module, or the mempool module, which means you can run Bitcoin Core with less computational resources.”

In Marco’s first year contributing to Bitcoin, he started to improve testing, interested in seeking out vulnerabilities by looking at potential backdoors to the code and unforeseen attack vectors. This led to a focus on infrastructure testing, called fuzz testing. Fuzz testing is a technique used in quality assurance to discover errors in code that could lead to malfunctions in operating systems or networks, or security breaches.

Improving Bitcoin’s test environment is more than surfacing possible errors, it’s also a critical component of the Bitcoin development review cycle. Today, there aren’t enough people dedicated to this task as it’s time consuming, experience-heavy, and less exciting than new ideas and projects. Because of this, testing is one of the biggest bottlenecks when it comes to accepting proposed changes to the code. Once a developer submits a PR, it needs to be reviewed by other developers. Reviews are done on a concept level and on a testing level, which takes awhile as it’s done case by case. Marco’s work on infrastructural testing will scale the testing environment and hopefully make it faster.

Marco’s focus on the testing framework will strengthen and streamline the Bitcoin development review process. This means that improving the test environment through fuzz testing will accelerate bitcoin development, something that OKCoin very much supports.

Infrastructure we all depend on

To date, we have been focused on supporting developers who contribute to the speed, security, and usage of Bitcoin. Grant recipients Fabian Jahr and Marco Falke are both working towards improving efficiency, while Amiti has improved security within the peer-to-peer layer. BTCPay widens Bitcoin’s applications, making crypto payments accessible and encouraging adoption. We’re also pleased to share that we will provide additional funding to Fabian Jahr so that we can continue to support his work.

Also interested in supporting the ecosystem, Marco is actively involved in bringing new people into the developer community.

“Making the Bitcoin Core code more robust is a big priority for me. I want to help the project make progress, and there is so much day-to-day work that is required to keep Bitcoin running smoothly,” said Marco Falke. “So, part of my efforts are focused on Bitcoin outreach and supporting new contributors to help them make progress and impact. Educating new volunteers on the project and how the consensus model functions is a really important part of building the community. I was given this support when I joined, and so I want to pass it on.”

OKCoin is committed to building crypto for the long run, making investment a natural extension of our efforts to support the developers who make Bitcoin stronger. News of grants to the open-source community have begun to increase over the past several months, providing additional developers with much needed funding. We intend to continue incentivizing open-source development and look forward to news of more organizations doing the same.

Imagine a world where everyone is a trader. OKCoin is on a mission to make crypto investing and trading more accessible to anyone around the world. We are building the next generation of tools to help onboard the investors and traders who have been on the fence about crypto.

OKCoin is a globally licensed exchange with offices in San Francisco, Malta, Hong Kong, Singapore, Japan and Korea. We are a collective of global citizens with a common passion to help decentralize finance and level the economic playing field for everyone around the world.