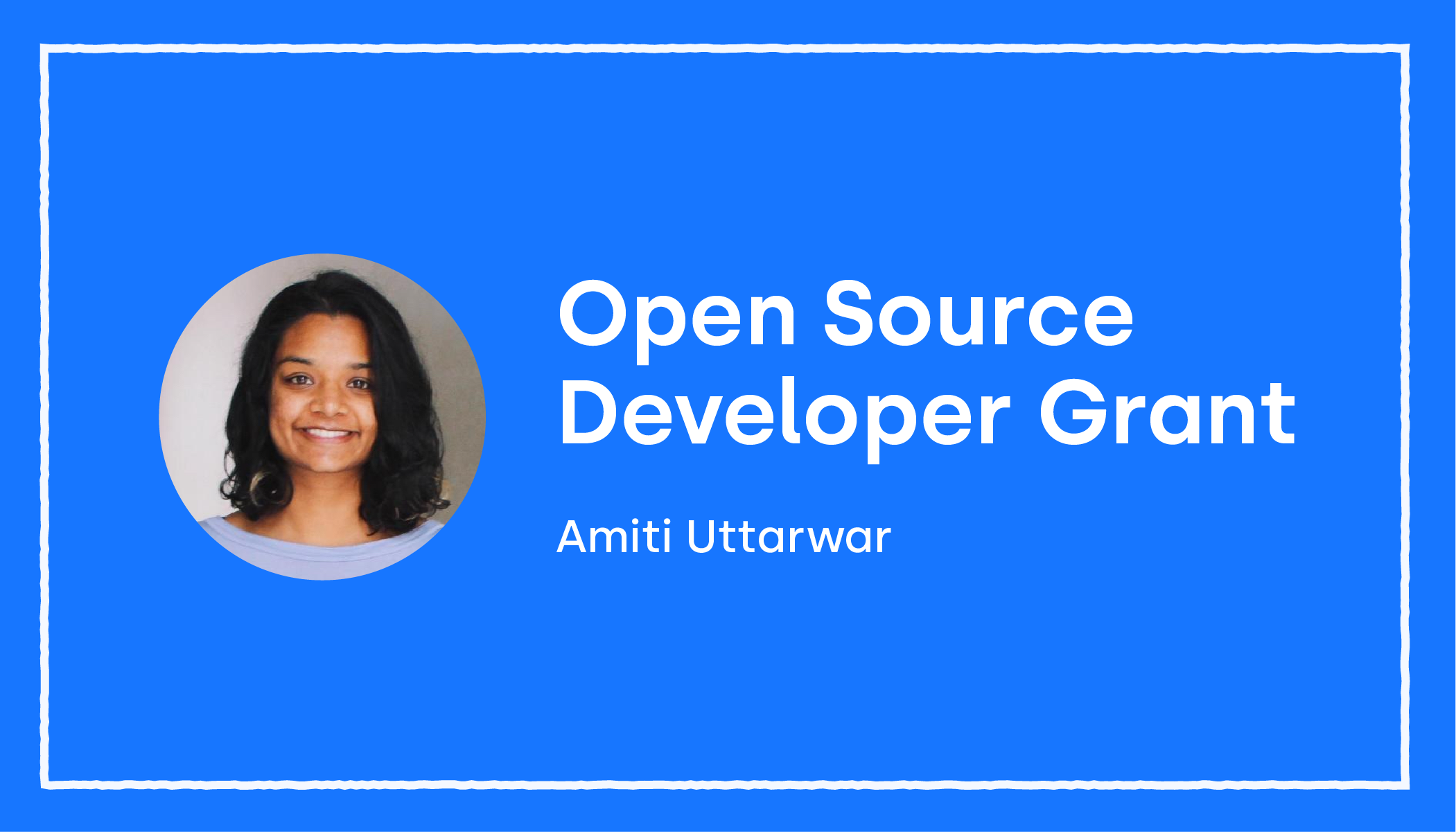 OKCoin and HDR join forces to provide a US$150,000 grant to Bitcoin Core developer Amiti Uttarwar

We’re very pleased to announce that Okcoin and HDR Global Trading Limited (which owns and operates the BitMEX cryptocurrency trading platform) are each providing a US$75,000 grant, totaling US$150,000 over 12 months, to Bitcoin Core developer Amiti Uttarwar. The HDR element of the grant is based on the open-source template grant contract. As dedicated supporters of Bitcoin Core and open source development, OKCoin and BitMEX independently identified Amiti’s work as essential to the advancement of the Bitcoin network.

Amiti’s Bitcoin Core contributions have improved the protocol and continue to strengthen the cryptocurrency. Specifically, Amiti focuses on the peer-to-peer (P2P) layer.

“Bitcoin introduces a new trust model with an explicit set of rules that are open and available to everyone.” Amiti said. “Strangers can agree on what happened without having to trust one another. This potential can profoundly shift how we interact as humans and how we structure our societies. Ever since I fathomed the possibilities, I have been hooked.”

Most recently, Amiti has focused on increasing test coverage for the P2P layer to ensure a robust codebase. Having strong automated test coverage allows developers to make changes with confidence and is standard for software projects. With Bitcoin Core, the current system we have available for testing real P2P connections only supports certain kinds of connections. Amiti’s work enables mocking another type of connection so that the test coverage can be increased.

“Backing independent developers continues to be a priority for us as we seek to contribute to the long term success and proliferation of the Bitcoin network,” said Hong Fang, OKCoin CEO. “Amiti’s work focuses on critical components of Bitcoin Core, making the codebase more secure for everyone sending transactions and building upon Satoshi’s vision of a secure and private P2P electronic cash system. This is a small but important step to incentivize open-source development and attract more developers into our industry.”

As cryptocurrency exchanges, both BitMEX and OKCoin recognize the open-source infrastructure that our business relies upon for trading and understand the opportunities that lie ahead in further building out that infrastructure.

Sam Reed, CTO and co-founder of HDR Global Trading Limited, made the following remark about the grant:

“HDR are keen to give back to the open-source systems on which our business depends. Recently HDR have announced financial support for the MIT DCI, Bitcoin Core maintainer Michael Ford and Bitcoin developer and researcher Gleb Naumenko. We are now delighted to announce that HDR and OKCoin are closely cooperating together to jointly financially support the work of Bitcoin developer Amiti Uttarwar. We are particularly impressed by Amiti’s recent work on improving Bitcoin’s privacy, by adjusting how Bitcoin Core re-broadcasts unconfirmed transactions. This unprecedented joint support is a strong signal of the extent to which both HDR and OKCoin are committed to supporting Bitcoin development, to help ensure Bitcoin’s long term success.”

A shared focus on support

Both teams have a history of providing financial support to the independent developer community. OKCoin provided grants to Fabian Jahr in December 2019 and BTCPay Server in May 2020. HDR has recently provided grants to the MIT DCI, Bitcoin Core maintainer Michael Ford, and Bitcoin developer and researcher Gleb Naumenko.

“Exchanges are built on these open-source protocols which are community goods. If we just hope that others will work to maintain the infrastructure and improve the protocol, we will fall into a tragedy of the commons. There’s still a ton of development necessary to achieve the greater vision,” Amiti explained. “Exchanges supporting open-source development may seem altruistic on a short term scale, but on a longer term scale, it is essential. I am deeply grateful that OKCoin and BitMEX are collaborating to sponsor my work. The collective commitment to open-source Bitcoin development is inspiring.”

Based in the San Francisco Bay Area, Amiti previously worked as a software engineer at Coinbase and was a full-time bitcoin developer at Xapo before going independent. In addition to her contributions to the codebase, Amiti is passionate about educational outreach. Along with conference presentations and podcast interviews, she has created blog posts and illustrations in order to explain how Bitcoin works in a relatable way.

“There are only 30-40 people who contribute to Bitcoin Core full time. Contrast this with the fact that as an industry, we are trying to build a fully functional global currency. We have a long way to go,” said Amiti. “With this grant, I plan to continue my efforts to make Bitcoin core more reliable, private, and understandable.”