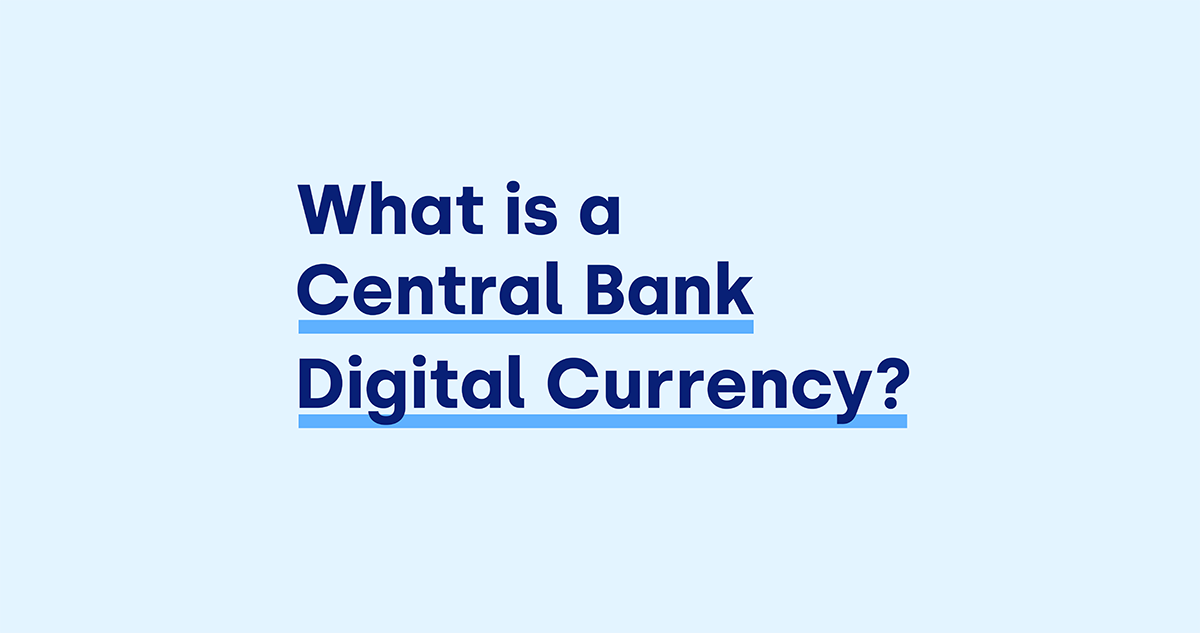 What is a CBDC and how does it work?

On June 11th, a Congressional Task Force on Financial Technology held a hearing to discuss a number of bills about stimulus money and how it can be better delivered to the people who need it. The hearing discussed the possibilities of both a digital dollar and central bank digital currency (CBDC) in order to provide financial relief in a way that is faster and more reliable than the current method. It’s been over two months since the stimulus relief was initiated and it’s estimated that between 30 – 35 million Americans are still waiting for their checks.

What is a central bank digital currency?

A central bank digital currency is a tokenized state-issued digital currency based on blockchain technology. Like with fiat currency, a CBDC would be a legal tender issued by the government and be backed by monetary reserves, but it would not replace the existing money system.

The pursuit of a CBDC is based on the success of cryptocurrency and the ability to reliably send, receive, and track transactions using blockchain technology. Since at least 2019, there has been talk of a CBDC in the United States. Other central banks have also been exploring what a crypto-based currency would look like, including the European Central Bank.

The hearing featured the proposed CBDC, the Digital Dollar Project (DDP), a project backed by the Digital Dollar Foundation and Accenture. The DDP released their white paper for a US token-based digital dollar, a digital bearer instrument, in May.

What is a digital dollar?

The term ‘digital dollar’ can have different meanings depending on who is using it. For some, it refers to a CBDC which functions using blockchain technology, like the Digital Dollar Project. For others, including lawmakers at the congressional hearing, ‘digital dollar’ refers to an improved payment system leveraging existing financial infrastructure for faster and more inclusive government payouts.

At the hearing, the task force also discussed the possibility of an updated electronic cash payment system, similar to a debit card, using a digital dollar. Different from a CBDC because it wouldn’t be tokenized, the digital dollar was proposed by lawmakers seeking a shorter term plan to deliver aid to their constituents. This proposal included using FedAccounts (consumer accounts at the Federal Reserve) and prepaid cards as a solution to moving money more efficiently.

Would a CBDC be a cryptocurrency?

It’s unlikely that a digital currency sponsored by a central bank would be able to solve some of the fundamental issues in the current system that we’re hoping crypto can help solve. These issues include the separation of money and state, removal of costly and inefficient intermediaries, and a financial store of value accessible to all.

While advanced, it’s very positive that the government is having these kinds of forward-thinking conversations. By looking at improved ways of doing things, like sending money, the Congressional task force is building awareness for better financial inclusion through technological innovation. Significantly, they’re also broadening the government’s and public’s understanding of cryptocurrency.

Last week there was also news of a Bitcoin phishing scam, follow these security tips to keep your crypto safe.

Start trading with OKCoin and get free bitcoin through our Refer a Friend program — sign up now!

Stacking STX to earn BTC rewards — everything you need to know

A complete guide to Stacking STX on OKCoin Earn, including cycle and BTC rewards timing. As we approach the third Stacking cycle — set to...