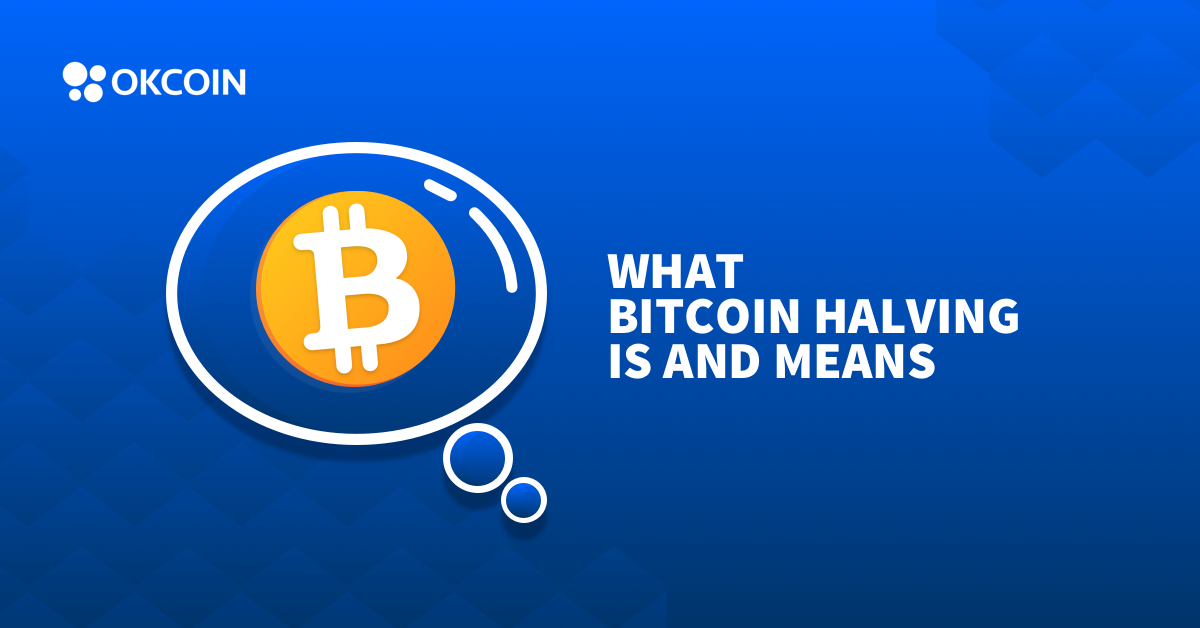 With Bitcoin, there’s no central bank and there are no surprises when it comes to supply. Unlike the US dollar, we’ve known all along how many bitcoins there will ever be, how those bitcoins are put into circulation, and when the rate of supply is adjusted. The upcoming halving in May is one of the predetermined adjustments of supply.

The US dollar and Bitcoin were both fundamentally created for the same purpose: to act as a shared medium of exchange. Initially, the value of each was based on scarcity and demand in the market as both the dollar and bitcoin were introduced with a limited supply. The dollar was originally pegged to gold and Bitcoin was coded with a finite amount.

But in the 1970s, the gold standard was abandoned, meaning that dollars were no longer backed by the value of gold, and the dollar supply began to fluctuate based on political and economic needs. Today, the number of dollars in circulation can be increased at any time based on the government and central bank, the Federal Reserve, adjusting their monetary policy, and printing more. In contrast, the number of bitcoins is hardcoded into its protocol; Bitcoin has no central authorities adjusting supply and there can never be more created. This gives it value as a scarce asset.

What is the Bitcoin halving?

The halving is Bitcoin’s mechanism for managing supply and value, an important part of Bitcoin’s economic design. Occurring every four years, the halving events are hard-coded into the Bitcoin protocol and happens automatically, without input.

As its name suggests, the halving reduces the rate of bitcoin supply by 50%. This means that the number of bitcoins that are introduced is lessened in order to wind down the rate of supply until all bitcoins are in circulation. Bitcoins are put into circulation through mining, the process of extracting a scarce resource both in the physical world and the digital world. For Bitcoin, mining means that miners, people who are leveraging their computer power to support the network, are constantly working to extract bitcoins from the existing code and in turn get to keep those bitcoins as their reward. At the time of the halving, the reward for doing this work will be cut in half from 12.5 bitcoins (BTC) to 6.25 bitcoins.

We made predictions about what the halving could mean for the price of Bitcoin and the value of its scarcity in our recent blog post.

When is the Bitcoin halving?

The Bitcoin halving date is expected to be May 12, 2020, based on when block 630,000 of the Bitcoin blockchain is mined. May 12th will mark the third halving in a series that will continue every four years until approximately 2140.

As we publish, the block height of the Bitcoin blockchain is 628,267. Follow OKCoin’s Bitcoin halving clock for the real-time block height and countdown.

How does mining work?

Likening Bitcoin to digital gold, mining is the act of doing work to obtain a valuable, scarce resource. The digital version focuses on the work of miners’ computers running the Bitcoin algorithm in order to verify network transactions. These transactions are added to a block on the Bitcoin blockchain, which is cryptographically secured and linked to the previous block. Securing the block involves solving a complex math problem and miners compete for the solution in order to earn the block reward: bitcoins. A block is added to the chain every ten minutes, meaning that bitcoins are brought into circulation every ten minutes.

With the halving, that block reward is being cut in half. Bitcoins will still be extracted from the code every ten minutes, but fewer bitcoins will be extracted at a time. Once the coins are mined, they can be sold into the market, creating supply for buyers and investors. Only 21 million bitcoin exist, and 18.3 million of those have been mined.

While the price of bitcoin has fluctuated with volatility as the network has developed, it does remain relatively high. The price point may seem like a barrier to investing, but investors don’t need to buy a whole bitcoin. Each bitcoin is made up of 100,000,000 satoshis. The units are completely disproportionate, but you could think of it as pennies that add up to a dollar. Investors can purchase a portion of a bitcoin, giving them a number of satoshis, or “sats.”

Create your OKCoin account to buy bitcoin easily and securely. Earn free bitcoin by referring a friend, and check out the many crypto assets that OKCoin supports.