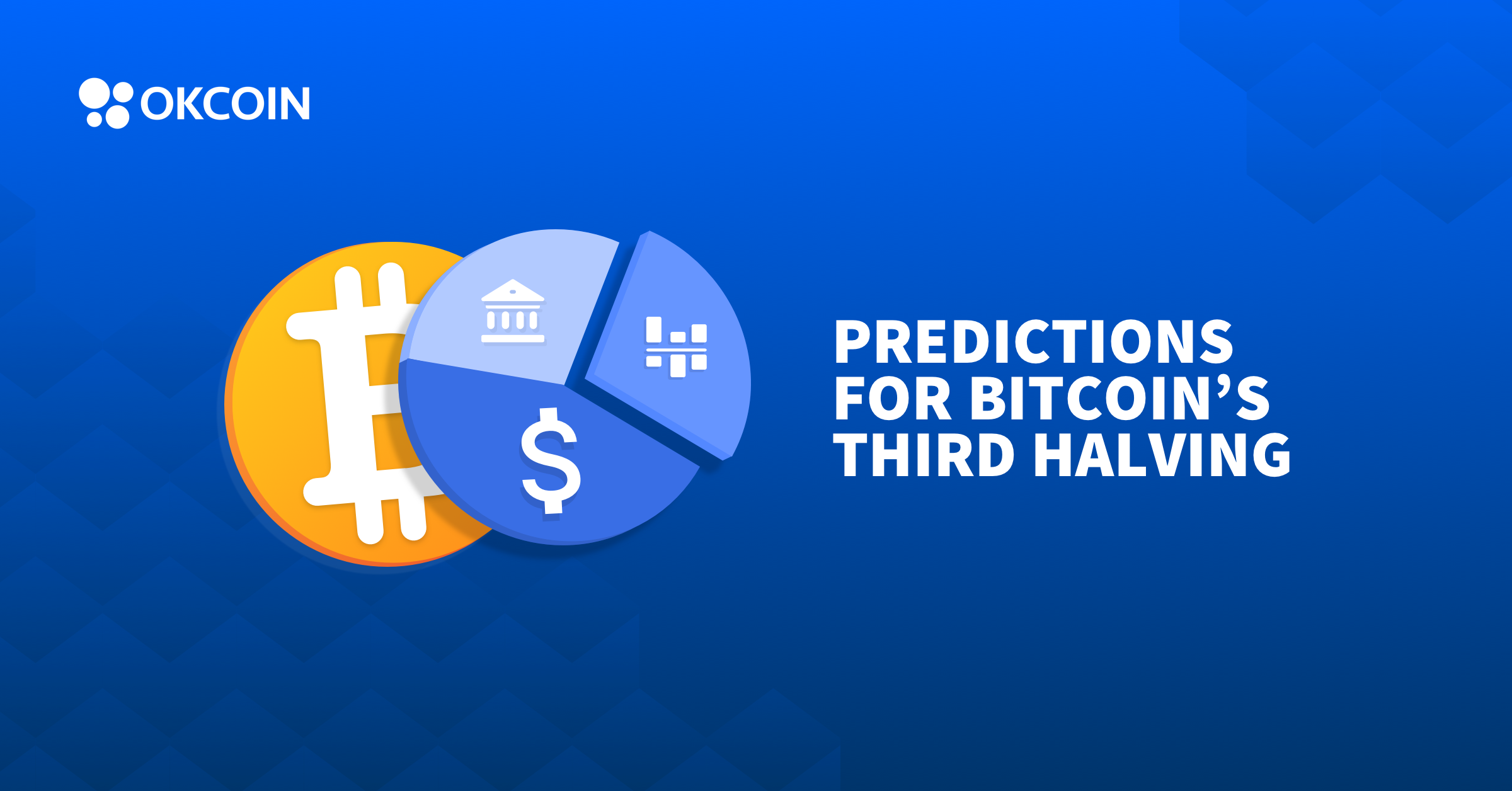 The Bitcoin halving date is soon approaching, marking the third time that the rate of Bitcoins issued will be reduced by half. Bitcoin’s third halving occurs when block 630,000 is mined on the Bitcoin blockchain, which is expected to take place on May 12th, 2020. At that block, the miner reward is cut in half from 12.5 BTC to 6.25 BTC per block.

Halvings occur every four years and are a core component of Bitcoin’s monetary policy and contribute to its scarcity and utility as a store of value. These events are hard-coded into the protocol to wind down the supply growth rate until all 21 million Bitcoins are mined around the year 2140.

What should we expect during the halving?

Today, 18.3 million Bitcoins have been mined (but not all are in circulation) and we can expect that by about 2032, 99% of all Bitcoins will be mined. The halving will mark the first time that Bitcoin’s inflation rate, or annual supply growth, will fall below the 2% inflation rate target of the Federal Reserve.

After the halving, Bitcoin’s stock-to-flow (S2F) ratio will increase. The S2F ratio is adjusted from the traditional stock-flow (SF) model, which is used to determine the abundance of assets like silver and gold by dividing the commodity’s inventory by its annual production. Relating the existing supply against new issuance, S2F measures Bitcoin’s scarcity. Today, the S2F is 24. After the halving, it will be 48. The higher an S2F is, the greater the scarcity of the underlying asset, and the greater its value. For comparison, gold has a SF ratio of 62, which is the highest of all commodities.

Designed to be a disinflationary asset, the halving is Bitcoin’s mechanism for managing supply. While halvings have always been recognized as a feature of Bitcoin’s resilient economics, the 2020 halving is particularly impactful in contrast to concerns surrounding fiat currency debasement. Increased printing of the US dollar could result in devaluation, meaning that each dollar would have less purchasing power because there are more in circulation. The difference between fiat monetary policy and Bitcoin monetary policy is highlighted in the supply growth rates. These two different policies could be contrasted as quantitative easing versus quantitative tightening; increasing the rate at which new money is issued versus decreasing the rate at which new Bitcoin is issued. This is largely what drives bullish sentiment for Bitcoin.

Will the price of Bitcoin go up after the halving?

The halving demonstrates the stability of the protocol, drawing investor attention to its sound money properties and disinflationary design. Historically, halvings have been accumulation events, with new and existing investors buying in and pushing Bitcoin into a bull run.

Or, will the price of Bitcoin go down after the halving?

Investors react to potential Bitcoin network updates and changes by “buying the rumor and selling the news.” With previous halvings, the price of Bitcoin has run up ahead of the event, but has dipped afterward as excitement waned. Some analysts point to this sentiment as the reason for the change in price.

After a halving, the Bitcoin network’s hash rate, which measures the total processing power of the network, typically drops as the block reward and miner profits are significantly reduced and higher cost miners are pushed out of their operations. A lower hash rate may result in slower blocks and delayed transactions until the network difficulty adjusts. Hash rate traditionally follows price, but once it has dipped and the miner incentive is decreased, the price could face further downward pressure.

What happened to the price of Bitcoin in March?

While code-based digital assets don’t require a market narrative in the same way that traditional speculative assets do – earnings, consumer trends, GDP, etc – there is a greater story playing out in the macro-environment that has affected Bitcoin’s price. Bitcoin’s correlation to financial markets on March 12th increased when a large sell-off dropped the price by ~50%. But Bitcoin is fundamentally a non-correlated asset that can’t be altered or manipulated by a centralized bank like the Federal Reserve. The March sell-off was a clear show of Bitcoin’s strength, providing equity and bond market investors with liquidity when they couldn’t find it in traditional asset classes. In the past month, Bitcoin has decoupled from equity markets and the halving is likely to increase the divide.

Is the halving already priced in?

Many traders and analysts (like these), believe that events, data, and value metrics are already considered in the price of Bitcoin, which is a core component of its attractiveness as a store of value. The advantages of Bitcoin are based on math, all demonstrated in the charts that follow hash rates, transaction rates, nodes and global adoption, and scarcity of supply. Trading on the fixed supply narrative supports future halvings already being priced in.

We were introduced to Bitcoin just as the 2008-09 recession was taking hold. Today, we see that Bitcoin is poised to thrive in a time of pandemic and recessionary uncertainty as a decentralized, digital, and disinflationary asset. Bitcoin provides a global monetary system that hedges against fiat debasement.

With the bull run across traditional markets over, it’s highly likely that investors will continue to shift into Bitcoin.

At OKCoin, it’s our mission to make it easy and safe to buy and sell crypto assets using local currencies globally. Start trading today, and sign up below for our newsletters for the latest exchange and cryptocurrency updates.