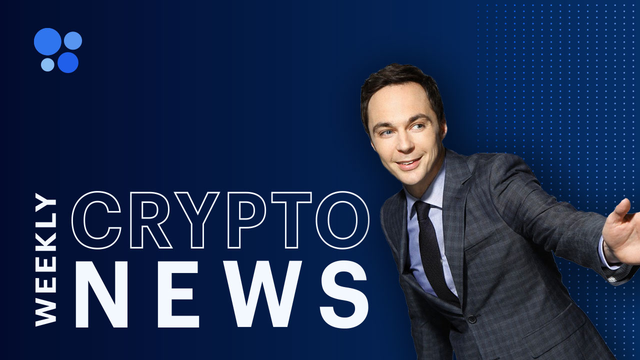 Cryptocurrency enthusiasts have dreamed of the day when tokens would gain mainstream attention. It certainly doesn’t get more mainstream than The Simpsons — the long-running animated comedy series tackled crypto thanks to a debut from “TV’s most beloved scientist,” Jim Parsons. And much to the community’s surprise, it was an informative scene that explained the technology in understandable terms. (But seriously Simpsons, keep Satoshi’s identity on the down-low already.)

In this system, rules are defined for the creation of additional units of cryptocurrency. They can be generated by fiat like traditional currency or just thrown around randomly or all given to LeBron.

Bitcoin trading options are on the rise, granting users and institutions the ability to exchange crypto derivatives. Now it seems JP Morgan itself is considering the opportunities of this emerging field. According to a new 74-page report from JP Morgan’s Global Research team, “there is genuine demand for non-linear institutional trading products in crypto markets.” While JP Morgan has yet to enter the derivatives space, the spike in institutional demand suggests it will watch this trend closely.

If you were around in 2017 and 2018, you likely remember the reports from mainstream media revealing that JP Morgan’s CEO, Jamie Dimon, wasn’t the biggest fan of Bitcoin; in interviews, he lambasted the cryptocurrency, calling it a “fraud” that global governments were going to “crush.”

This sentiment hasn’t stopped JP Morgan from delving into cryptocurrency and blockchain, running its own Quorum blockchain unit and releasing reports on developments in Bitcoin.

Belgian internet provider Belnet launched the first node of the European Blockchain Service Infrastructure earlier this week. The EBSI is a pan-European blockchain network funded by the European Commission to provide reusable software and services to EU institutions and public administrations.

Last year, the European Commission selected four use cases for the project.

The first is notarisation: using blockchain for digital audit trails; to automate compliance checks quickly; and to prove the integrity of data.

The second is to log education credentials on the blockchain, “significantly reducing verification costs and improving authenticity trust.”

The third is to create digital identities, which EU citizens can use to “create and control their own identity across borders without relying on centralised authorities.”

The fourth is for secure data sharing among EU customs and tax authorities.

These use cases were selected in 2019, and 2020’s use cases will be selected at the end of this year’s first quarter. Those use cases, whatever they may be, will go live at the start of 2021.

Central banks around the world are currently either developing a digital currency or considering the option carefully. The Bank of Canada, meanwhile, has a middle-ground approach — develop a prototype currency to unveil if the need presents itself at a later date. Canada would activate this currency if cash options became limited or if private stablecoins like Facebook’s Libra became prevalent.

“We need to move forward to work out what a potential CBDC might look like and how it could be managed, if the decision were ever taken to issue one.” Lane said regarding preparations for a potential central bank digital currency in Canada.

Central banks around the world are trying to get to grips with emerging payment technologies. Private-sector initiatives such as Facebook Inc.’s Libra are adding urgency to the debate over how digital currencies should be handled.

That’s the roundup for February 29, 2020. Check in next week for the latest news of cryptocurrency innovation and regulation around the world!