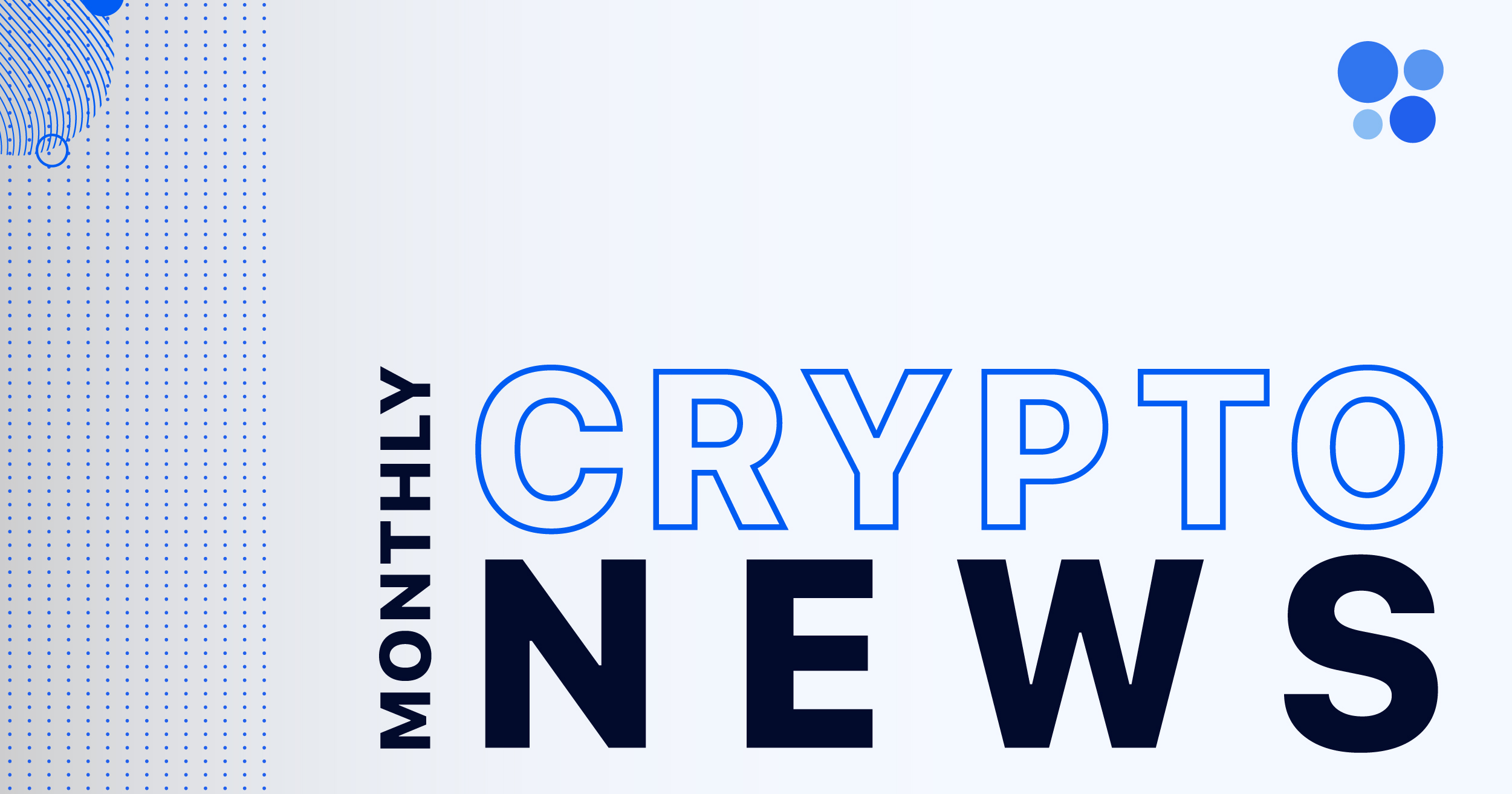 Cryptocurrency is constantly changing in response to new innovations, regulations, and market fluctuations. That’s why OKCoin publishes weekly news summaries that explore the latest crypto impact on a global scale. As we move into December, let’s take a look back at OKCoin’s favorite stories from the past month:

Facebook hoped the libra token would make it a major player in the cryptocurrency space. Today, it seems to face more regulatory scrutiny than any other crypto project. A newly-introduced bill called “Managed Stablecoins are Securities Act of 2019” may classify the Libra as a security token and create a new regulatory structure for digital assets.

Two members of the House Financial Services Committee, Reps. Sylvia Garcia, D-Tex., and Lance Gooden, R-Tex., proposed the “Managed Stablecoins are Securities Act of 2019” on the day of a committee hearing on the role of big data in financial services. Garcia explicitly called out libra in a statement announcing the bill, saying that it and other managed stablecoins “are clearly securities under existing law.”

With the recent discovery that blockchain mining accounts for 1% of global energy, many have worried about the impact Bitcoin might have on climate change. Follow-up research, however, suggests that the direct impact on carbon emissions is lower than expected. A new report from Aalborg University in Denmark determined that previous blockchain climate studies made blanket assumptions about mining energy usage — for example, that all Bitcoin mined in China contributes to carbon emissions. In reality, China’s increasingly diverse power grid — most notably hydropower in Sichuan — implies that Bitcoin’s global footprint is far more complicated.

[Breaking] down the emissions within China to a more regional level produced a much lower global footprint for the cryptocurrency, of 17.29 megatonnes of CO2 in 2018. While coal-heavy Inner Mongolia accounted for just 12.3 per cent of bitcoin mining, it resulted in more than a quarter of the total emissions. The reverse effect was seen in the hydropower-rich Chinese province of Sichuan.

The researchers also found that it is overwhelmingly the electricity use of bitcoin mining that contributes to the cryptocurrency’s carbon emissions, not the production and disposal of the computers doing the mining, which accounted for just 1 per cent of the emissions.

Köhler says the findings don’t mean we can stop worrying about bitcoin – especially given electricity use per new bitcoin is growing – but we should put it in perspective. “On the one hand we have these alarmist voices saying we won’t hit the Paris agreement because of bitcoin only. But on the other hand there are a lot of voices from the bitcoin community saying that most of the mining is done with green energy and that it’s not high impact,” she says.

China has a plan to become a global cryptocurrency leader, and it starts with retail payments over cross-border payments. The former head of the People’s Bank of China, Xiaochuan Zhou, told the Caixin Hengqin Forum that China would emphasize retail use of digital yuan payments. While Zhou is no longer leading the central bank, his speech is considered to be a soft signal for how China intends to proceed.

“There are two goals for international digital currencies,” Zhou said. “The first one, which is also what China envisions is to develop digital payment and its use for retail system in the country, while the other goal is to cross-border payment for international financial institutions.”

According to Zhou, these two goals will require different technical designs for the digital yuan, and China might expand its capabilities once it implements the digital payment function in retail.

Zhou said China is a difficult environment to test out the new digital currency, and a country with a smaller population could be better since the cycle for currency circulation is shorter.

Cryptocurrency Jobs Per Million Rose By 1,457% In The Past 4 Years

Are you looking for a job in crypto? Now is the time to start applying. According to a recent Indeed.com study, the number of cryptocurrency jobs per million increased by 1,457% since 2015. This increase was sustained throughout an initial surge and decline in blockchain-related job interest. While job searches have seemingly declined due to recent market volatility, blockchain companies still have an overwhelming demand for engineers, developers, and software architects.

From programming smart contracts to designing UIs for cryptocurrency apps to building decentralized apps (dApps), there are several jobs in the cryptocurrency field right now.

Those who are looking for a job in this field should familiarize themselves with basic cryptography, P2P networks, and languages such as Python, Java, C++, JavaScript along with other crypto skills.

To further increase your chances of getting selected in blockchain development profiles, one should have knowledge of Bitcoin Script, Hyperledger, Ethereum’s Solidity, the Ripple protocol, or other languages that are currently used in development such as Rholang.

And that’s the November monthly round-up! Check in every week for the latest news of cryptocurrency innovation and regulation around the world!