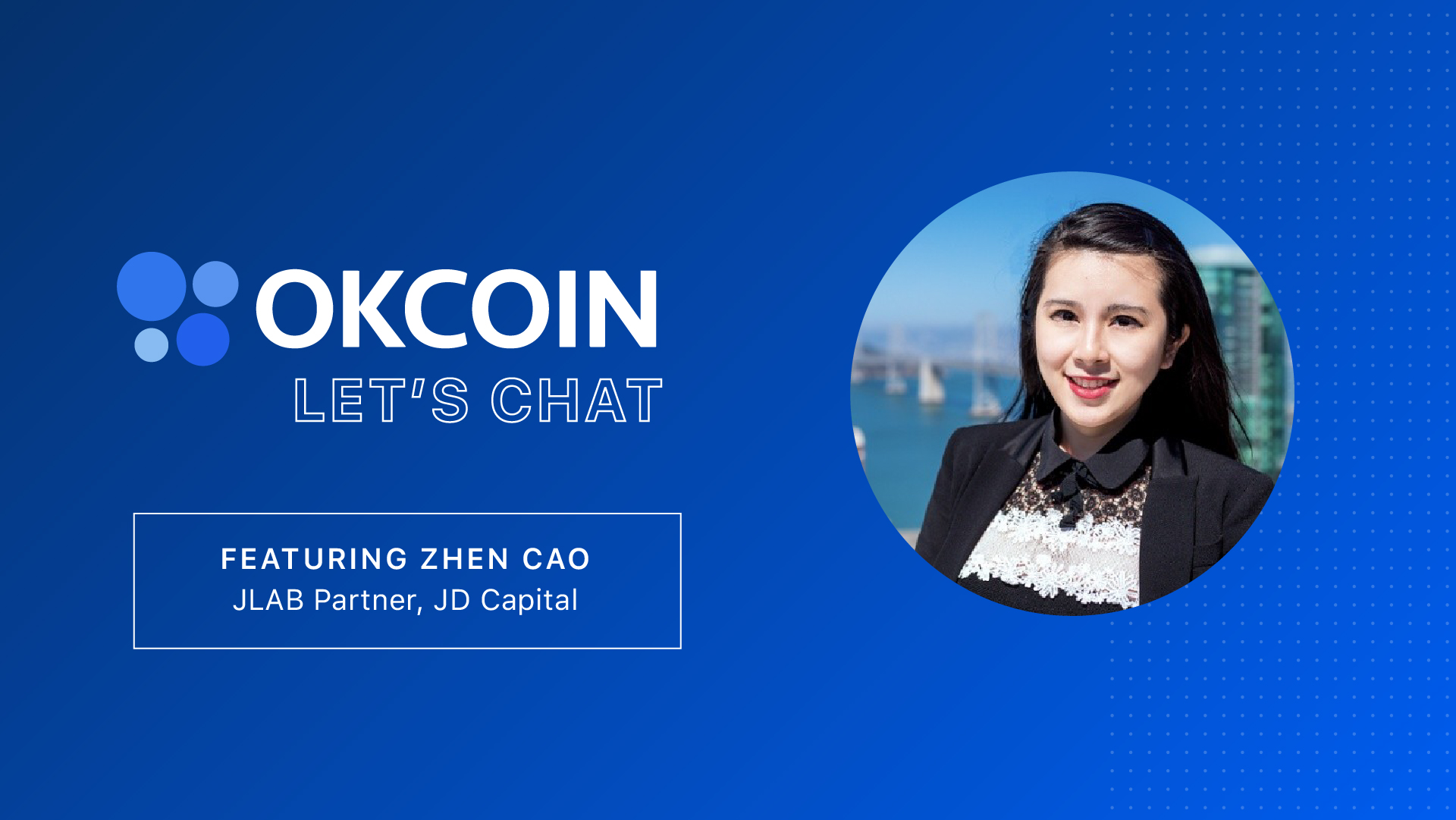 This week, our OKCoin Cast looks to Asian markets in a conversation with Zhen Cao. Zhen is a JLABS partner at JD Capital, the only publicly traded PE group on a major Chinese stock exchange. And since Zhen oversees portfolios related to blockchain investments, she has a unique perspective when it comes to the venture capital industry.

Compared to those in Asia, Western blockchain communities are privacy-conscious

“A lot of people [are] more aware of their privacy here in America,” Zhen explained. “When it comes to cryptography research, it’s mostly [a] Western effort. We didn’t hear about that much concerning [private] data because apparently a lot of [tech giants get] pushed out of China because of the data issue.”

To explain why privacy is a minor concern in China, Zhen pointed to the one-party system and the state-controlled media. Many Chinese believe that relinquishing their privacy has led to an increased quality of life.

“Everyone is aware of [tech giants like] Facebook and Google, how they do scraping, get [our] conversations, and [Alexa’s voice listening]. The media has more power as well [in the West], so if there’s really significant things going on it’s really hard to push down.

Crypto can give power back to gaming communities

When asked about fascinating crypto opportunities, Zhen immediately looked to gaming. “We’ve seen a lot happening in the gaming space,” she noted. “I mention the virtual economy because right now … we’re always talking about cutting off the middleman. So who’s the middleman in gaming? Those are the publishers and distributors.”

In today’s video game industry, publishers hold a great deal of power over production — right down to which games get funded. In a year of multiple high profile industry layoffs, many developers have started looking to alternative business models.

Zhen believes crypto has the potential to transform video game communities into monetization partners. For example, third-party streamers could earn revenue from developers via a cryptocurrency platform that expands the visibility — and net worth — of the game itself.

“Sometimes publishers take 90% of the revenue share out of a game developer,” she continued. “At some point … it’s inevitable that we need to provide more power back to the creators. A publishing protocol is an interesting idea that lets you give revenue directly to fans [contributing to the games].”

Digital assets will become valid options for your investment portfolio

What will future generations put in their investment portfolios? There are many practical considerations, but one thing is clear: Digital assets are an increasingly valid option. Everything from crypto tokens to video game skins has a monetary value that is only just starting to be acknowledged.

In fact, Zhen argues this process has only just begun. “There is a kid 10 years old or 12, and then his uncle was asking him ‘Hey, do you like Fortnite Buck or “buck”?’ He says ‘Of course Fortnite Buck!’ So it’s very interesting that we’ve seen the value of this paradigm shift.”

“We know that the virtual identity already constitutes a large percentage of our adult life now, but what about the people [who] grow up playing games? Their virtual identity may already be more important than real-world identity.” Only time will tell, as we cannot be certain what investments will have the greatest appeal to the digital generation.

We’d like to thank Zhen Cao for taking the time to speak with us! Be sure to subscribe on iTunes or wherever you get your podcasts.