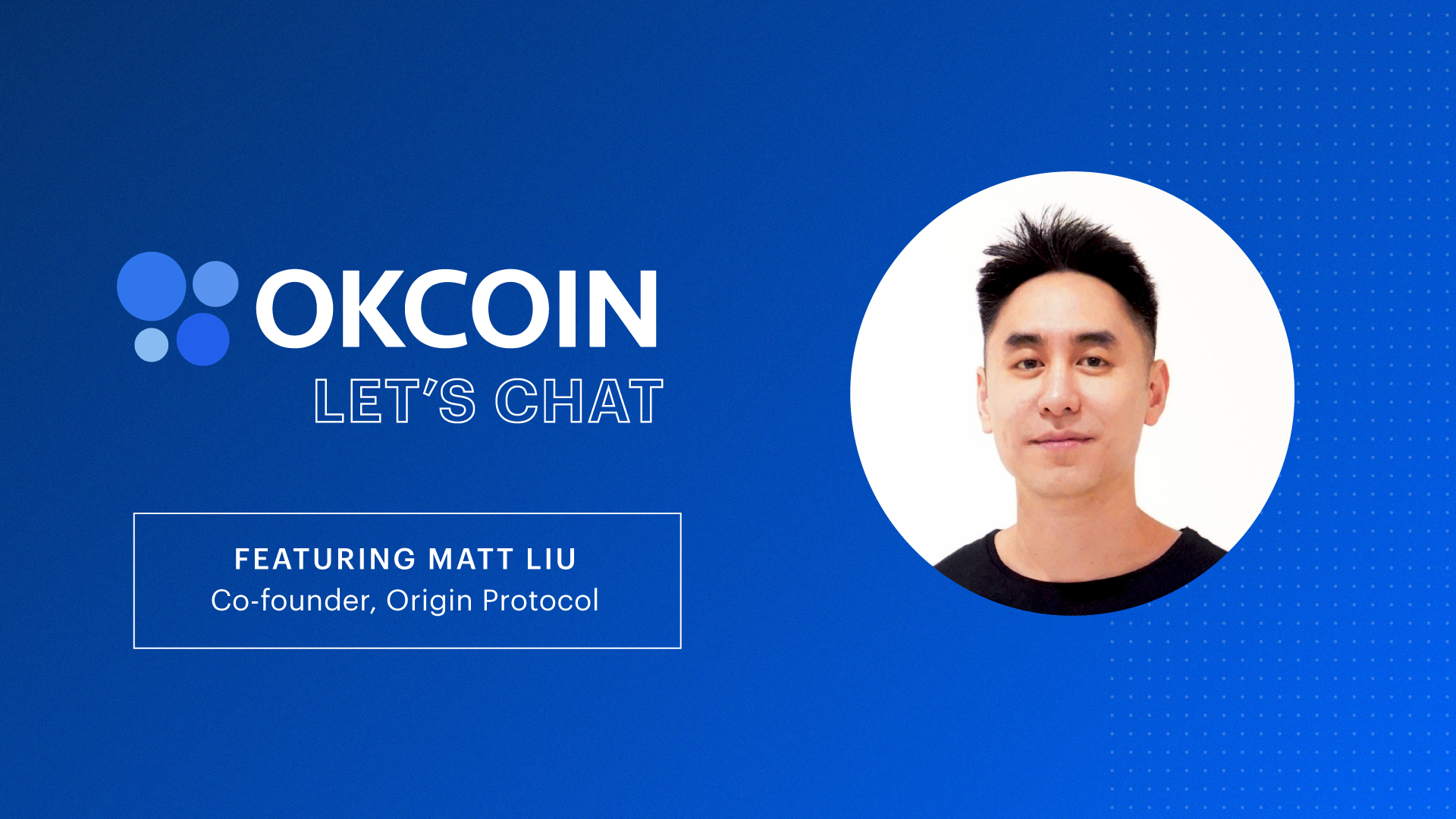 Matthew Liu, the cofounder of Origin Protocol, is deeply embedded in the tech world. Over the past two decades, he’s worked as a product manager for major brands, including YouTube and Bonobos, and collaborated on a suite of profitable e-commerce apps. After co-founding PriceSlash, a successful e-commerce startup, he decided to zero in on a key issue of the new age of e-commerce: the decentralized market. The vision behind his current venture, Origin Protocol, is to build a decentralized, peer-to-peer sharing economy platform on the Ethereum blockchain. As our guest on OK Let’s Chat, Liu spoke about the power of further decentralizing the existing crypto ecosphere, developing a common protocol, and building a healthy ecosystem that rewards buyers and sellers while cutting out the middleman.

Liu hopes that by building a massive network with Origin, buyers and sellers will have a real stake in the market. A large, decentralized network for buying and selling will promote open commerce, allowing participants to choose how they’re doing business away from regulation, fees, and arbitrary rules imposed by big platforms like Uber or Airbnb.

According to Liu, most people don’t grasp the true value of a decentralized market, but he’s not sure if they need to. For users, however, true decentralization means that they could use their cryptocurrency without paying fees.

“What’s actually important for us as technologists,” says Liu, “is how do we use decentralization to create new value for users, new value that they can understand.” To the users, a strong decentralization protocol will just be the structure of the world. “If you can connect buyers and sellers directly, you can reduce the fees that they’re currently charged. Maybe we reduce it all the way to zero, or maybe it’s a very nominal percentage, but it’s certainly not the 25% that Uber takes from its drivers today.”

How, then, does this decentralized economic platform get funded? Liu has reckoned with this question and concluded that such a business wouldn’t offer traditional value to investors.

“The intention is not to go through a typical acquisition like a normal private company would be,” said Liu. “All of Origin’s code is open-source. It’s being worked on by the community; we have over a hundred different software engineers contribute to the code base even though we only have 15 employees. This is something we’re building for the entire world to participate in.”

In short, the Origin platform is founded on a similar model to the protocols that run the internet itself: No single person or entity can own them. Self-sovereignty is a concern among some crypto enthusiasts, but it’s the value of decentralization that Liu thinks the public will come to value.

Incentives will bootstrap the platform

Buyers and sellers will ultimately benefit from cutting out the middleman, but convincing them to join in the short term is not a simple task. “At Origin, we’ve launched a program called Origin Rewards … an incentive program that allows end-users to earn Origin tokens by taking actions that will promote the health and growth of the network. So, for example, if you buy qualified listings on Origin, or if you verify your profile, thereby increasing trust and reputation on the platform, or if you refer a bunch of your friends, we’ll give you small amounts of Origin tokens.”

Those Origin Tokens (OGN) are a cryptocurrency that can then be spent to gain various benefits while on the platform. You can currently use them to boost your listings on the market, giving them preferred placement and visibility, though additional uses will emerge in the future. Liu also outlined the business theory behind OGN: “Our thesis is that having this community of people that believes in what we’re doing, but giving them a stake in the network, will allow us to bootstrap all of these marketplaces much faster than before.”

The goal is that this structure, along with a fee or commission structure, can effectively serve as something like an affiliate fee to help distribute sales listings across the internet. “This is actually a pretty proven business model that we’ve seen in the first wave of the internet,” said Liu. “These affiliate fees and advertising models where merchants and providers of different services are paying for attention. This is already built into the protocol layer at Origin, but it’s an optional thing.”

One of Liu’s four pillars for Origin is a lofty one, though he admits it won’t come until further down the line. “It will take a while to play out, but we believe helping the unbanked communities all over the world is something that decentralized marketplaces can undertake much better than centralized marketplaces.” Venture capital-funded projects, says Liu, generally ignore markets where they cannot make a healthy profit. Places like East Africa, parts of Southeast Asia, and even Middle America, go ignored. These markets that aren’t normally large enough to exist, because they won’t be funded by a large capital firm, but the goal of Origin is to let them exist by providing a shared, open platform. “We think that these shared network effects will prove to be extremely, extremely powerful a couple of years down the line.”

Liu thinks that giving those people the ability to build electronic platforms of their own is key. He wants Origin to be “a platform that allows anyone to create a decentralized marketplace, this means that many more niche communities, many more verticals, can be created all over the world for the approximately one-third of people that are currently unbanked.” These people already have internet connectivity, for the most part, via cheap android smartphones: They simply need a platform to buy and sell on.

“If blockchain technology does not solve real problems,” says Liu, “then the whole thing is just a vast waste of time by smart people in a meaningless intellectual exercise, but if we are able to actually solve real problems then we are gonna change the world. We are going to bring about this true Web 3 revolution.”

Thank you to Matt Liu for taking the time to speak with us about Origin Protocol! Be sure to subscribe on iTunes or wherever you get your podcasts.