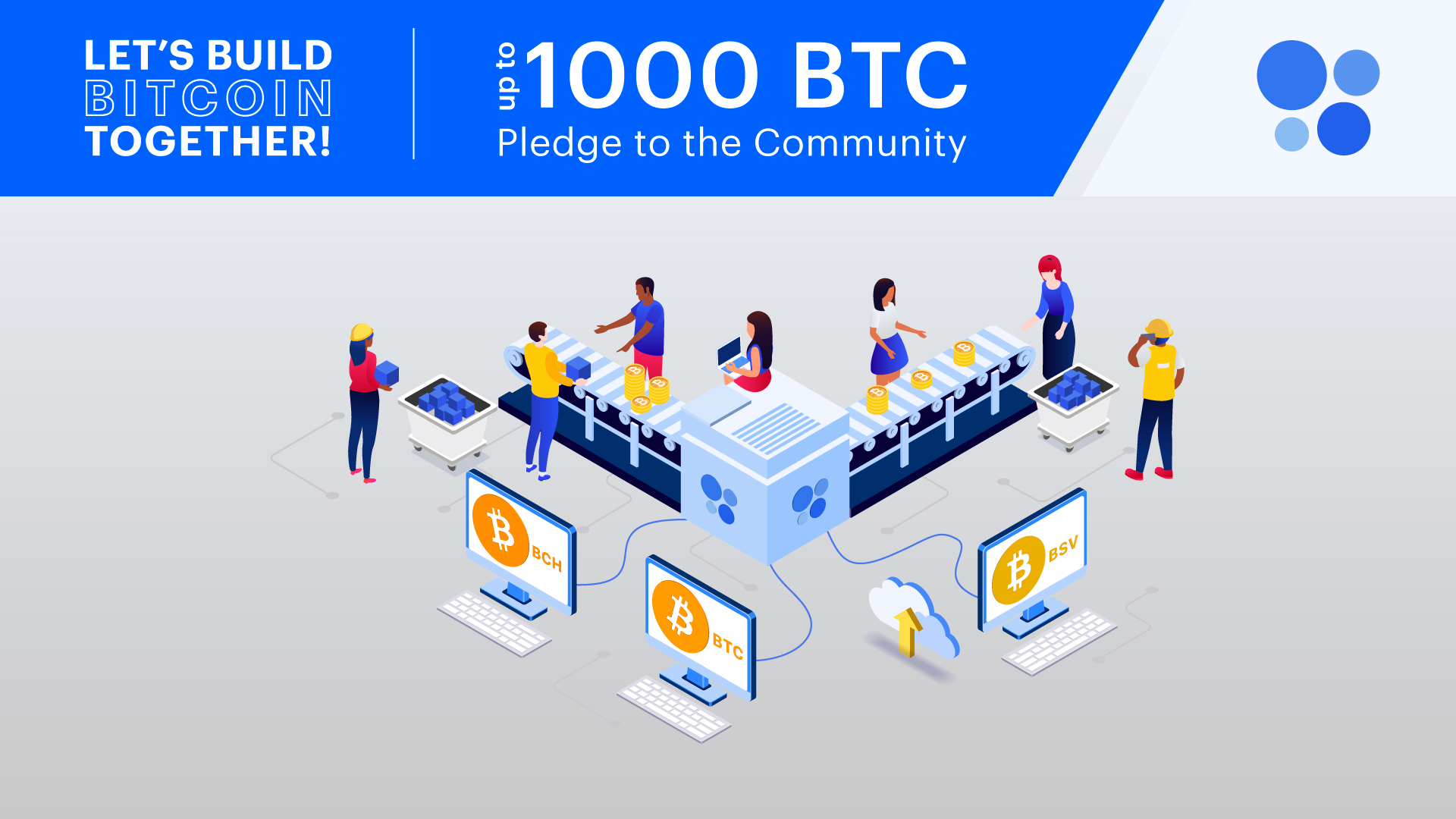 In early September, OKCoin launched a major initiative in support of the open-source developers building crypto: “Let’s Build Bitcoin Together!” With this pledge, we are offering up 1,000 BTC to developers and organizations behind Bitcoin (BTC), Bitcoin Cash (BCH), and Bitcoin Satoshi Vision (BSV). If you’d like to learn more or participate, you can do so here.

As one of the earliest crypto exchanges, we’ve witnessed the impact that the contributions of open-source developers have had on this industry. From Satoshi’s early work to recent contributions from global independent developers, the ecosystem has seen a tremendous amount of collaboration and progress over the past decade. OKCoin’s mission is to make digital assets accessible to the world, and we believe that improved accessibility of digital assets is a boon for everyone. That’s why we’re proud to do our part by recognizing previous accomplishments, educating the community, and making a tangible contribution to open-source development.

What is open-source development, and why is it important?

Every major cryptocurrency is backed by open-source development. It is the lifeblood of the crypto ecosystem, and it’s part of what makes this space so exciting and innovative. Unlike conventional software, which is produced by a unified team of developers managed and controlled by a single company, open-source software is collaborative and decentralized. The code is shared freely and published transparently, and it is not the sole property of any single producer.

Open-source development is the backbone of many of the servers powering the internet, and it’s the structure of Bitcoin. Open-source development guarantees freedom, transparency, and decentralization — three qualities that lead to trust. Bitcoin users trust the software to function as intended, be resilient towards bad actors, and be available to anyone.

Over the years, over 640 different contributors have committed over 21,000 changes to Bitcoin’s software (as of September 9th, 2019). Another interesting metric comes from Maria Shen and the team at Electric Capital, where they did a deep dive into developer activity in the 1st half of 2019. They found that Bitcoin had about 334.8 average monthly developers. For comparison, BCH and BSV have 54.6 and 25.8 average monthly developers, respectively.

However, funding open-source development is a challenge. Independent developers are not employed nor paid a salary — they often spend time outside of their full-time jobs to contribute. Some even operate anonymously, which prohibits them from being properly compensated.

For more information about why open-source is important for cryptocurrencies, check out this great piece from Peter Van Valkenburgh of Coincenter, a non-profit focused on advocating for open cryptocurrencies.

The goal behind “Let’s Build Bitcoin Together!”

Funding open-source crypto development is critical to the growth of the crypto space, but in practice, it can be incredibly challenging. While some companies have hired in-house open-source developers or donated to organizations like MIT’s Digital Currency Initiative, we wanted to try something new.

Our goals were to:

How did we select the donation recipients?

While planning for the campaign, we reflected on the rise of Bitcoin and observed its positive impact on the industry. From the offset, we knew that Bitcoin would be apart of this campaign, but as an exchange, we decided to include Bitcoin Cash and Bitcoin SV, two projects that had hard-forked away from Bitcoin and that we currently support the trading of.

A note about Bitcoin: BTC developers were the most challenging to select, given Bitcoin’s decentralization. We surveyed well-known independent core developers and reached out to individuals who were willing to accept donations.

We are grateful to the organizations and developers who agreed to be a part of our pledge, and we hope to make many more contributions to open-source development in the future.

How can you get involved?

Learn about open-source development and spread the word. The more people that understand the importance of funding open source development, especially in crypto, the better! Check out Open Source Guides, powered by GitHub, or Wired’s more recent article called, “The WIRED Guide to Open Source Software.” Have more recommendations for interested readers? Comment below!

Vote on OKCoin, and we will donate 0.02 BTC on your behalf. Be a part of our campaign, and listed developers will directly benefit from your vote.

Donate using your own funds. Want to contribute even more or have a specific developer you respect? You can donate directly by using the recipient addresses listed here. Please double-check the address with the developer’s public tweet before sending any funds

Contribute code directly. If you want to learn and code, take a look at Jimmy Song’s Programming Bitcoin (a donation recipient), or Justin Moon’s BUIDL Bootcamp.

We thank our community for its continued support

Open-source development is critical to the long term growth of the entire crypto ecosystem, and we hope that we’ve shed some light on why it’s important and what you can do to support the hard-working developers in the space!

Have feedback on what we could’ve done better? Want to shout words of encouragement? Feel free to tweet at us (@OKCoin) or me (@jasonklau)!

Lastly, if you are a developer looking for funding, please get in touch with us on Twitter. The OKCoin team is excited to keep this momentum going and to continue to engage and support the community.

Our app just made crypto on the go even easier

Our latest mobile app update makes buying and trading crypto easier than ever. See what’s new and how you can take your on-the-go experience...

As part of our Developer Grant Program, we contributed $150,000 to Brink and Gloria Zhao to support her open source work. Learn more about h...

Get on the waitlist for our zero-fee NFT marketplace

We’re opening the waitlist to Okcoin NFT, including our easy-to-use, fee-free NFT marketplace. Here’s what it’s going to look like, and how ...