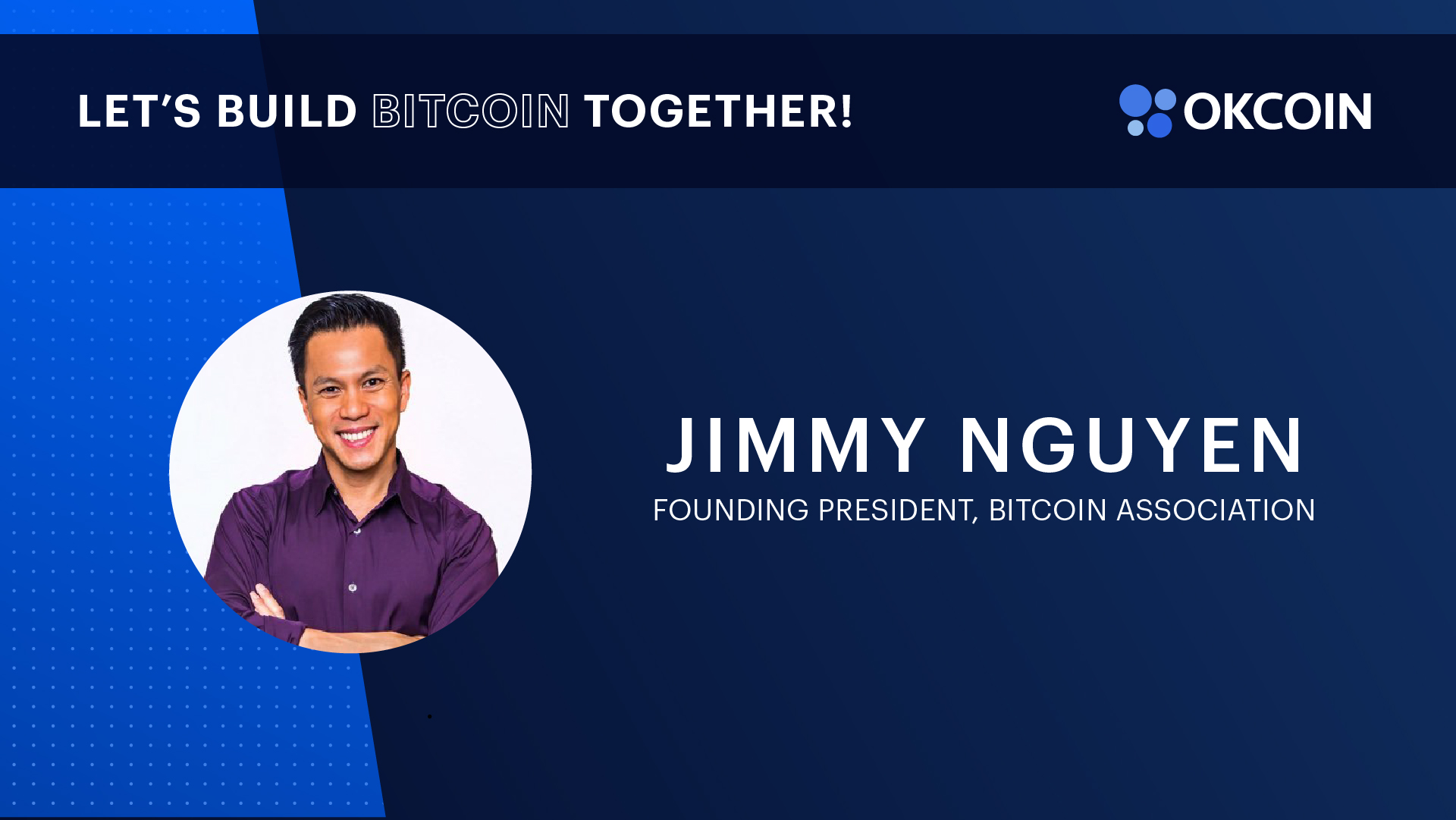 Jimmy Nguyen is a figure who often finds himself at the forefront of technological innovation. In the 1990s, he started a career as a digital lawyer just as the modern internet began taking shape. Today, he is the founding president of the Bitcoin Association, where he works to develop Bitcoin SV into the digital equivalent of cash. As our guest on this week’s OK Let’s Chat, we couldn’t wait to discuss Bitcoin’s true potential, how traders and developers alike misinterpret it, and the major hurdles to mainstream crypto adoption.

Bitcoin should surpass its limitations to become electronic cash

To anyone who doesn’t follow crypto, BSV might seem like just another Bitcoin token. From Nguyen’s perspective, Bitcoin SV is a solution that uses Satoshi Nakamoto’s original vision to expand on blockchain’s capabilities.

“Blockchain technology is behind what I would like to see with cryptocurrency … particularly on the BTC chain,” Nguyen admitted. “Bitcoin was born to be a peer-to-peer electronic cash system. But because of the scaling restrictions, the artificial crippling of the Bitcoin network that were placed on the block size … the BTC chain has never grown to fulfill [this dream.] It’s not fast, it’s not cheap to transact, and it’s not used as daily cash.”

Nguyen’s goal — and that of the larger Bitcoin Association — is to restore the original Satoshi vision and implement it on a global scale. If this is accomplished, BSV could become a widely-accessible cryptocurrency that supports relatively painless transactions.

“Satoshi Nakamoto did not write a Bitcoin white paper that was entitled ‘Bitcoin: A Peer-To-Peer Store of Value System,’” Nguyen continued. “He wrote for and designed a peer-to-peer electronic cash system, so I think that is an artificially created after-the-fact narrative. I think that is exactly why Bitcoin SV is necessary to restore the original Satoshi vision of a massively-scaled blockchain that allows for fast, instant transactions that are super-cheap to produce so that people can use the system as electronic cash on a daily basis.”

Block caps must be lifted so Bitcoin technology can grow

Should block caps be maintained indefinitely or removed from blockchain networks? This question has prompted intense debate across the entire crypto space with strongly-worded arguments on either side. Nguyen’s stance on the matter is no exception: Not only should cap restrictions be lifted, but he also doesn’t believe any reasonable argument exists for maintaining them.

“I don’t view there to be a solid argument for keeping the block cap stuck at 1 megabyte forever,” Nguyen said. “It would be like saying someone created a worldwide technology system and never intended it to grow. It’d be like saying ‘Oh, I created the internet, but I will only allow a certain number of websites to be able to ever live on the internet. I created an email system that only allows me to ever send up to twenty emails an hour.’ That doesn’t make any sense. of all kinds is always meant to grow and scale depending on what market forces and users demand.”

The usual counterargument to Nguyen’s points is that block limits are designed to protect individuals running their nodes so that mining doesn’t become expensive and corporatized. Nguyen’s perspective here is that Bitcoin was never designed to be restricted to individual operators. In his view, block limits are comparable to training wheels that are removed once a network’s potential has been realized.

“[Satoshi] predicted a future of data server farms that would take over from individual mining nodes on the network,” he continued. “[Limiting block size] does not allow Bitcoin to grow into a global network. What it would do is keep Bitcoin trapped in a crypto hobbyist world.”

Bitcoin is private, not anonymous

As cryptocurrency approaches everyday use, many early adopters have started to worry that mainstream adoption will compromise Bitcoin’s original principles, particularly when it comes to anonymity. To Nguyen, this is a misdirection — Bitcoin will experience widespread growth when it stops being anonymous and starts being private.

“I think [anonymity] is the biggest factor that will inhibit day-to-day growth and usage of cryptocurrency because it paints crypto [as being exclusively for] illegal activity,” Nguyen explained. “Bitcoin transactions are private. They’re pseudonymous, not anonymous. And the fights we’ve had with other camps are because they wanted to add technical features into Bitcoin to make it more anonymous and that’s what breeds illegality.”

Nguyen notes that anonymous transactions are far more valuable to criminals and illegal enterprises than they are to everyday customers. This ultimately drives both consumers, businesses, and governments away who would otherwise be interested in the technology. “It is the pursuit by many crypto camps of more anonymity in cryptocurrency that I think is going to most inhibit cryptocurrency’s growth,” Nguyen stated. “That’s why in the Bitcoin SV world, we’re not going for that.”

We’d like to thank Nguyen for taking the time to speak with us! Be sure to subscribe on iTunes or wherever you get your podcasts.

Ethereum underwent a rally as ETH2 took place while DeFi protocols have been bugging out and making acquisitions  Like bitcoin, the past ...

In the November 6th DeFi update, we look at recent market volatility, why a Wall Street firm owns $75M in Ethereum tokens, and timing for Et...