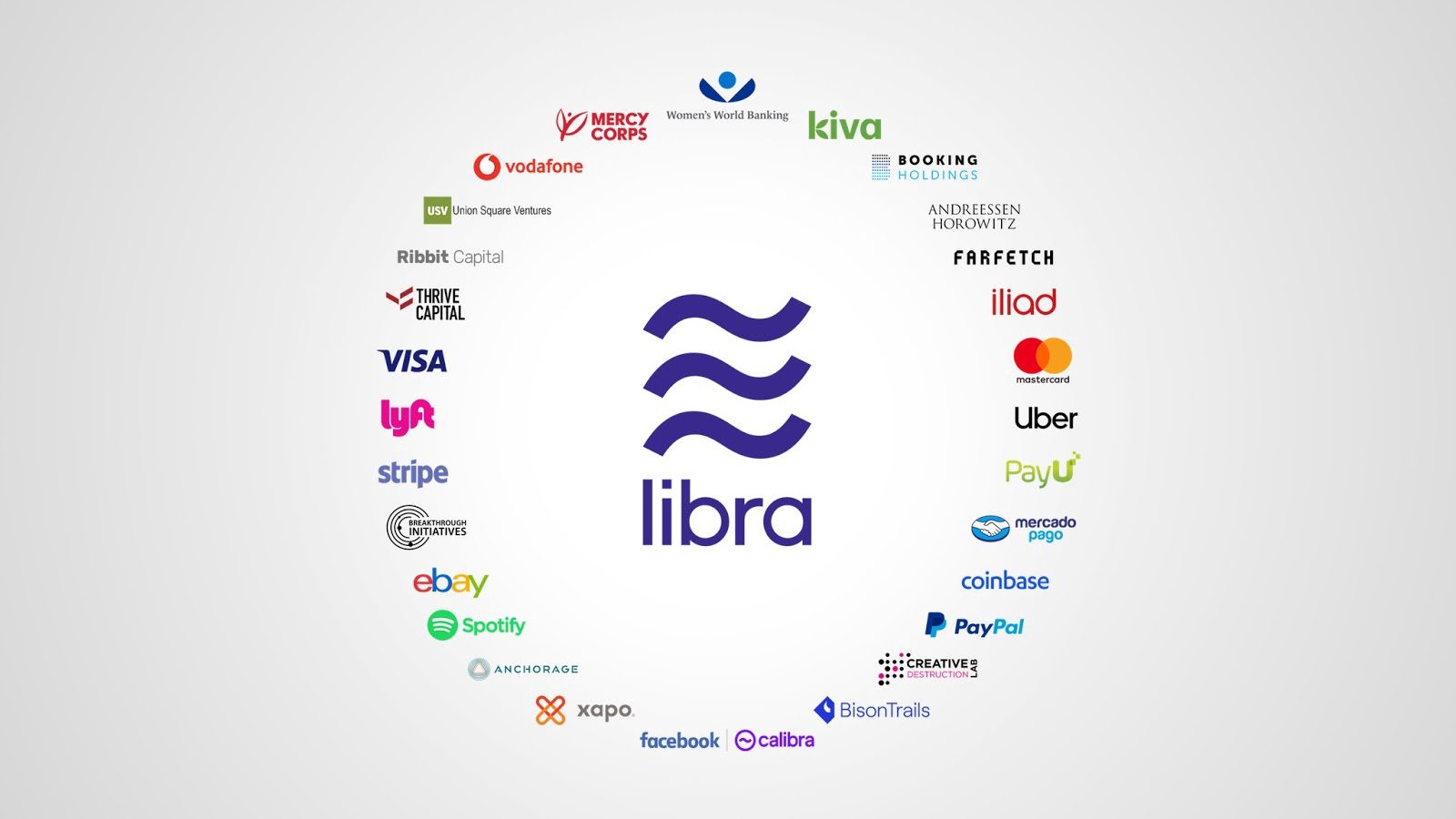 In June, Facebook announced its cryptocurrency project, Libra, unleashing a storm of controversy. US lawmakers have historically disregarded the crypto industry, opting for a wait-and-see approach to see if bitcoin remains an “experiment.” But the release of the Libra white paper, and subsequent congressional hearings launched a highly-charged debate. Skepticism soon turned to outright condemnation as regulators, politicians, and central bankers began to understand the scale of Facebook’s ambitions.

I’ve been following these debates closely over the last few weeks and I’m excited for the chance to weigh in. We live in fascinating times and I feel incredibly lucky to be in the cryptocurrency industry. My career has been a unique patchwork of experiences: After serving as Visa’s AML Officer for five years, I left in 2014 to become BitPay’s Chief Compliance Officer. Prior to that, I spent 12 years at the Federal Reserve and four years at the FDIC as a bank regulator. Given my personal history, I felt compelled to share my perspective with our community.

Personally, I was shocked by the push-back from government officials. I began to ask myself, what makes Libra unique from other cryptography-backed digital assets or stablecoins? Where is crypto regulation headed? And, most importantly, how can we in the industry rally to support our vision for the future?

During the initial Libra hearing, Senators zeroed-in on the issue of trusting Facebook. Perhaps, given the recent Cambridge Analytica scandal, lawmakers are concerned that Facebook may prioritize its interests over those of the nation. But the animosity against Facebook is a side-show — it does not justify all of the vitriolic, often hyperbolized statements. Rep. Maxine Waters asked point-blank: “Why should we trust Facebook?” She went on to request a “moratorium” on Libra’s development, given the company’s “troubled past.” In an even more profound escalation, Rep. Brad Sherman stated that Libra could be more dangerous to the US than 9/11.

It’s clear Facebook touched a nerve. Why? If successful, Libra will function as an alternative to government-issued money (i.e., fiat). Facebook is likely to win mainstream buy-in for its digital currency, given the sheer scale of its platform. If this happens, more businesses will be compelled to accept Libra as a method of payment. It will become a viable medium of exchange — a key characteristic of money. Secondly, because it is backed by a basket of fiat currencies, Libra will be an effective store of value, even in the face of economic fluctuations. Given Libra’s potential, regulators have begun to fear the reemergence of “private money.” This is the real battle.

The US has a patchy history with private money, though this is not because it is inherently inviable. In fact, according to this prescient article from 2007, private money historically emerged to solve problems with liquidity — problems that government-issued money was unable to address. One historical example which arose during the Libra hearings is ‘scrip,’ a form of credit awarded to workers by private firms that were unable to make conventional payments during the Great Depression. Similarly, “wildcat” banking emerged in the 19th century to serve customers in remote locations. These banks were unregulated and, as a result, had a window to take advantage of consumers. During the House Financial Services Committee Panel, Rep. Alexandria Ocasio-Cortez seized on this poor example of private money, creating a parallel to Libra. Preserving government oversight over currency is clearly top-of-mind for regulators.

Up until this point, lawmakers have been unphased by the progress of Bitcoin or stablecoins. But Facebook, with its 2.7 billion users and over $500 billion in market capitalization, has much more far-reaching ambitions. It intends to implement Libra on a global scale, and it has the resources to do so through its userbase and partnerships. US lawmakers are not eager for this vision to take shape. Perhaps they are concerned about private interests undermining the stability of the economy. Conversely, maybe they think that governments should be the only ones to issue money, and they are reluctant to cede their monopoly. Some US officials also see Libra as an international security issue, citing the project’s ties to Switzerland. They seemed to have recommended regulatory oversight by the Federal Reserve, since Libra may prove to be a “systemically important financial institution.”

This reaction aligns with precedent. Following the Great Recession, regulators pushed several organizations, including MetLife, to become SIFI-designated. Non-bank systemically important financial institutions are subject to direct oversight from the Federal Reserve, often at great cost to the organization. However, this designation is a legacy of the recession, and it only serves to stifle innovation in the private sector. Even the Financial Stability Oversight Council, chaired by Treasury Secretary Steven Mnuchin, agreed to rescind MetLife’s designation. Now, only Prudential Financial remains in this category. To apply the SIFI designation to Libra would curtail its potential with restrictions that no longer serve a positive function in our economy.

Where is crypto regulation headed?

At OKCoin, we believe that sound, balanced regulation is not only necessary but also integral to the growth of the crypto industry. As a digital asset marketplace, matching buyers and sellers, we believe digital assets are commodities or simply, digital goods. Back in March 2013, FinCEN defined digital assets quite differently: It took a bold step of defining Bitcoin as a Convertible Virtual Currency (the word “currency” being paramount). We are optimistic that one day Bitcoin will be a currency — and we remain dedicated to developing this ecosystem — but, at present, this definition feels inaccurate. Among regulators, this “currency” versus “commodity” debate has revealed that crypto does not fit neatly within our current categorizations.

Cryptocurrencies often transcend categories like ‘currency,’ ‘commodity,’ and ‘security,’ because they may have attributes of any or all three of these. Jeremy Allaire, CEO of Circle, who testified at the Senate’s subsequent general hearing on crypto, believes we need to create an entirely new category for digital assets. Unfortunately, this debate has been hijacked by polarized interests. It’s clear that the key issue for regulators is not blockchain or the viability of a digital payments system. Distractions dominate. Here’s what we, in the industry, can do to tune out the noise.

Rather than engaging in an unproductive debate that focuses more on Facebook than the future of crypto, we need to buckle down and BUIDL. For those of you who are unfamiliar with the term, you may have heard “HODL,” which originated in a 2013 Bitcoin Talk Forum. HODL originated as a misspelled, albeit enthusiastic, call to the world to “hold” crypto, not sell, and have conviction in its future. BUIDL, meanwhile, emerged in 2017 as industry leaders sought to redirect the conversation. We need to focus on building new crypto infrastructure — not just holding our digital assets. The same applies now, as Libra dominates the crypto media.

OKCoin has always been a respectful regulation-compliant exchange. OKCoin USA Inc. opened its US market focused platform in July 2018, while OKCoin Technology Company Limited has been servicing the rest of the world since 2014. We’ve been compliant from day-one because working within local regulatory frameworks makes digital assets more accessible in the long-run. In the US, we comply with existing convertible virtual currency guidelines established by FinCEN since at least March 2013. OKCoin’s mission is to make digital assets accessible to the world, and now it’s time to build. As the regulatory war wages on, we plan to focus on the following:

That last point is crucial — as we saw in the Libra hearings, misinformation abounds among lawmakers. Rep. David Scott even made the unfortunate mistake of confusing Libra with “LIBOR,” the London Inter-Bank Offering Rate. These elected representatives are intelligent, educated people, but crypto and blockchain are emerging technologies. As industry stakeholders, our role is to add clarity to the conversation by educating the mainstream.

We are lucky to live in a democracy

As citizens of a democracy, it’s our job to hold lawmakers accountable. Moments of this debate might seem foolish, as in the case of the Libra/LIBOR mishap (by the way, props to Chairman Powell for responding using the word “LIBOR,” without missing a beat). But it’s important to elect representatives who share our values. Notably, several lawmakers expressed optimism about crypto and blockchain in general. For example, Sen. Kyrsten Sinema clarified that crypto is not the first choice payments system for drug traffickers. In a similar vein, Sen. Pat Toomey said, “We shouldn’t prevent what can be a tremendous financial innovation. There is a big potential in blockchain technology.”

However, it’s clear that some of our representatives have a different agenda. Last week a group of lawmakers floated a draft bill titled “Keep Big Tech Out of Finance.” The proposed bill recommends that tech companies may not establish digital assets as a “medium of exchange, unit of account, store of value.” As noted at the Senate Banking Committee’s general crypto hearing by Professor Mehrsa Baradaran, it’s the job of innovators to dream up a better world, and the job of regulators to imagine all the ways it can go wrong. Personally, I hope regulators can break free of this mindset and remember the doom-and-gloom reactions that some of the most brilliant innovations elicited.

Many called the internet a fad in its early days, and I myself admit to some skepticism around PayPal 20 years ago. This amazing, relevant articlereviews public opinion at that time. I must confess: In 2001, as a bank regulator, I had a biased belief that only illicit actors would use PayPal. As that article highlights, “All it takes to open a PayPal account is a name, email address, and password.” To me, this sounded like a boon for would-be money launderers. Fast forward to today, and we see that PayPal is used by people in all walks of life for legitimate transactions. This is the dawn of the crypto revolution, and revolutions can be scary. But if regulators take a chance, we could see tremendous innovations in the future.

Our job, as citizens of a democracy, is to take a critical look at such proposals like this and decide if they will stifle innovation. Governments and regulations aren’t going away, so we have to rally together and vote for the future we want to see. For now, keep calm, and BUIDL crypto!